London tends to be quite quiet over summer as everyone heads off on their holidays, not in 2016 though. As July draws to a close, we look back at the 20 bars and restaurants that have opened in this month…

Opening opposite Kensington Palace, cocktail bar, Hyde will be serving up drinks created by award winning bar tender and co-founder of The Cocktail Trading Co. Andy Mil. Adi Gunawan will be heading up the kitchen with a Pan-Asian menu.
www.hydekensington.co.uk

Nuts about health restauranteurs, Charlie Gilkes and Duncan Stirling, are back with an all-day fast, casual healthy eating South Kensington joint called Squirrel. The staff is trained in nutrition while the venue will feature a twenty-one foot long fallen oak tree that will make up the service counter and lights will be housed in hanging acorns, while diners eat from acorn vessels and sit in timber clad tree-houses at large picnic style tables.

Tabun Kitchen will use founder, Hanan Kattan’s, family recipes to bring authentic, quick and affordable Middle Eastern dishes to Soho. The menu leads with wraps that are made from high protein flour with fillings of lean chicken, falafel, lamb or Mussakan.

Situated on George Street, the 58 cover restaurant will be serving up refined Mediterranean dishes with fusion twists. Dishes include red tuna spaghetti, Bavette with lobster, courgette flowers and leeks, and lava cake. 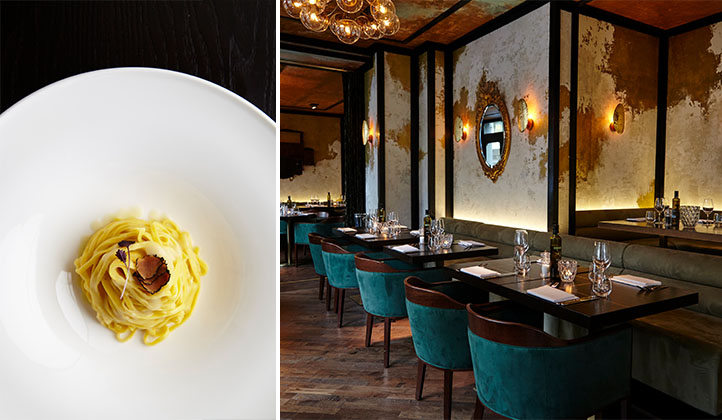 Ceviche and Andina founder Martin Morales is back opening a new 58 cover restaurant will draw on his memories from eating in family-run, traditional restaurants, in Peru (known as Picanterias) as a child. The two floor venue will boast a basement kitchen as well as a ceviche counter, pisco bar and takeaway area.

The burger giant is back, this time opening up shop in Shoreditch with classic offerings of the Ari Gold and Smokey Robinson on the menu as well as new editions. Signature drinks will sit alongside new offerings which can be enjoyed in the speakeasy drinking den as well as throughout the venue. 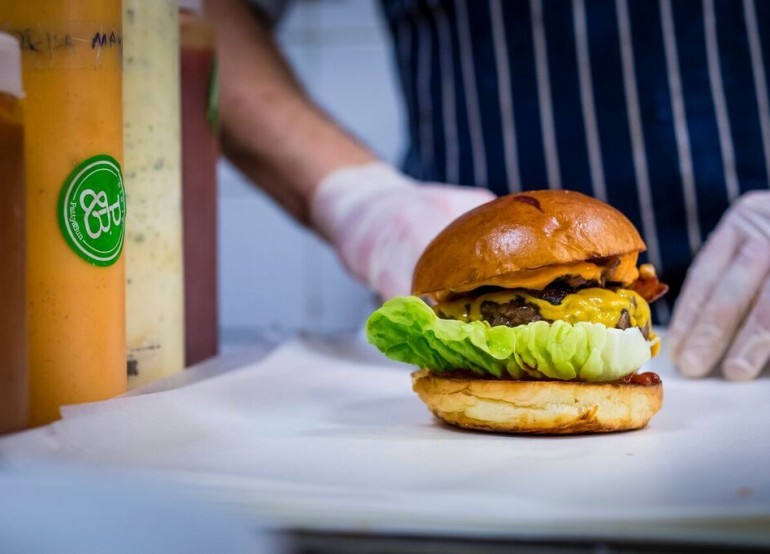 Michelin star dining gets a floral-inspired make-over as Head Chef, Sameer Taneja, opens a surreal British – Indian bar and restaurant inspired by the 10,000 of plants found on the subcontinent. Dishes include the likes of sea bass, sea spinach, chilli coconut, parsnip purée and dill, while drink wise it’s all about the botanical cocktails.

Taking it’s name from Lord Nelson, who was also known as Duke of Bronte,  the restaurant which opens on hte Strand features a global menu that has Pacific and Antipodean influences, created by Executive Chef Andrew Lassetter and Head Chef Jonathan Villar. Reflecting the menu, the space, designed by Tom Dixon is elegant and glamourous. Floor to ceiling windows flood the pantry area with light, while subtle colours merge it with the main dining area.

Rok opens its second Nordic themed restaurant that sees Executive chef Matt Young in charge of the menu and the sixty cover restaurant that will feature seasonal summer offerings which will feature classic dishes from their Shoreditch restaurant (such as duck with lingonberry bacon jam and wood smoked peach) as well as new dishes. 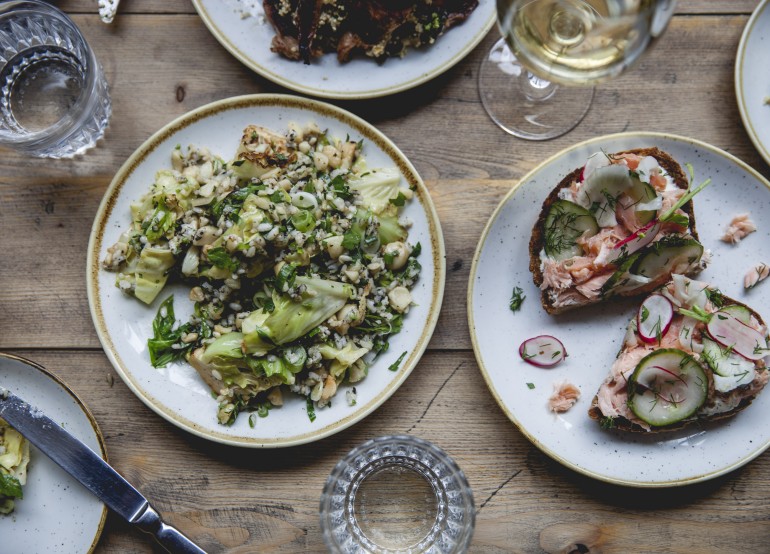 The humble crepe has been given a full time home with the opening Mamie’s that offers hungry Londoners a host of crêpes and galettes from the comfort of a coffee shop style venue. Founded by Aymeric Peurois, Mamie’s will be serving up authentic crêpes across all three floors of its Covent Garden setting. You can also pick them up to go or if you have more time to indulge then you can stay for a full meal and head to the La Cidrothèque in the cellar.

Italian restaurant inspired by the bustling markets of cities such as Rome, Venice and Napoli which has opened at Sheraton London Park Lane Hotel. Reflecting the different regions and traditions of Italian cuisine, the menu has been created by Head Chef Davide D’ignazio who has taken inspiration from the produce of his home country as well as the time he’s spent in some of the world’s top restaurants.

Texan founder, Joe Walters, is bringing his recipes from home to create a menu that includes USDA beef brisket, beef prime rib, pork shoulder, as well as mutton shoulder and ribs, that all come with house-made pickles and bread. Menus are printed in the style of a 1936 Texas Newspaper, The Big Smoke Signal, where in between mouthfuls you can read articles written by top BBQ journalists.

Created by Daniel Bear, the founder of Euphorium Bakery, Carve will be redefining the roast with their guilt-free, high-protein carve pots. Big on flavour. the carve pots will be made from meat, fish and tofu slabs which are hand-carved, pulled and prepped on a special raised carving podium.

On the menu will include many of the classics from the other venues such as fishcakes, saveloy sausages, mushy peas and – if you can handle them – jellied eels. Reflecting the energy of Soho in the 1970s, the interior features petrol blue leather, tongue and groove panelling and painted anaglypta wallpaper.

Following the opening of Portland last year, Will Lander and Daniel Morgenthau and chef, Merlin Labron-Johnson are back with the opening of Clipstone. The 52 cover restaurant will be minimal in design; it’s all about textures, soft touches and subtle features while the menu will feature cold cuts, summer plates, larger sharing dishes and sourdough flatbreads. 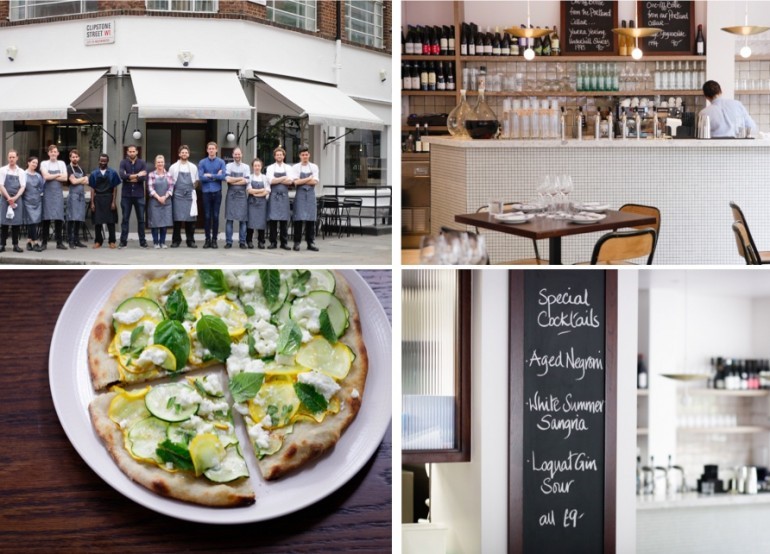 Inspired by Dickens’ novel, The Four Sisters Townhouse is tucked away on Bow Lane (which features prominently in Dickens’ novels) and draws on both sumptuous Victorian gentleman’s clubs and old curiosity shops for inspiration.

Inspired by the simplicity and seasonality of farmhouse cooking in Provence and Languedoc, Alex will be (Stevie Parle protégé and former Head Chef at Rotorino in Dalston) using authentic imported ingredients alongside quality British meat and fish at Sardine, a restaurant that promises a quick, fuss-free, buzzy dining experience across breakfast, lunch and supper. 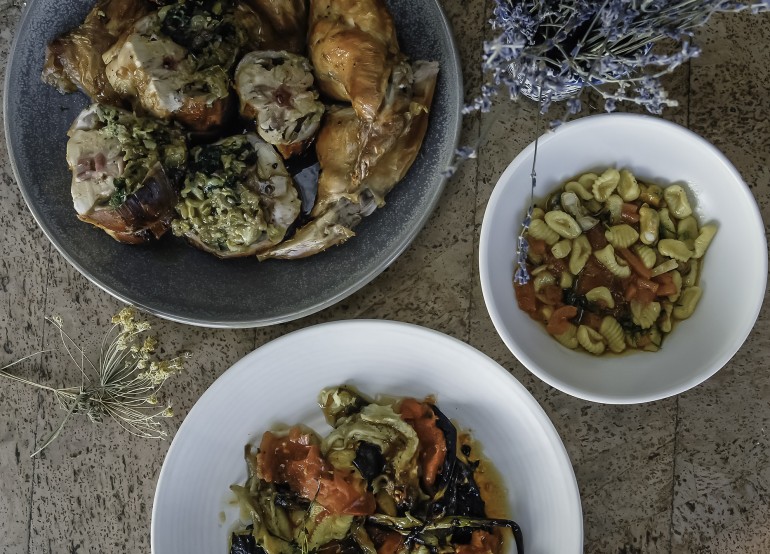 The much-loved Marylebone restaurant, Pachamama will be getting a sibling in the form of Chicama, which will be opening its doors on the King’s Road. You won’t find any meat on the menu, instead the Peruvian seafood restaurant will be taking market fresh fish and revolving the dishes around the fish of the day.

Join 103k Members Who Get The Best Curated News & Lifestyle Features For Your Inbox.