Tomorrow is the officially the start of autumn, but rather than feel sad about the end of summer, let’s take a little look back at the restaurants and bars that have opened this month, from proper kebabs, to second offerings from the likes of Blanchette and the third Rum Kitchen. August was a busy month… 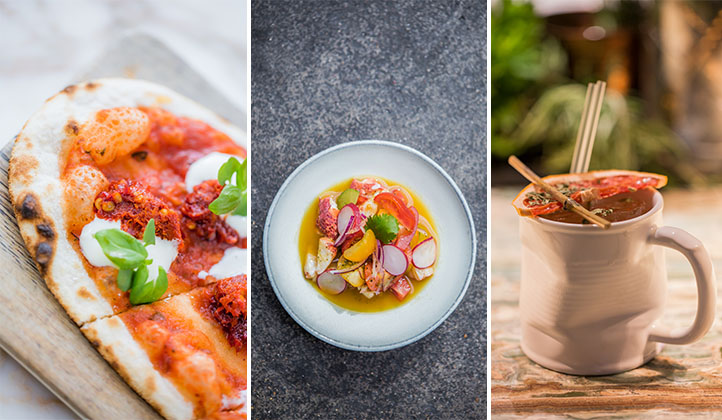 Following on from the opening of the May Fair Kitchen, Monmouth Kitchen is the next opening from the Edwardian Hotels London team. Serving up a mix of Italian and Peruvian tapas with dishes including smoked lamb cutlets with red anticucho and pan-fried salmon with Calabrian chilli salsa. Make sure you order a Pisco cocktail too.

If you like kebabs but don’t like the grease-laden sorts you find at the side of the motorways, then you need a little bit of BabaBoom in your life. Just opened in Battersea, the restaurant is serving up healthy kebabs which are full of big, fresh Middle Eastern flavours. You need to check out the brunch at the weekend too. 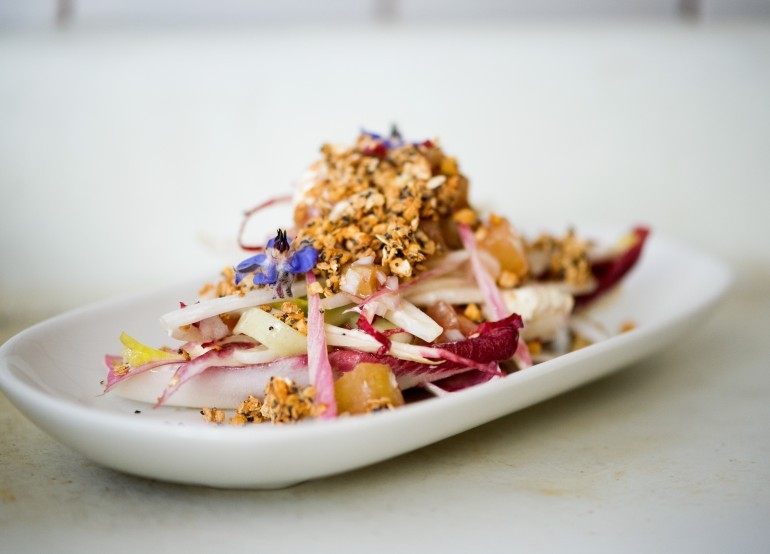 The second Blanchette opened this month on Brick Lane. As with its sister venue in Soho, the focus is on Southern French dishes, although there is also a North African influence in many of the dishes. We’ve recently reviewed it and highly recommend it.

Following on from the success of their Pastificio con Cucina shop in Turin, the Shoreditch counterpart will let guests buy pasta to eat-in, take away or cook up at home. At the heart of the Savurè will be the Il Pastificio, the pasta lab where every day you can watch the chefs making the fresh pasta.

Marylebone restaurant, Yosma brings together meyhane, mangal and seafood from the Bosphorus. There will be classic Istanbul dishes alongside new takes on old favourites. In the cold meze you’ll find the likes of Deniz Börülce – steamed samphire, lemon, garlic and olive oil or choose a hot starter such as Mantı – Turkish dumplings stuffed with lamb neck, yogurt sauce, chilli oil and mint.

Inspired by the 1950s cha chaan teng cafes of Hong Kong, this Holborn restaurant will be serving up a menu of Chinese comfort food that is infused with Western influences. Signature dishes include deep-fried peanut butter French toast and crusty rolls with filling including spam and fried quail egg or soy pork chop. 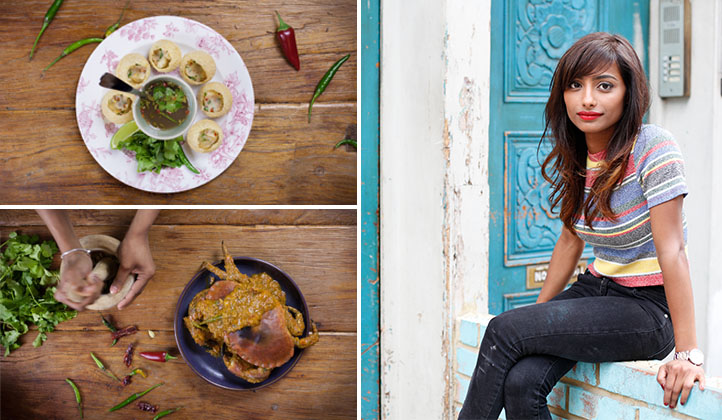 Food blogger, Shrimoyee Chakraborty  has opened in Fitzrovia bringing the unique warmth of Bengali cooking to central London. The a la carte menu consists of simple dishes ideal for a quick lunch including beguni (aubergine fried in chickpea flour) and chicken reshmi kebab (chicken thigh kebabs marinated with mint and coriander) with more hearty dishes including ‘Calcutta’s answer to a Sunday roast’.

Livio and Lorenzo Belpassi aka the Belpassi Bros have opened their first permanent restaurant on Tooting High Street. As their website says: ‘We make meatballs, we cook them, you eat them’. Sounds good to us. Sticking to their ethos of simple, quality ingredients, the 40 cover restaurant will be serving their classic beef and pork meatballs with homemade sauces either served in a sandwich, on top of polenta or homemade pasta.

The third rum kitchen is bringing a taste of the Caribbean to Notting Hill. You’ll be able to get the Rum Kitchen classics, we’re talking favourites like the jerk chicken bowl and 18-hour slow cooked pork belly ribs, as well as being able to try over 200 different rums! 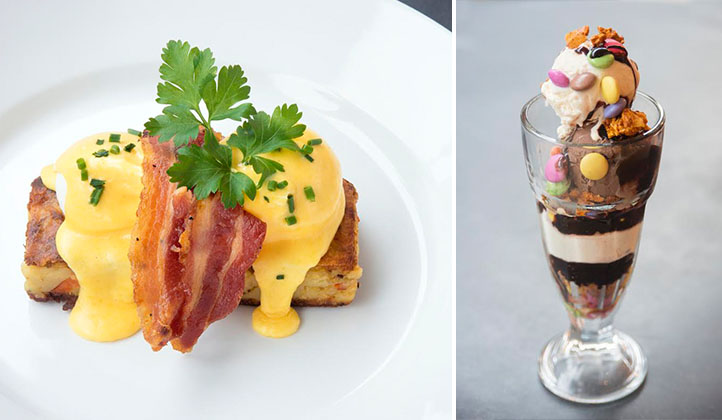 The new VQ is rather like the other two VQs except this time the restaurant that is famed for being open 24/7 wont’ be opened 24 hours a day…dun dun duhhh. Instead, the Notting Hill offering will be open from 7am during the week and 8am at the weekend until the early hours of the morning, so you can still eat Eggs Benedict at 9pm if you fancy it. Which we do.

The second Four Hundreds Rabbit opened this month in Nunhead and the team are back with their pizzas, craft beers and gelato from the guys at Gelupo. It’ll have the same award-winning Aztec-inspired design as their Crystal Palace sibling so if you like, pizza and beer and well the Aztecs, then  you can’t go wrong here.

Keep up to date with all London’s new restaurant, bar and hotel openings here!