The London restaurant scene isn’t slowing down towards the end of the year… unlike the rest of us. November saw The Handbook cover a whopping 23 new restaurant and bar openings – everything from the first ‘department store of dining’, Kitty Hawk, to New York’s critically acclaimed 2 Michelin-star restaurant, Aquavit, given a more relaxed feel in St James’s Market. If your month has been as busy as the restaurants below then you may have missed a few, so let us guide you through all the new places you need to know about. 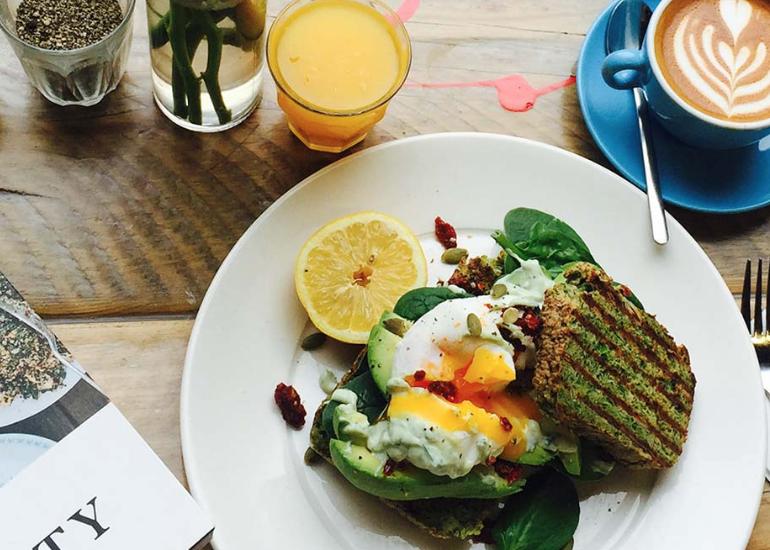 Voodoo Ray’s and Dalston Superstore teamed up to create a late night drinking den, known as Ray’s Bar, situated beneath the Dalston restaurant. Split into three sections; aperitifs, mains and desserts, the cocktails have been inspired by the Dalston area and will bring together handcrafted spirits, fresh ingredients and homemade bitters. 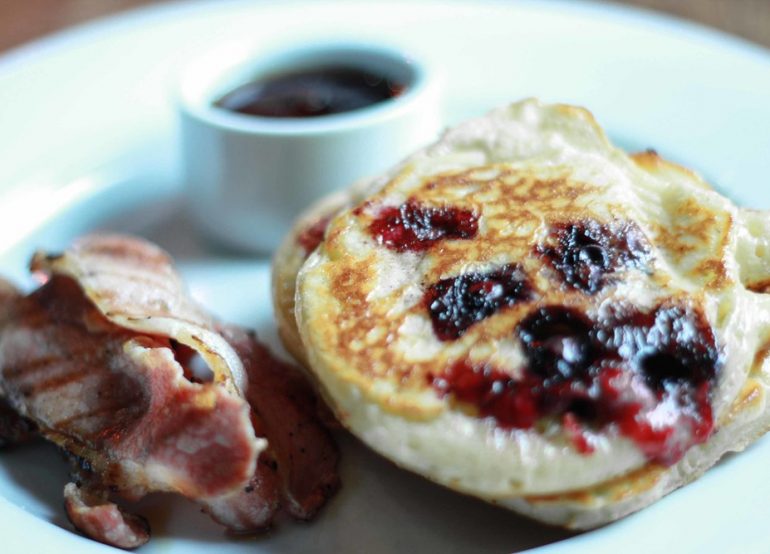 Previously housed in an old Victorian textile factory, Jones & Sons have moved home to Gillett Square. Though there will be new dishes on the menu, remaining will be their classic dishes such as fried duck egg and truffle on toast and eggs benedict.

Having spent four years on the street market scene, Breddos Tacos are opening their first permanent location. The restaurant serves food all day, using British produce to create the best Mexican-American dishes. There’s also a large vinyl collection which you are free to choose music from. 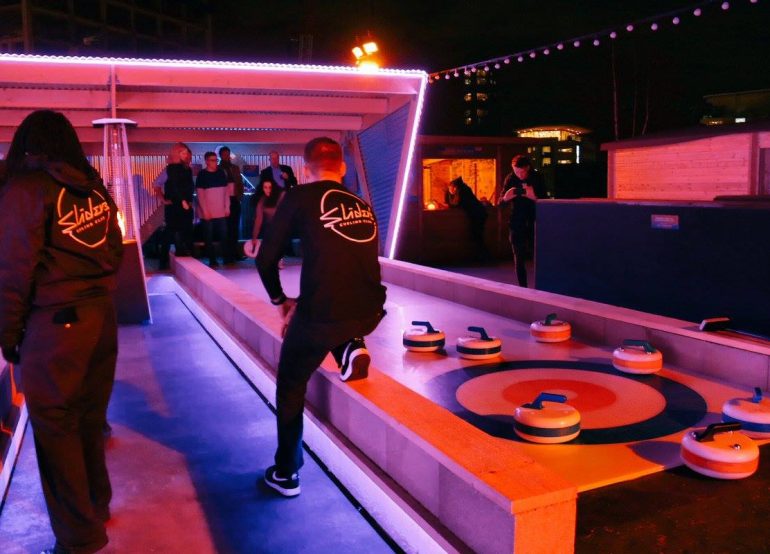 The team who brought to us the Rooftop Film Club have brought to us a rooftop curling club. There’s also 2 karaoke cabins, with the first being a shrine to Elvis, complete with rhinestone props whilst the second is take on Studio 54 and is decked out with disco balls. Of course there’s street food and cocktails too.

Perilla combines refined cooking with unpretentious surroundings, offering modern reinterpretations of classic dishes using seasonal ingredients. At the bar there’s a succinct wine list from Europe as well as gin from small batch distilleries which is the focus of many of the cocktails.

This is one for the meat and tapas fans; spread over three floors, the restaurant offers the signature cuts of Iberico pork and chuleton, as well as new dishes such as octopus with sweet potato and chorizo and slow roasted Castillian milk fed lamb.

Much like their flagship restaurant, SMITHS Cannon Street is devoted to bringing you the best cuts of meat and what with their flagship being located in Farringdon’s world famous meat market you can trust they know what they’re doing. The wine list is compiled by one of the world’s masters of wine and the craft beers come from both local and international brewers. 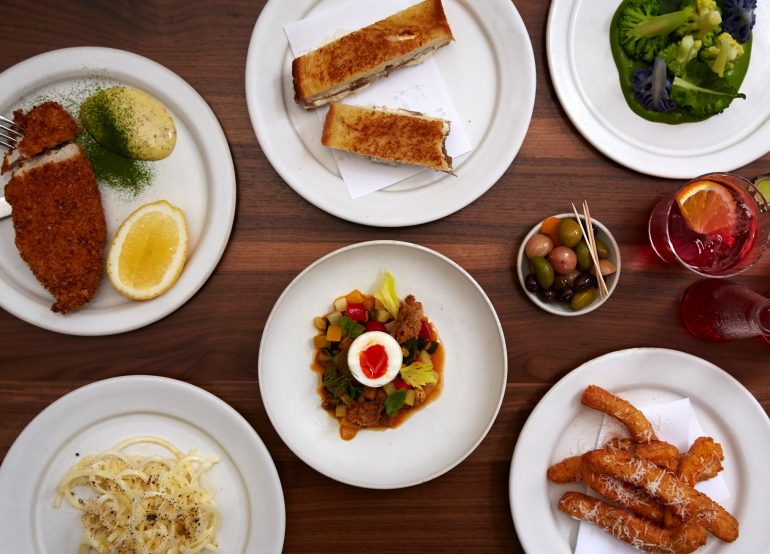 The team behind the award winning Michelin-starred The Clove Club have opened up their second restaurant in Clerkenwell. They use British produce to create Italian dishes, sample dishes include rump of angus beef stuffed with pancetta and spahettini with Morecambe Bay Shrimps and mace butter. The drinks menu includes classic Italian tipples such as vermouth and limoncello, whilst the decor too is inspired by Italy.

Seasonal Italian food in the heart of Stoke Newington. WOLF’s menu boasts dishes such as  Tuscan ricotta & spinach gnudi, on a bed of parmesan sauce with parmesan & sage crisp; and chargrilled octopus with chickpea inzimino & rainbow chard Their collection of wines is impressive, or perhaps choose a seasonal cocktail made with any of their infused spirits.

All about sharing and affordable eating, The Common brings to you seasonal dishes. Featuring dishes include steak, eggs and chips; and halloumi burgers and salad with lentils, chickpeas, red peppers and grilled aubergine. The selling point, however, is that the more you order, the cheaper it is and there’ll be changing daily As well as this, every third Wednesday of the month they’ll hold a free tasting club for 12 people to trial new dishes.

Five years ago, David Abrahamovitch and DJ Kaz James wanted to bring  a bit of Melbourne’s coffee culture to east London and they opened up Shoreditch Grind, and this month, they’ve opened up their biggest venture yet. Open from breakfast, you’ll find dishes such as mushroom breakfast croquettes; lunchtime will see an array of small plates; the evening you’ll find dishes like Isle of Mull scallops served with samphire, aubergine and goats curd. Later at night, head to the Club-Bar below for cocktails including the infamous Espresso Martini.

Inspired by Mexico City’s Condesa neighbourhood, Corazón serves up hearty Mexican comfort food. The menu focuses on a selection of 10 signature tacos and daily specials but there’re also ceviches, tostadas and salads. The drinks menu of course sees quality margaritas, agave and rum based cocktails, as well as sharing cocktails and American beers. 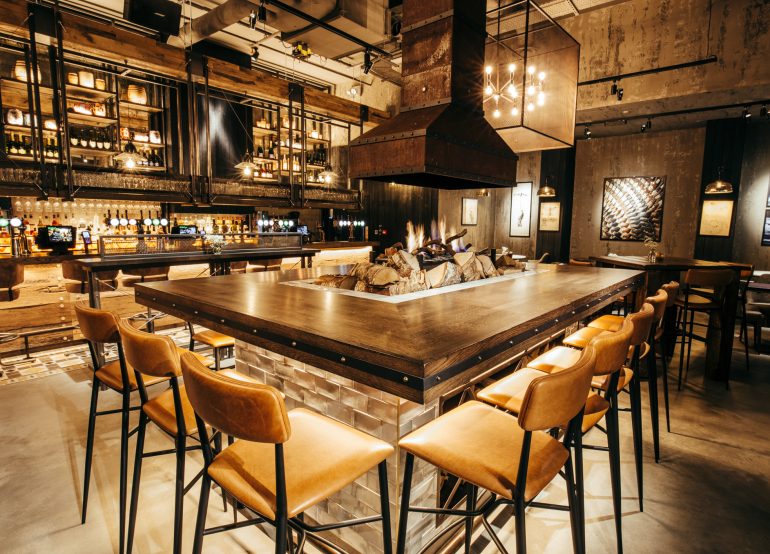 The first venture from the Wright and Bell group, the restaurant has been labelled the department store of dining – because it has everything you need under one roof! Start the day at the coffee bar and return in the evening to the wine bar. The menu features award-winning British meat and flat breads made in the fire dome oven. There’s also cocktails made from artisanal spirits and a wine list that is curated especially for each area by Rothschild and Milton Sandford.

Having spent the last couple of years serving up street food in their 1972 Airstream van ‘Big Bertha’, Chop & Chip launched their first permanent site this month.  As the name suggests it’s all about chops – choose from either The Flock (two lamb chops) or The Porky (one large pork chop) and then choose a seasoning. To accompany sweet potato chips, spicy curly fries and thick cut chips topped with pulled pork, lamb, beef, halloumi or jackfruit. 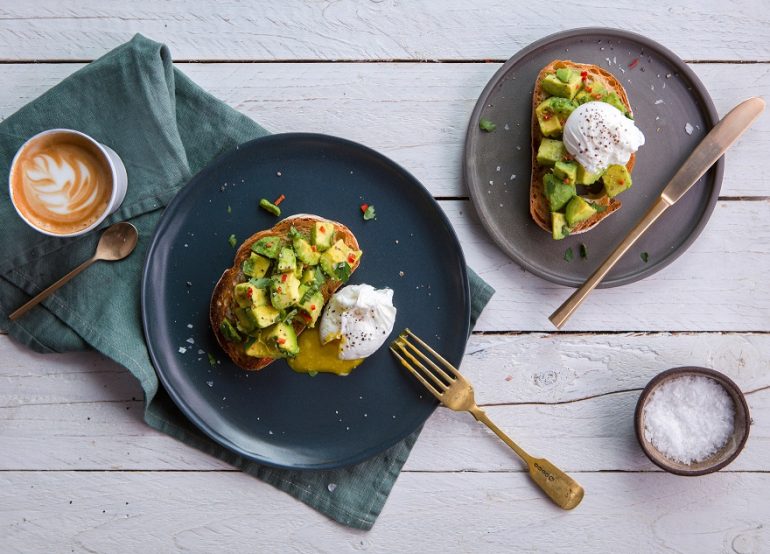 Opened by Drake & Morgan, the team behind the likes of The Folly, The Fable and The Anthologist, The Otherist is a new wine bar and restaurant. The menu will focus on seasonal British foods, with small plates and sharing platters. The evening menu will see lots of bar snacks as well as signature Drake & Morgan dishes such as classic fish and chips and burgers.

One for the carnivores, Bar + Block serve up high quality steaks without the high prices. Alongside an ever-changing selection of classic cuts will be a rotating steak special from the Butcher’s Block, and you’ll also find slow-cooked pork belly, beef short ribs, burgers, beef-dripping chips and salad. 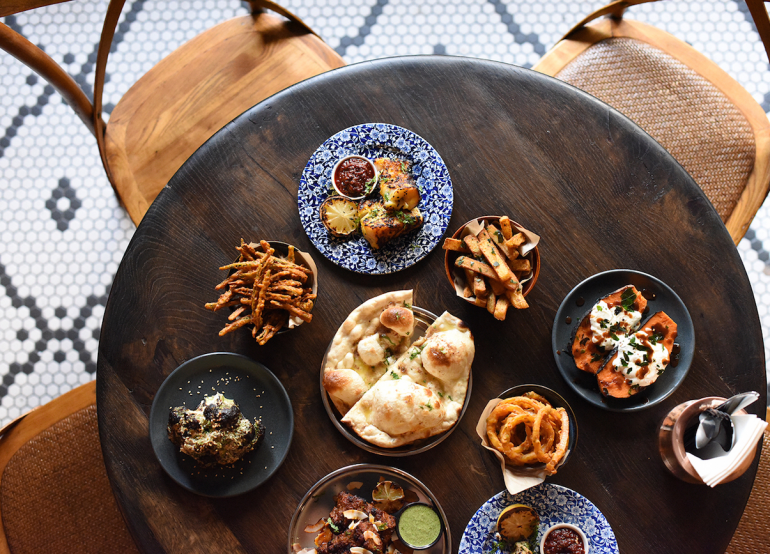 The restaurant brings together the characteristics of North Indian communal eatery and a classic British chop house. Tandoor ovens and Indian spices and marinades are used to cook select prime cuts of meat, resulting in sharing plates of hearty food.

Pizza, beer, mac and cheese…this is comfort food at it’s best. They’ve got New York inspired pizza, with toppings like pepperoni, spicy beef, smoked bacon and chicken; or for the veggies, sun-dried tomato, gordal olives, artichokes and mushrooms. Oven baked mac ‘n’ cheese is also big on the menu, and don’t worry, there’re salads too if you fancy something lighter. All this can be washed down with any of their craft beers or a glass of prosecco. 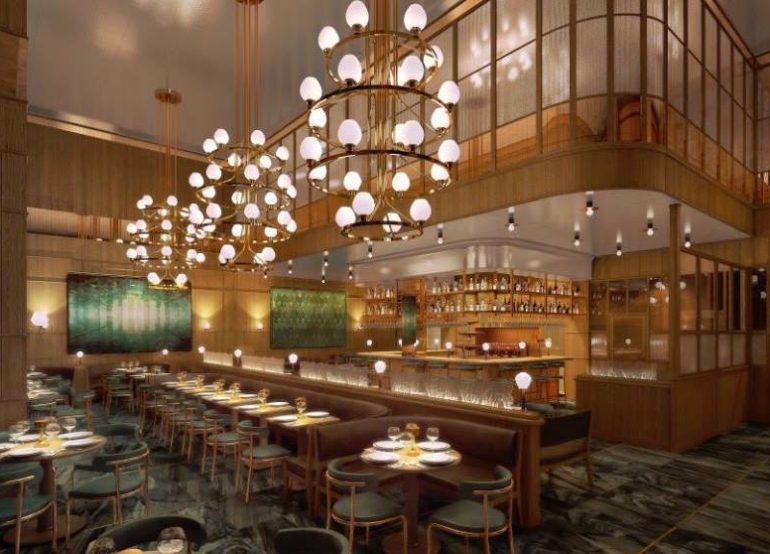 Two Michelin starred New York restaurant has flown across the pond to set up shop in London. The menu revolves around the changing Nordic seasons so expect dishes like butter-poached cod with fennel aioli and salt baked celeriac root; toast skage and seared duck breast with pickled quince and buckwheat porridge.

This month, a new Genovese Argentinian canteen opened up in East India Dock’s Republic Complex. Quilombero opens early, serving breakfast sandwiches such as focaccia with Napoli sausage, roasted peppers, fried egg. Lunchtime will see daily pasta dishes and dinner will revolve around large joints of meat roasted on an outdoor grill. The restaurant also has it’s own on-site off license, so stock up on wines and own branded bottled cocktails.

Want to keep up to date with upcoming venue openings? See all the latest openings here as soon as we hear about them.