As we come to the end of 2016 we take a look back at the food trends that we’ve been most obsessed about, from pop-ups which had us all queuing for a crisp sarnie to the rise of hygge and the Scandinavian takeover. With London’s food scene continually raising the bar, the question is, what does 2017 hold?

This has been the year that we’ve all become acquainted with the Danish concept of Hygge (pronounced hue-gah). That feeling of cosiness, simplicity, good food and great company – something we can all get on board with. Head out for a morning walk and then spend the day inside with plenty of tea, candles and a pie – we’re basically being told to hibernate. Divisive. Whilst London was quick to take it up with workshops and weekends dedicated to it at the likes of London Edition and pubs with fireplaces – others said it wasn’t what London was all about. That London is all about going out, which it is, so good thing that this was also the year of Scandinavian restaurants; 2016 saw the opening of Rok Smokehouse, Aquavit, the announcement of Aster, the Nordic Yulefest pop-up and Icelandic dining under the Northern Lights at Texture.

Just as food gets healthier in London it also gets more outrageous, more decadent and more likely to induce a food coma. Because what landed in London this year? The outlandish Freakshakes – 2000 calories-worth of milkshake, ice-cream, cake, doughnuts, chocolate…we could go on. We all queued up to get a snap for our Instagram and then suffered a massive sugar crash half way through. Bagels got the rainbow treatment and came over all psychedelic on us and Grill My Cheese mixed their cheese with unicorn tears* to create vibrant cheese toasties. We also welcomed the legendary Dominique Ansel to London with the opening of his bakery on Elizabeth Street – finally a constant stream of Cronuts® and cookie shots in our grasp.

*Bit of artistic license there, it was actually just beetroot and the like.

Middle Eastern recipes, dishes and flavours were celebrated in 2016 with the opening of several restaurants championing the area. There was Tabun Kitchen on Berwick Street with its tabun oven and wraps with traditional Palestinian fillings and Ceru which opened just this month and uses over one hundred ingredients and twenty spices to create a menu that focuses on the Levant. In June, Exmouth Market got a Middle Eastern-inspired shawarma bar and rotisserie grill in the form of Berber & Q Shawarma Bar – the second venue from Josh Katz and Mattia Bianchi – and Clapham got Bababoom. 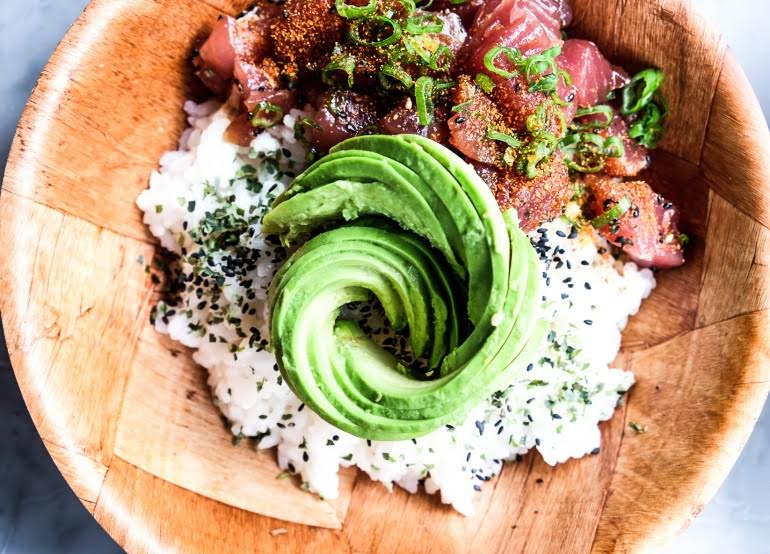 2016 saw Hawaii make a name for itself in the culinary world with poké; forget Hawaiian pizza, this is this is Hawaiian food we can really get on board with. Whilst hailing from the sunny hula dancing land, a poké bowl is a kind of hybrid of different cuisines – Japanese and South American to be exact. The dish combines fresh marinated fish (so just like sushi and ceviche) with rice, pickled vegetables and a whole range of other things like kale, avocado and kimchee – it’s a dish you can have a bit of fun with. It’s wholesome and healthy but also is a definitive ‘fast food’ for locals and tourists alike who revel in the fast-paced hustle and bustle of London. Soho gained Island Poké, Fitzrovia now has Ahi Poké, Hackney has Eat Poké. Mayfair’s Black Roe is a little more upmarket, bringing together a poké bar and a grill. 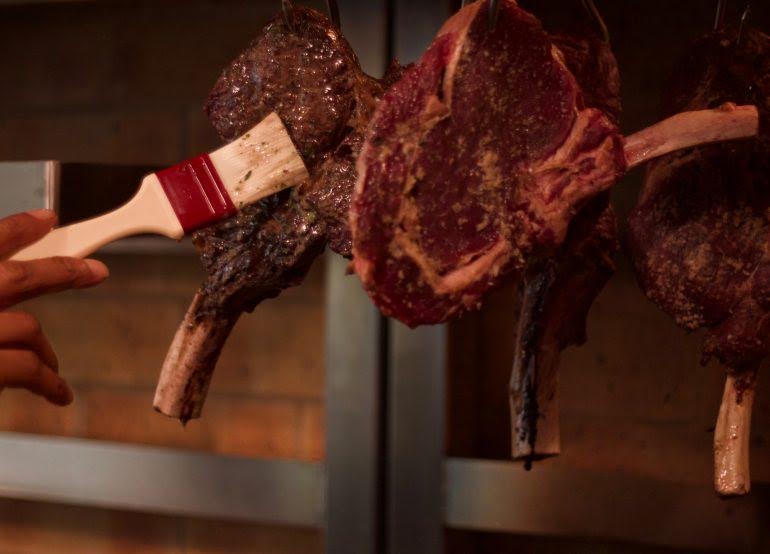 You know it’s summer in London when you’re suddenly invited to 6 different barbecues all on one weekend and that weekend only. In 2016, we decided we weren’t going to wait around for that one weekend, instead we were going to bring the grill indoors, to be enjoyed all year round. Sorry you vegetarians, this one’s not for you – the grills were made for big hunks of meat. The restaurants that opened in London were largely focussed on British cuisine, like The Kitty Hawk, Temple and Sons and The Grill at McQueen. However, Hammer and Tongs focuses on the flavours of Africa, while Kiln’s menu is inspired by the flavours from the Thai borderlands. 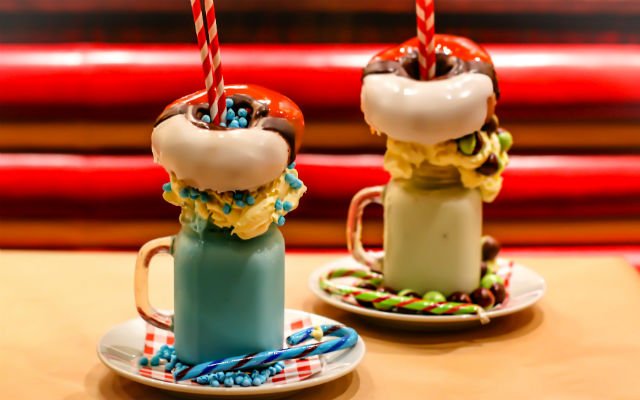 Taking a weird idea and running with it was quite the mood du jour this year. Kicking off in March was the 7th Heaven Bunny Spa, following the trends of the cat cafés and owl cafés London had seen, except this was an actual spa – bunnies hopped around as punters enjoyed facials and massages. Also in line with the animal themed pop ups were Microchippy and Wringer and Mangle. The former invited diners to essentially take their dog on a date with different menus for humans and dogs… the latter was a cinema, for dogs. Moving on. We saw a crisp sandwich speakeasy pop-up where Walkers served sandwiches, cheese toasties and the like with helpings of sandwich flavoured crisps, inviting diners to create their own sandwich-flavoured sandwich. Remember that month in summer where Londoners walked around in circles staring at their phone? And remember when Maxwell’s in Covent Garden capitalised on this sudden love for Pokémon Go as well as the trend of freakshakes? All we remember is the sugar coma that followed… Sugar was clearly not in short supply because Ballie Ballerson opened up a ball pit with a bar that offered up retro sweet cocktails like the Dippie Dabberson. Luckily it wasn’t all sugar, Meredith Collective popped up a restaurant focussing on the health food du jour: avocados. The 5-course avocado tasting menu boasted things like avocado macarons and avocado margaritas. There was also a human guacamole competition?! 2016 could not have been any weirder.

And here are the trends that have stayed strong in 2016 and show no signs of stopping: