Quasimodo’s in sheltered accommodation tonight after the devastating fire that ripped through one of Paris’s most loved landmarks, Notre Dame Cathedral. As Francophiles, history buffs and travel addicts we’re in shock, this really is a body blow for anyone who adores Paris. Here’s everything you need to know to get up to speed…

As everyone should be aware, Notre-Dame de Paris, which translates as Our Lady of Paris, or just Notre-Dame, is the massive French gothic cathedral in the 4th arrondissement of Paris by the Seine. Think flying buttresses, vaulted ceilings and incredible stained glass windows. Building started in 1160 and the French national monument was completed in 1260.

How’s it been lately?

Not fab. Pollution in the 19th and 20th century led to deterioration of the cathedral’s exterior and despite some renovation in the 90s, it was sorely in need of some TLC. The Archbishop of Paris had been trying to raise the estimated €100m to fully repair the cathedral, approaching private backers and the government. Finally, late last year they started a limited €6m fix on Notre Dame’s spire, and this seems to be where the problems started. 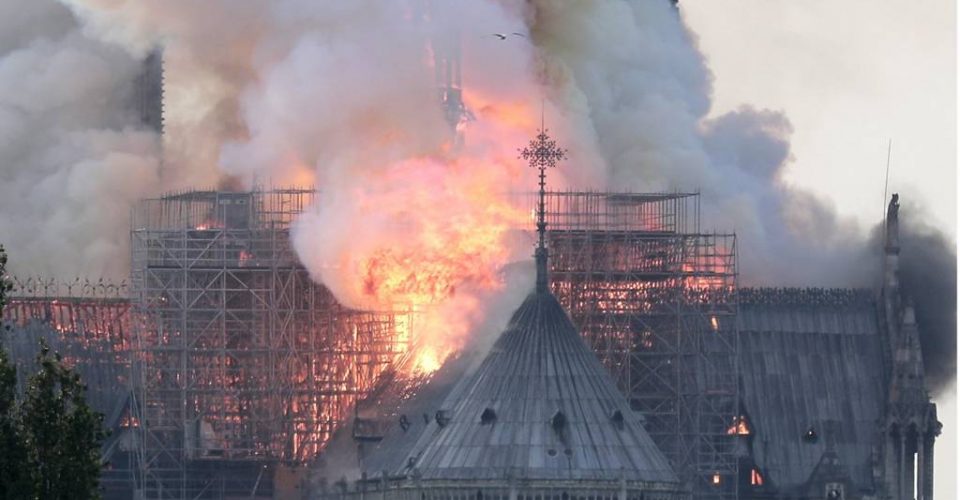 So they took copper from the roof and removed statues over the last few days to make way for the renovations, covering the site in scaffolding. It seems that at some point yesterday afternoon these works caused a fire. This quickly took hold and spread across the entire roof of the cathedral causing devastating damage.

What’s the extent of the damage?

The spire collapsed and much of the roof has gone, the fire quickly lapping up the wooden structure. However, the devastation, though great, isn’t all encompassing. The structure of the cathedral has been protected, including its iconic front and towers with the massive rose window. Again, inside though it’s bad it could’ve been a lot worse had firemen not entered the building, despite the dangers, to fight the flames inside. 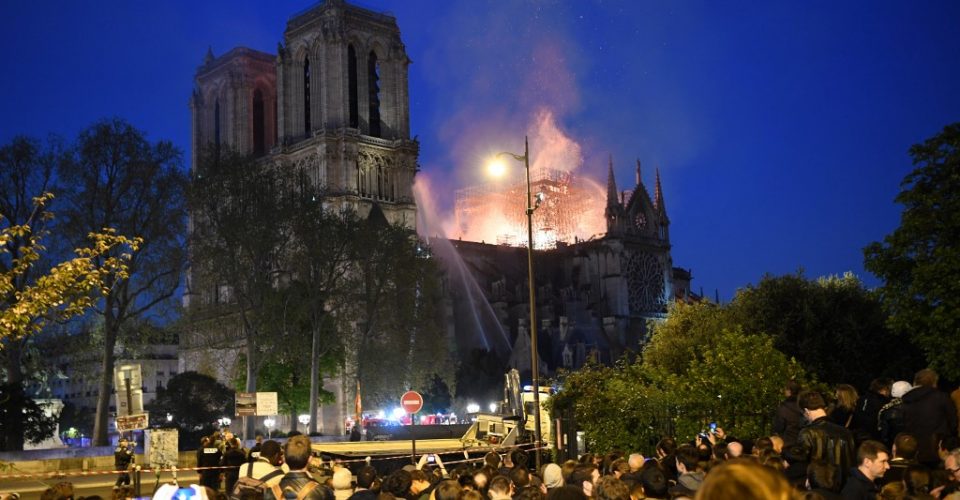 What about all the art and whatnot?

The French government has announced that all the relics are safe, with the French culture minister announcing “Notre Dame’s treasury, which included, for example, the crown of thorns and the tunic of Saint Louis, is safe in Paris City Hall”. The famed Rose Window is also said to be fine.

Was it terrorism or vandalism?

It doesn’t look like it, the cause is being assumed to be down to the building works. Paris’s public prosecutor, Rémy Heitz, said his office are “favouring the theory of an accident”.

Is it all finished?

The fire has been officially extinguished now, though it will continue to smoulder.

And what’s the reaction been?

Well ironically, given how hard it’s been to raise money for the revamp, the money has now poured in. Over €300m has been promised by various billionaires. François-Henri Pinault, the chairman and CEO Gucci and Yves Saint Laurent has promised pledged €100m towards the rebuild, while LMVH owners, Bernard Arnault’s family, have said they’ll put another €200m into the pot. It’s unclear if there’s a quid-pro-quo (handbag outlet in the vestry?), but we’re assuming that the donations come without strings.

Obviously this is a developing story, but we’ll let you know any more info we get!