We love a private members’ club, but while we’re normally in the business of announcing new clubs that are due to open, once in a while we have to announce clubs that have gone to meet the membership secretary in the sky. So we were sad to hear today that Library Club on St Martin’s Lane has abruptly closed its doors today.

The surprising news (which was perhaps most surprising to members and staff) comes after weeks of back-room dealings with the building’s landlord who is reported to have tried to double the rent due on the Covent Garden townhouse. According to founder Ronald Ndoro “after months of back and forth and then silence from the landlord leading up to the club’s rent review and contract date, I was informed just a couple of weeks ago of their decision to double the rent on the building. I requested a reconsideration and an extension of the end date of the lease but both were denied”. 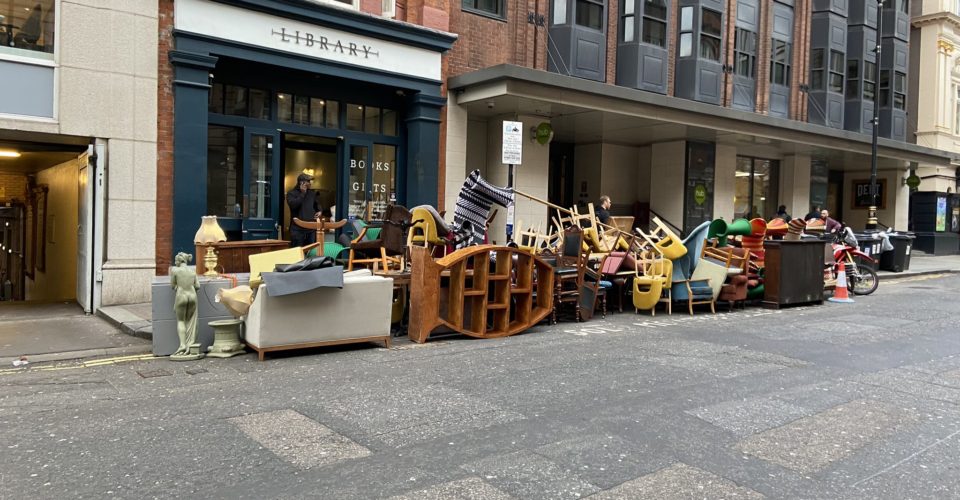 The result was a bizarre scene in Central London with all Library’s furniture finding itself on the pavement (if you’re reading this, Library, let us know if you’re flogging the chair with the shark design!) and members turned away at the door.

Members needn’t fear, however, as recently opened club-next-door Arboretum will be taking in refugee Library members who will be able to transfer their arrangement straight across. They’re owned by the same team, but one departure will, unsuprisingly, be Ndoro himself. The founder announced he’s “taking this as an opportunity to step down from both LIBRARY and ARBORETUM” and will be replaced by the owners of hot desk and serviced office specialists Pennine Way. The new management is expected as a first action to put restaurant facilities into the sister club.

So farewell Library, we were rather fond of you and in a city where clubs are two-a-penny we appreciated your determination to be a bit different. And given all library books start out as trees, it’s neatly fitting that Arboretum should become the new home for Library’s membership.