When it comes to dinner parties and the classic ‘Who is the most famous person you’ve ever met?’ question comes up, are you the person who always seems to have just missed the celebrity, casually hanging out on the street? Us too, but now you can stay ahead of the game with our round-up of top celebrity spotting jaunts. Just promise us there will be no selfies- we don’t want to scare any of those celebrities away. When it comes to celebrity spotting, the Chiltern Firehouse which opened last month has to be top of your list. Headed by top chef Nuno Mendes, the restaurant is not immune to a celebrity or two with stars such as Tom Cruise, The Beckham’s and Simon Cowell, often found on their reservation list. If you manage to bag yourself a space (it’s hard- we’ve tried) there will be plenty of stars to take a peek at whilst you eat some delicious treats, just promise you will take us with you. 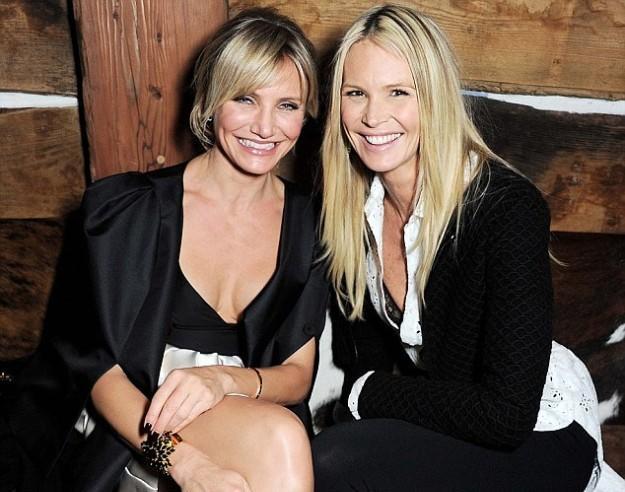 We love this venue so much, we couldn’t resist having our own re-launch party there. And yes, before you ask we did spot some stars of our own. Hi Kelly Brook. This apres-ski lodge is a firm favourite with celebs from Britain and across the pond. Since opening it has seen Cameron Diaz and Elle Macpherson don their ski gear whilst getting down La Folie Douce style. Rumour has it if you turn up in full ski gear, you get free entry…let us just find our goggles. 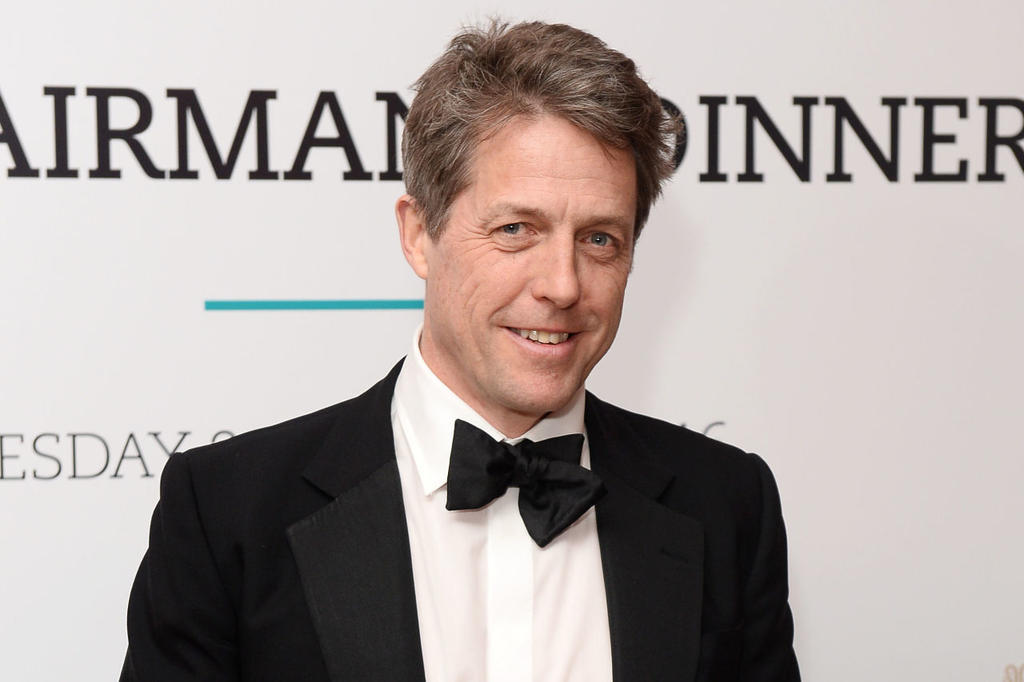 Offering the best Cantonese food in London, it is no wonder that the likes of Hugh Grant and Stephen Fry can often be spotted at The Dorchester tucking into some dim sum at the China Tang and we cannot blame them. In fact the restaurant is so inundated with celebs, that they have a devoted section on their website showcasing their ‘secret guests’ such as Jemima Khan and Kate Moss. If it has their seal of approval, it has ours too. 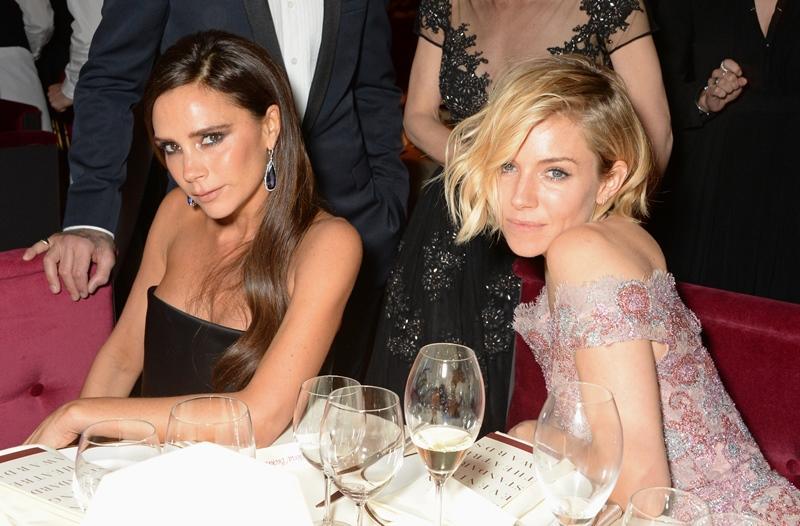 Famous for their classic afternoon tea and quality private dining, it is not a surprise that the Wolseley has made its way onto our list being a firm favourite of Victoria Beckham and Sienna Miller. If Posh Spice says that it is good, we are not going to disagree. We just hope that you can manage to convince the rest of the Spice Girls to come along for a reunion. A must for fitting in some celebrity spotting before dashing to work- with a pretty scrummy breakfast on the cards too. 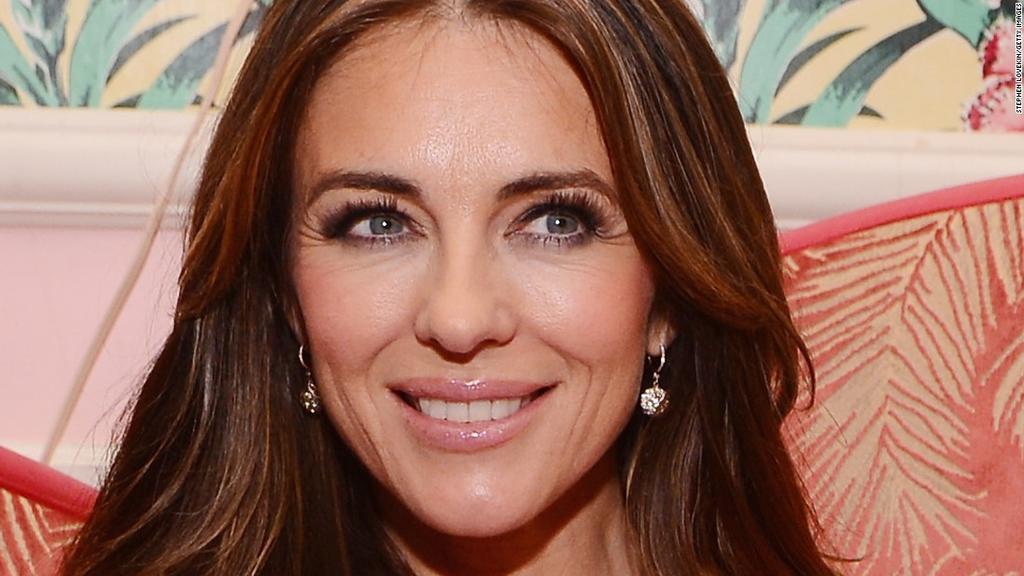 With several private dining areas, it is not surprising that this is another favourite hot spot of our favourite romantic comedy star: Hugh Grant. Best friend Elizabeth Hurley, can also be spied there, enjoying its contemporary modern international menu. There is also an impressive selection of wine to enjoy, just try not to have too many tipples so as to avoid any unwanted trips and slips in front of your favourite celeb. 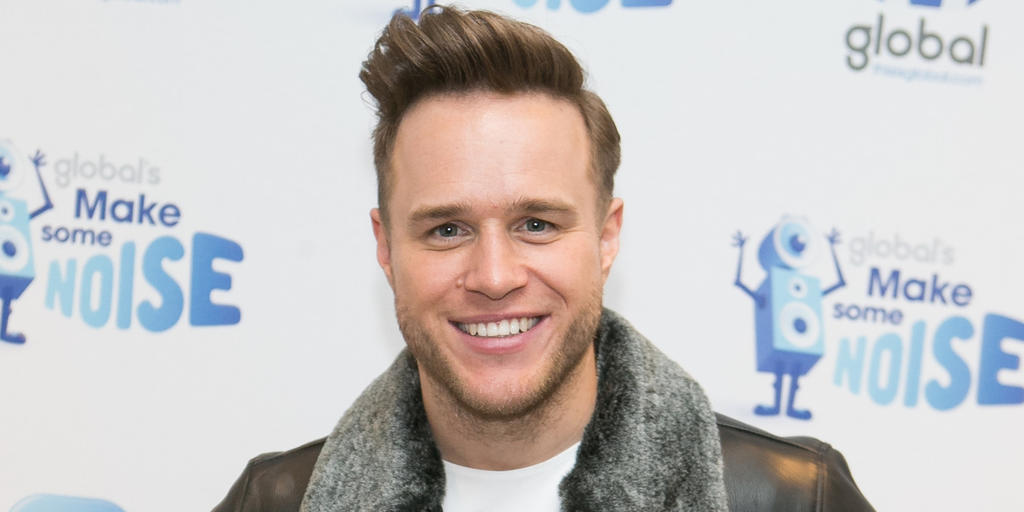 It is based in Knightsbridge, so it isn’t surprising that Buddha Bar has quickly become known as a place in which to spy the stars. However, it is not simply the location which sees stars such as Samuel L Jackson and Olly Murs through its doors, the restaurant has won a whole host of awards and accolades meaning the critics love it too. Even if you don’t manage to rub shoulders with a celebrity, this is still a very special venue with a pretty spectacular menu. 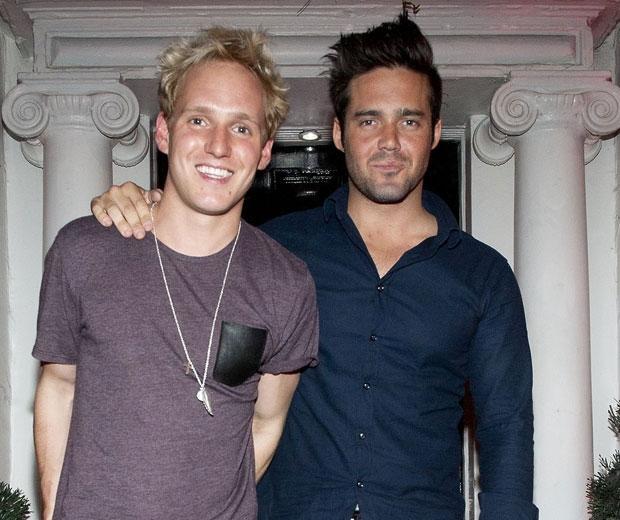 For the Made in Chelsea lovers out there, make sure you head to The Imperial in Chelsea- which has become a firm favourite amongst the cast. Be it in the secret garden or for a quick lunch between filming, you can regularly see the likes of Spencer Matthews, Jamie Laing and Louise Thompson in there. It also boasts an outside terrace, making it the perfect place for people-watching with friends meaning even if you don’t see a celebrity in the restaurant itself, you are probably going to spot them on the street. Keep your eyes peeled, grab yourself a light snack from head chef Tom Hope and get that celebrity spotting started. 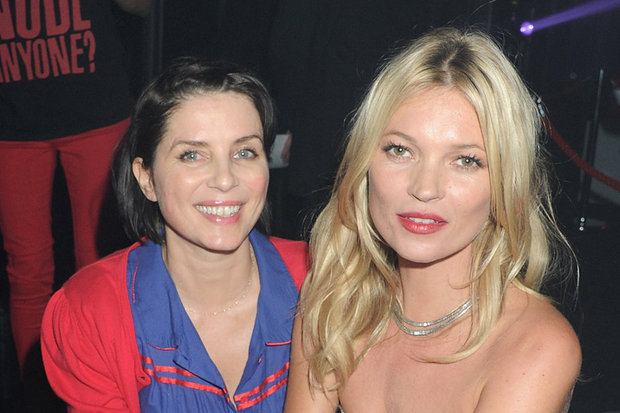 Paradise by way of Kensal Green

No-one can say that models don’t eat with this restaurant being a firm favourite amongst the modelling elite. It won’t be a surprise for you to bump into Sadie Frost, Daisy Lowe and Kate Moss hanging out here as you wander through the building.  You venue, which is home to elegant dinner parties, warbling songstresses and of course beautiful cocktails, meaning you are in for a treat no matter what happens. Oh and Jude Law likes it too. 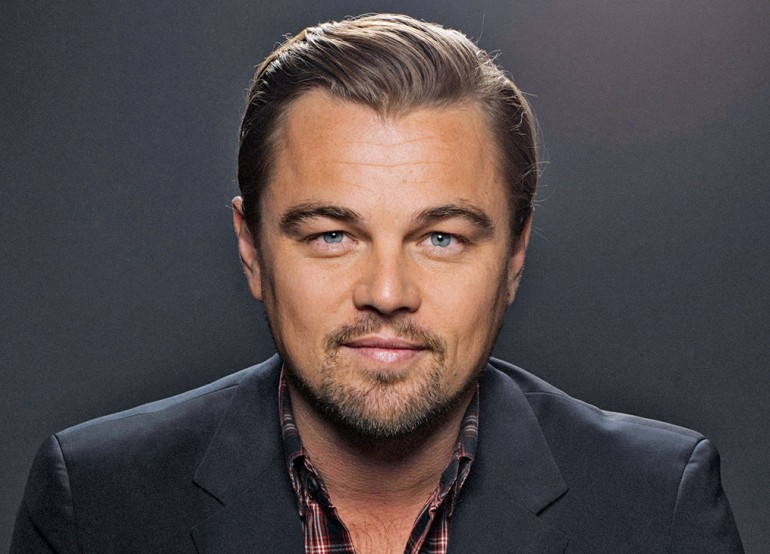 You can officially re-enact that Titanic scene with Leonardo di Caprio at Paramount.  Situated on the 32nd floor of Centre Point, this is not one for those scared of heights. Although, this might be a good time to start facing those fears, with celebrities such as Cheryl Cole, Nicole Scherzinger and David Haye frequenting there. Whilst Head Chef Mark Kay might not be able to rustle up a menu of celebrities, his slick cooking is certainly bringing them in and for that reason alone, worth a try. 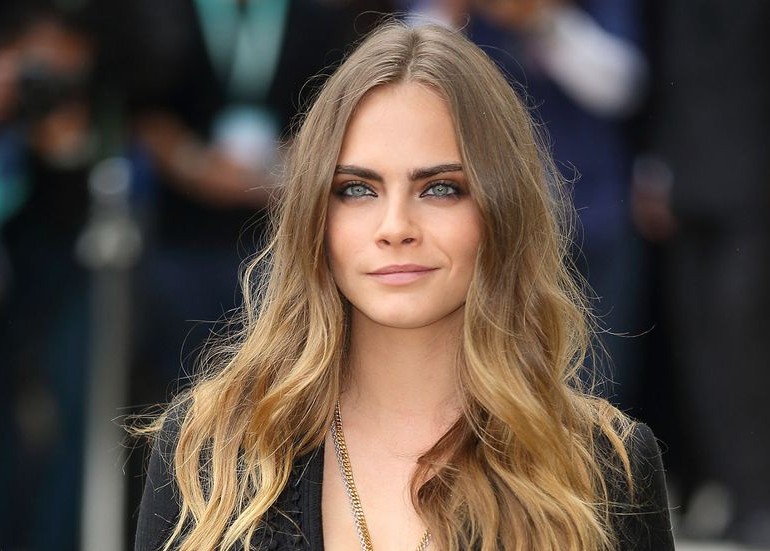 The Bluebird is probably one of the most photographed venues in London and understandably so. Based in Chelsea, it is constantly haunted by the Made in Chelsea crew so if you want a cameo, we suggest heading there now. Other celebrities to have graced its beautiful courtyard are Eddie Redmayne and Cara Delevingne with plenty more recognisable faces to be found. 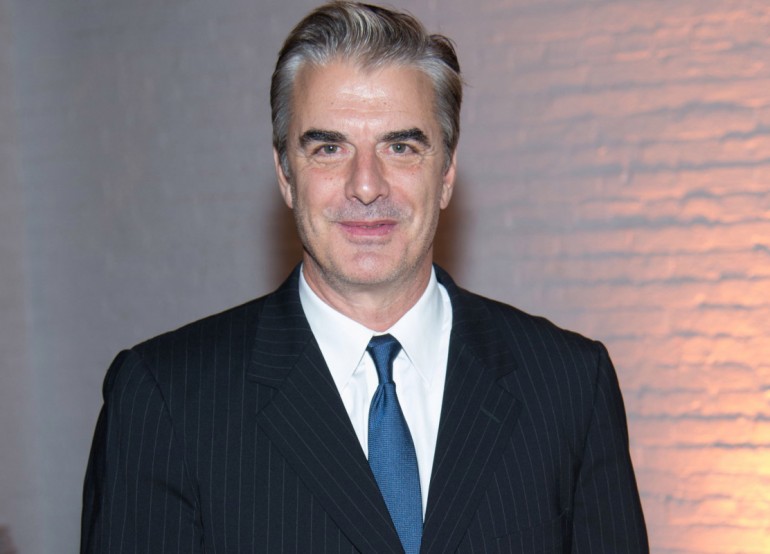 Have your very own Sex in the City a la London moment from level 31 of The Shard. The innovative British menu has already caught the attention of Chris Noth and Gwyneth Paltrow meaning finding your very own Big won’t be too much of an issue. Whether you are going for afternoon tea or dinner,you will be spoilt by not only the fabulous views of London but good food- perfect for a romantic treat. 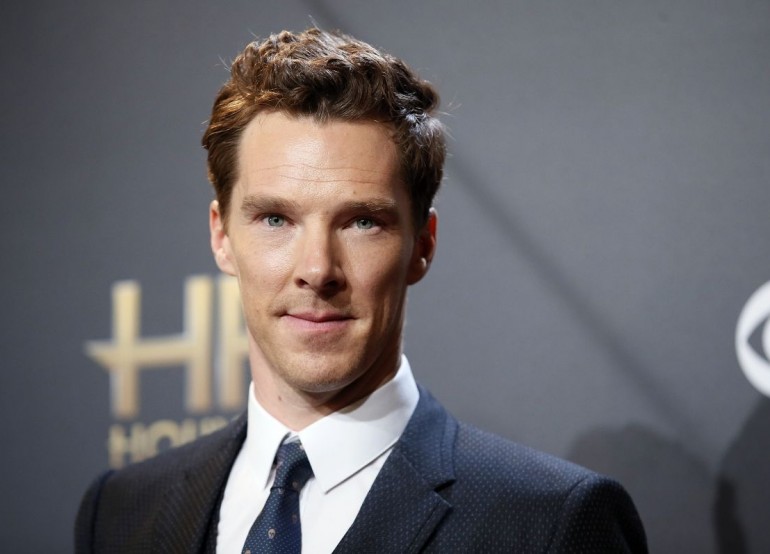 Since re-launching earlier this year, Quaglino’s has already welcomed a whole host of celebrities through its classic doors. From newly engaged Benedict Cumberbatch (sob) to Alexa Chung, it would seem that these stars just cannot seem to get enough of the place, each having taken a stroll up that iconic staircase. The celebrities just cannot resist a meal from head chef Michael Weiss and we don’t blame them. 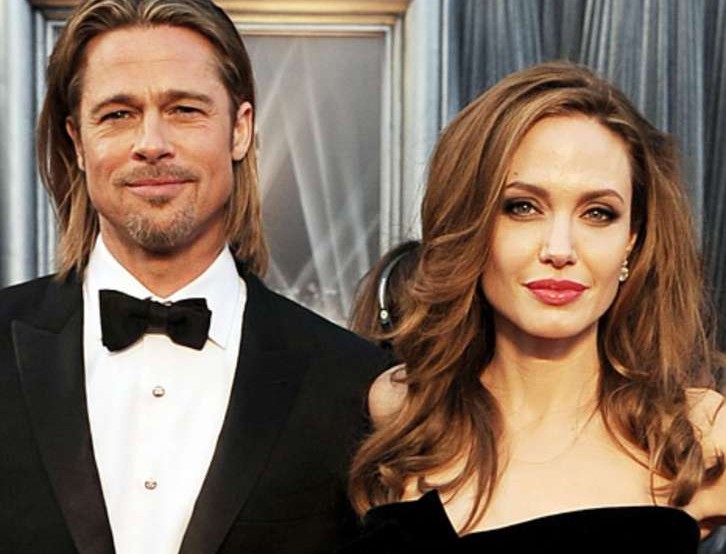 One should not forget The Ivy which has been treating celebrities to its fantastic cuisine for as long as we can remember. Over the years it has wined and dined the social elite in the heart of The West End from The Royal Family to Brad and Angelina and with the birth of its new sibling, long may it continue. 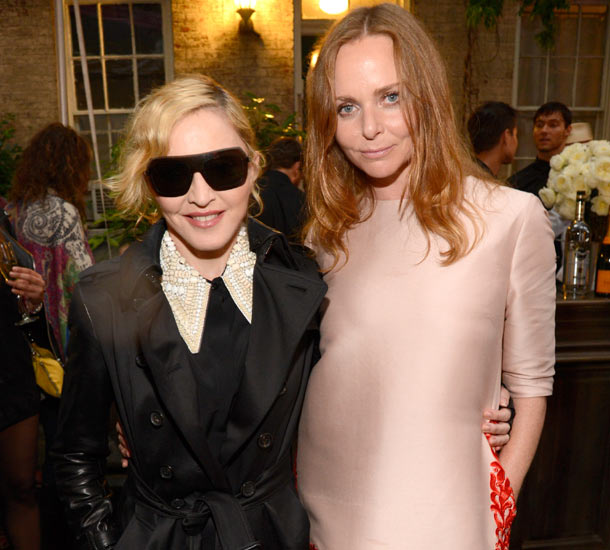 Situated in a tucked-away alley in the West End, Momo is the original North African den in London, producing a combination of Algerian and Parisian flavours. It may be the seclusion of the restaurant’s location that draws people in, but it has become a favorite for some celebrities such as Madonna, Stella McCartney, and Shakira. It must have a pretty good menu if it keeps bringing these stars back, and who doesn’t want to escape to Marrakech for a night? 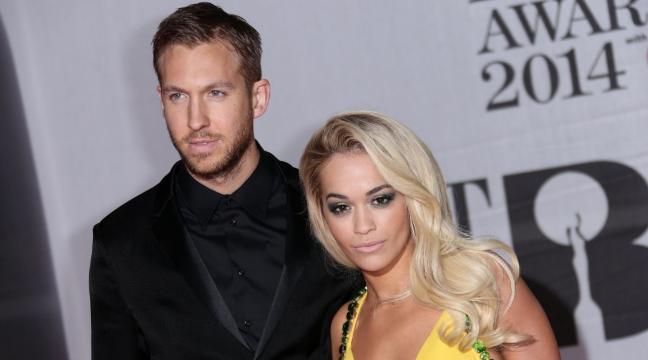 If you haven’t heard of Nobu, you have probably been living under a rock. Seriously, all you have to do is turn on the radio and you will hear Drake and Future rapping about it in their single. Much like our friends across the pond, Nobu in London is a hub for stars. The two-story Japanese fusion restaurant has housed names like Calvin Harris, Rita Ora, Rosie Huntington-Whiteley, George Clooney, and even Princess Beatrice. For double the celebrity-sightings, Nobu has two locations: Berkeley Street and Old Park Lane. 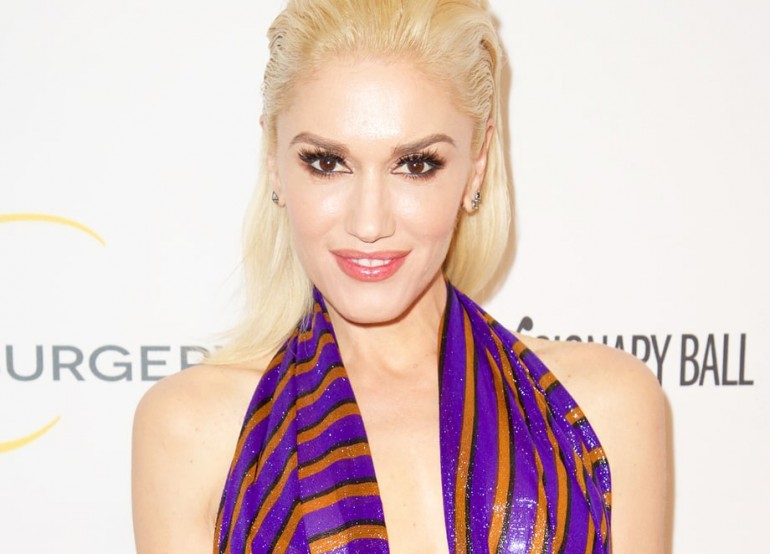 Who says all celebrity hangouts have to be expensive? This chic Chinese restaurant in the middle of Soho gives off an upscale vibe with blue-glass windows and white interior, but has an incredibly affordable menu. A variety of stars have been spotted here, including Gwyneth Paltrow, Amanda Seyfried, Gwen Stefani, and Leonardo di Caprio. It doesn’t matter how much money you have-sometimes you just want a cheap meal. 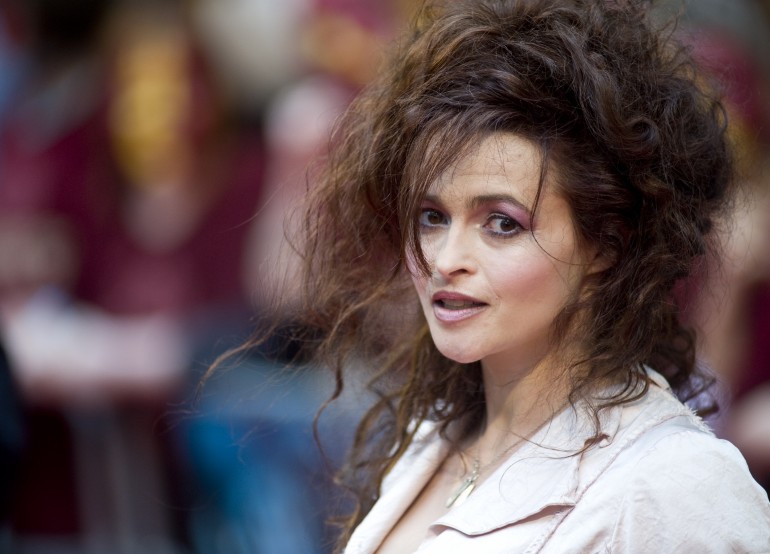 If you are looking to spot some stars without the fuss, some have been spotted at The Green Room adjacent to the National Theatre in Southbank. The Green Room is a nod to traditional green rooms which are places for actors and actresses to retire after a show. You will spot some celebs coming here to rub elbows with the leading actors of the running shows, including Russell Brand, Helena Bonham Carter, Tim Burton, and Imelda Staunton to name a few. 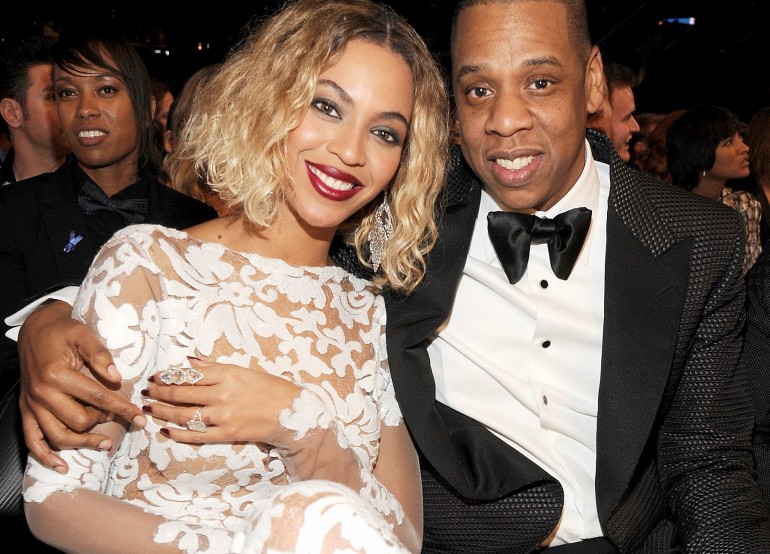 You can almost always expect a celebrity to be partying at Mahiki on the weekends. From Rihanna, to Prince Harry, to Beyoncé and Jay Z, you never know who you may run into after midnight at the popular nightclub. It is said that if there is a concert in town, you can usually expect the after party to find its way to Mahiki. Better start checking your local listings!

If you want to see where other celebrities are hanging out this week then click here!