The Hilton enterprise is extending, and Paris is most likely laughing as she purchases another $65,000 custom Birkin. This September,  The Biltmore, Mayfair will open its doors, positioning itself amongst other silk-stocking constructions such as London Marriott and Four Seasons London at Park Lane, snug in Grosvenor Square.

The newbie is part of Hilton’s luxury LXR brand and wows with all the luxury embellishments that can be expected of any Hilton family member, including rooms (257) and suits (51 in total), some of which captivate with views of London’s busy Grosvenor Square. 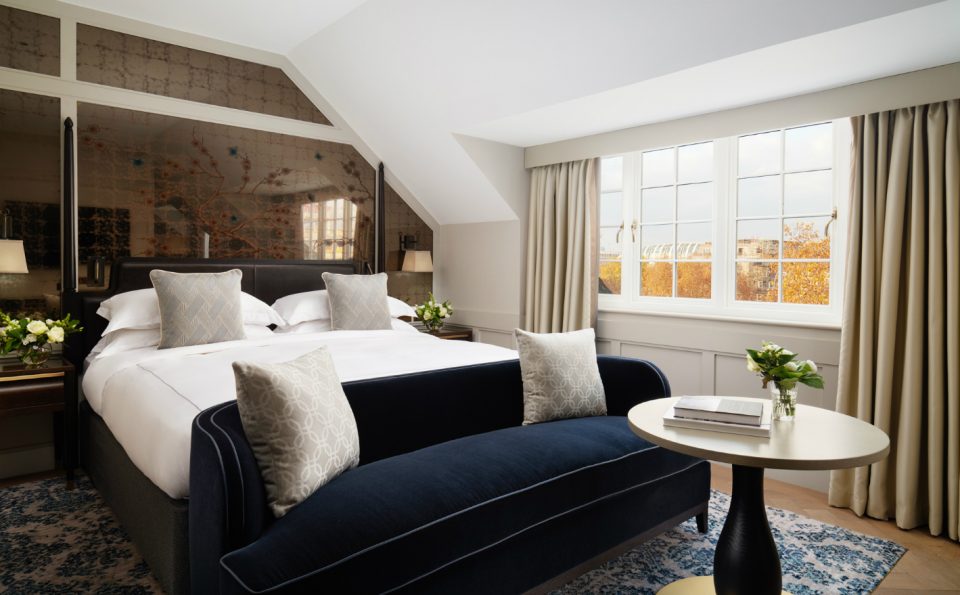 Of course, no Mayfair hotel would be complete without a ballroom, The Biltmore included. And, alongside this, other event spaces will be available as a result of the redevelopment, estimated to have cost £50 million.

What’s more, Jason Atherton will be playing a part, opening the on-site restaurant, The Betterment as well as overseeing all food & beverage at the hotel including room service, events, afternoon tea and an all-year round alfresco terrace. Sounds like he’ll be a busy chap!

Atherton will be joined by Head Chef Paul Walsh, who launched and led Jason Atherton’s City Social for five years, so we’re expecting some pretty scrumptious food flying off that pass.

With elegance and amenities galore, The Biltmore, opening on the 9th of September, is the end of summer opening we’re keeping our eyes peeled for…