Henley, Royal Ascot and Wimbledon may all be shuttered this season, but in a welcome announcement at least one aspect of regular life has now returned. Finally we can start to shop in a civilised manner again: Selfridges Food Hall is open!

Lockdown for the smart-set has its hardships, strings of polo ponies trotting feral through Chelsea, red trouser merchants forced to shut during the height of red trouser season and, worst of all, nowhere to buy truffle oil or quails’ eggs. Of course, Waitrose is fine for your bits, as it were, but you’re not going to find an ounce of Beluga in there. Now posh London can finally let out a sigh of relief!

The iconic department store has decided to cautiously throw open its doors. But don’t all rush at once. No, literally don’t. The store is enforcing strict social distancing measures; all staff will be temperature tested at the start of their shifts, there’s a one-way-system (you’re not in your Range Rover now and this isn’t Belgrave Place in a hurry to drop off the kids, don’t even consider flouting it), there’s free hand sanitiser and Perspex screens at the tills. There’s also a strict number limit and a one-in-one-out policy. And this isn’t like the Mahiki one-in-one-out where it doesn’t apply because you’re on Guy’s list, this is a proper one-in-one-out.

Open between the 10 in the morning until 6 in the afternoon (leaving enough time to get back in time for a seven o’clock glass of Champagne (has anyone else developed an alcohol addiction during lockdown) or eleven to five on Sundays, the shop includes their greengrocer, baker, butcher and fishmonger, all working flat out at their baking, butching, gross-ing and monging to bring you the finer things in life. 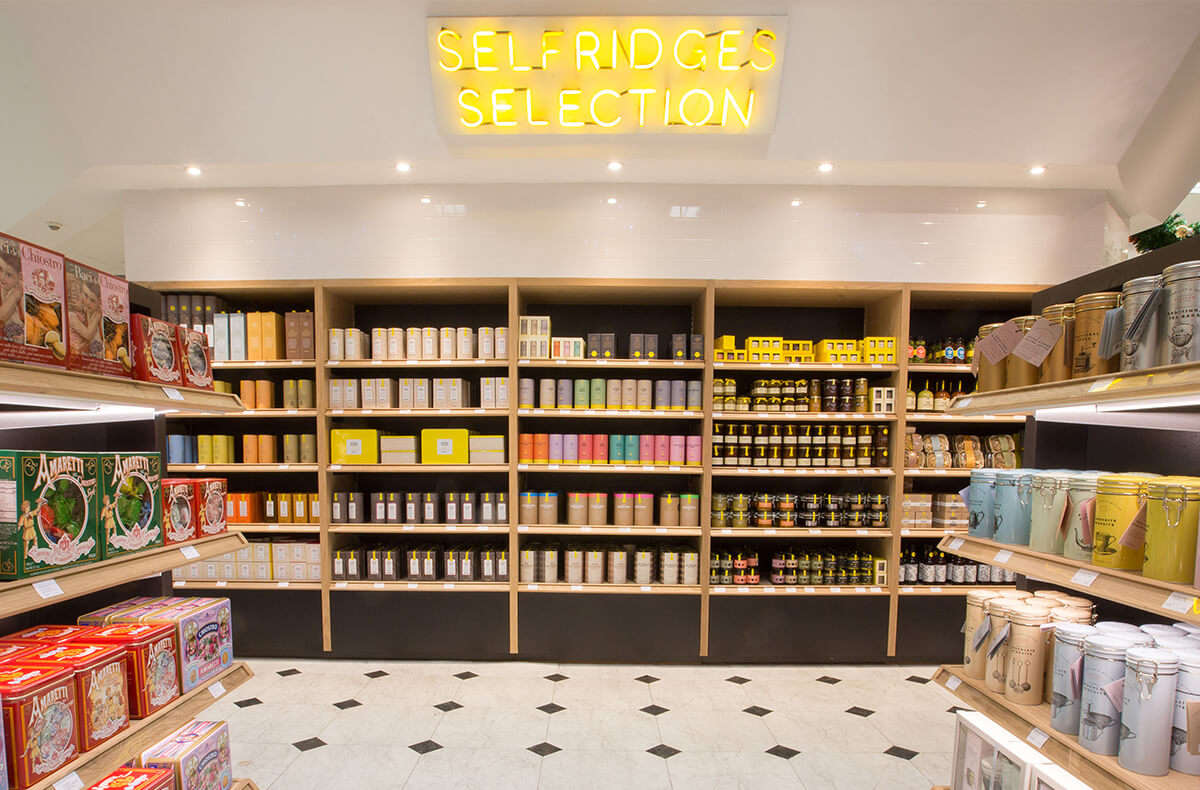 In case you’ve not already subscribed to so many food delivery services that neighbours are worried you’ve set up your own cash-and-carry, you can also sign up for Selfridge’s ‘essential’ food boxes and make-your-own kits, in a first for the stop. And if ‘essential’ doesn’t include at least a kilo of foie gras then I’ll eat my own facemask.

As if all that wasn’t enough, the shop is handing out complimentary floral posies to early adopters (yes, posies, this is entirely normal behaviour for a supermarket). We’re not sure Chris Whitty would necessarily approve, a posy of flowers was said to ward off the black death (‘Ring-a-ring-a-roses, a pocket full of posies’ etc), we’d stick to the hand sanitiser if we were you…

Either way, this is the best news posh people have had since Boris named his kid Wilfred, and at least it’ll bridge the gap until Fortnum’s reopens. If only they weren’t all at their second homes in the countryside…

Win This Natural Spring & Summer Skincare Package Worth Over £200!