National treasure and all-out legend Sir Quentin Blake is forever etched in our collective memory as the spidery illustrations of Roald Dahl novels. One of the country’s best known illustrators with over 300 books under his belt, he’s now lifting our spirits again with a series of lockdown e-cards. That and being called Quentin. There aren’t enough Quentins, where are they all?

Available from today, Blake explains the illustrations saying “It seems like a time when a few straightforward jokes might not come amiss; so that as I know that people have been putting rainbows into their windows to express solidarity, I took the liberty of borrowing them. You will see that I have supposed that they are real and portable, and I hope they are optimistic too”. 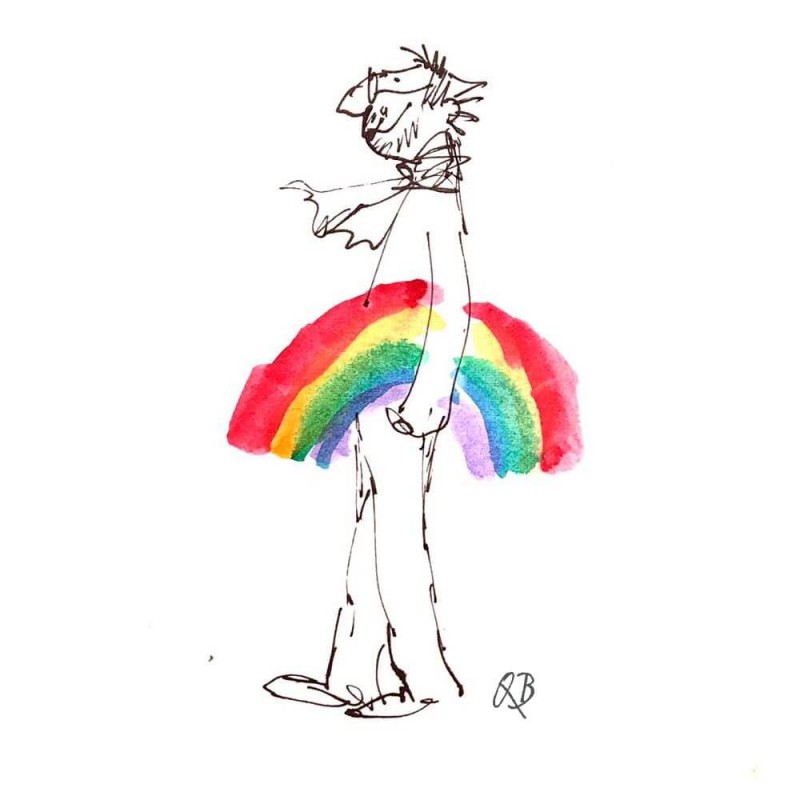 Joining the likes of Sir Peter Blake, who recently teamed up with the Evening Standard to create a special pull-out rainbow to be plastered in windows in those limited parts of London still able to receive the paper, Blake has taken the rainbow and put his own spin on things.

The icon of hope has become a feature of windows everywhere as children create them and then search for others on their daily walks. It’s also become a general icon of endurance amid the craziness. 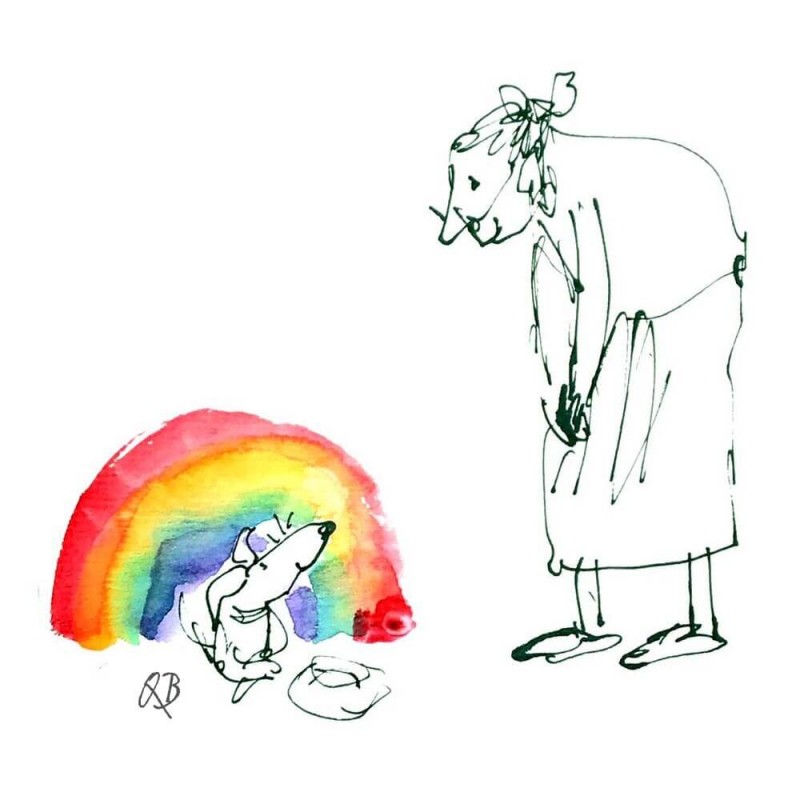 Anyone who wants to lift someone’s spirits, be it a child, a neighbour or relative can use Blake’s website to send the e-cards in seconds along with a personalised message. It’s sure to raise a smile, and that’s worth a fortune in these days, and what’s more they’re totally free!

The cards are available here and there are ten different illustrations, meaning you can inundate the same person or spread them across all your friends! You could even print one out and put if up in your own window to spread further the good vibes.