What: Say you’re catching a flight from Stansted Airport, say Stansted Airport is 2 hours from where you live, say you’re me. This was my predicament a few weeks ago, except that my flight was at 7am, so between the 2-hour recommended time of arrival before a flight plus my 2-hour journey there I was looking at waking up at 3am – no thank you. That’s where the clever business of airport hotels comes to the rescue, in this case Radisson Blu Hotel London Stansted Airport where I decided to stay before my flight.

First Impression: Although a 2-hour journey doesn’t sound that taxing, it was at the end of a work day and I was already in holiday mode, ready to start relaxing, so when I arrived at the hotel and was hit with a queue out of the doors it wasn’t the best first impression. Two members of staff laboured to get everyone checked in while people in the queue tutted at the hold up and complained under their breath in a typically English fashion. Once checked in and happily in my room I realised that the air conditioning was broken, after sweating it out for a while I called reception and they swiftly moved me to a room down the corridor with working air conditioning. 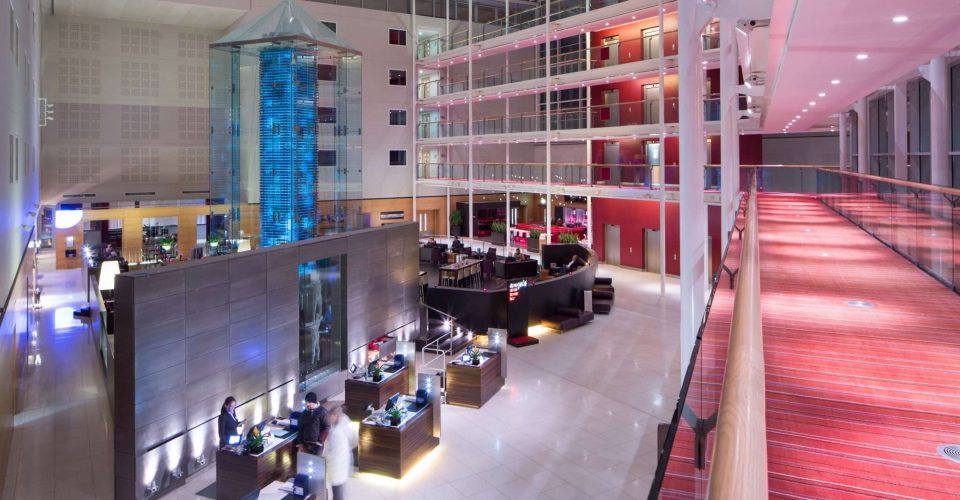 On The Menu: Radisson Blu has two restaurants, Collage and Station 169, as well as a separate breakfast area and room service. Dishes at Collage include prawn and squid linguini, and superfood salad, while Station 169 offers options like pan roasted cod loin on buttered spinach with curried mussel vegetable broth, and salmon steak. There is also 24-hour room service if you’re not feeling too social.

The Look: The lobby is incredibly spacious due to the fact that the area’s roof goes to the very top of the building instead of just its own floor. My room was clean and a decent size and more importantly so was the bathroom which I always notice in a hotel, I once stayed in a hotel with a bathroom so small that when sitting on the toilet my knees were almost touching the wall – no exaggeration. 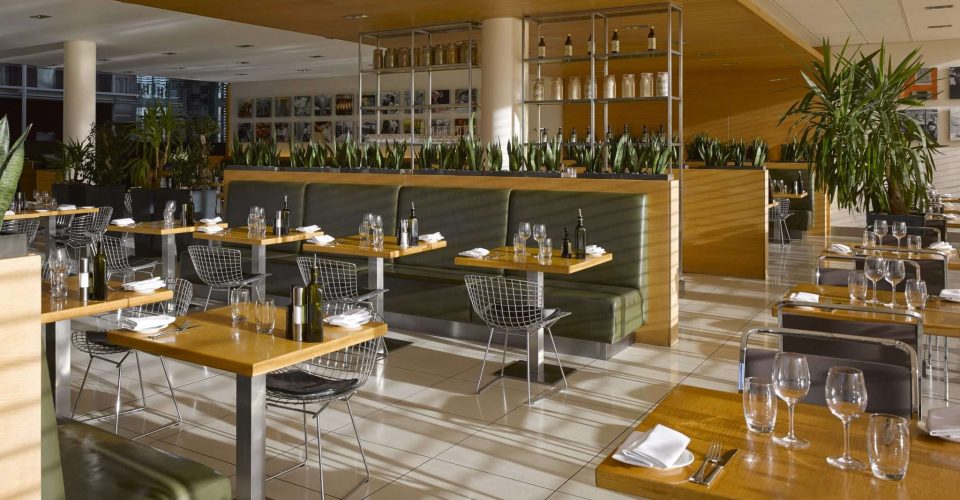 What We Ate: Radisson Blu Hotel London Stansted Airport is the first hotel I’ve ever ordered room service from and suffice to say it didn’t raise the bar very high. They have a 24-hour in-room pizza option so I went for that; I shouldn’t have been surprised when it appeared in a pizza box rather than a lavish silver tray that I was expecting but I was surprised at how burnt it looked when I opened the box. It didn’t taste that bad but a stone-baked Italian treat, it was not.

Go With: Whoever you’re catching a flight with, nothing wrong with enjoying a hotel stay solo though if you’re travelling for business or meeting people the other end. 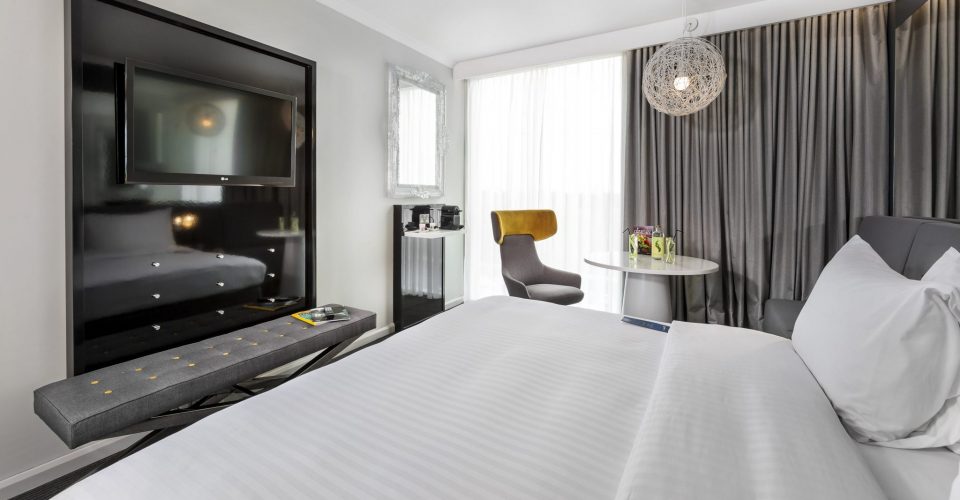 Final Word: Radisson Blu is great for convenience, it’s a few minutes’ walk to the airport entrance, bus/coach station and train station but I can’t imagine anyone wanting to stay here for more than one night although given its location I suppose they expect this. Some hotels can be a treat to stay in purely because of how luxurious they are, Radisson Blu doesn’t pretend to offer this but is a comfortable place to stay for those with difficult flight times.

Like This? Try These: Get Out of London And Visit These Locations From Your Favourite Films