On the menu: Pan-Indian cuisine with a few British curveballs thrown in like Assado crumb fried fish and chips.

First Impressions: Very casual but smartly presented, the open plan kitchen reveals the chefs hard at work plus a Kamado grill and wood-burning ovens. This isn’t the kind of place you need to get dressed up for but the venue itself is anything but shabby.

The Look: The front wall is made of glass, flooding the venue with light – when combined with the high ceilings it gives the restaurant a very spacious feeling.

What We Ate: The vegetarian sharing platter was a good way to sample a few of the starters in one go and they were surprisingly tasty, the least being the samosa (who can get too excited over a samosa though really?). My favourite was the beetroot and coconut puff pastry which had a subtle sweet taste to it and delicious buttery pastry. The chickpea xacutti in pao served in a mini brioche was given a 2/3 spice rating but I found it quite mild, especially in comparison to the samosa which had a little kick. 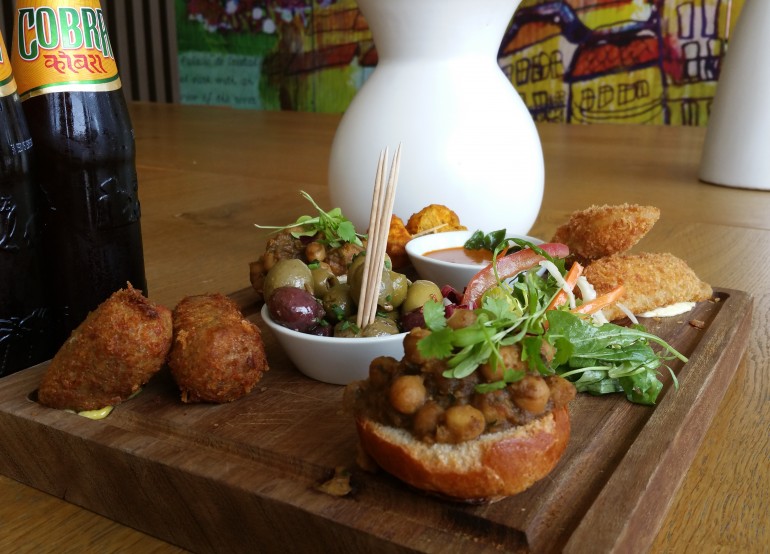 As a main, the vegetable caldeen curry was a solid effort, a nicely flavoured mix of squash, potato, cauliflower, sweet potato, cashew nuts and peas simmered in a mild coconut milk sauce. The roast chicken in a ginger, soya, rosemary and honey marinade was slow roasted in Assado’s rotisserie and served with roast potatoes and coleslaw salad, it was well cooked and very flavourful. No sides were required as the mains were so filling.

For dessert, the bebinca was a tad disappointing, described as a multi layered Goan-style baked pancake made in a coconut milk based batter, I was expecting a strong coconut flavour and perhaps a crispy batter. Instead four triangles of layered pancake arrived with a pleasant cardamom, coconut ice cream. The pancake itself was nice enough but had no real strong flavour, in future I think I would wait the 10 minute cooking time for the Portuguese custard tarts. 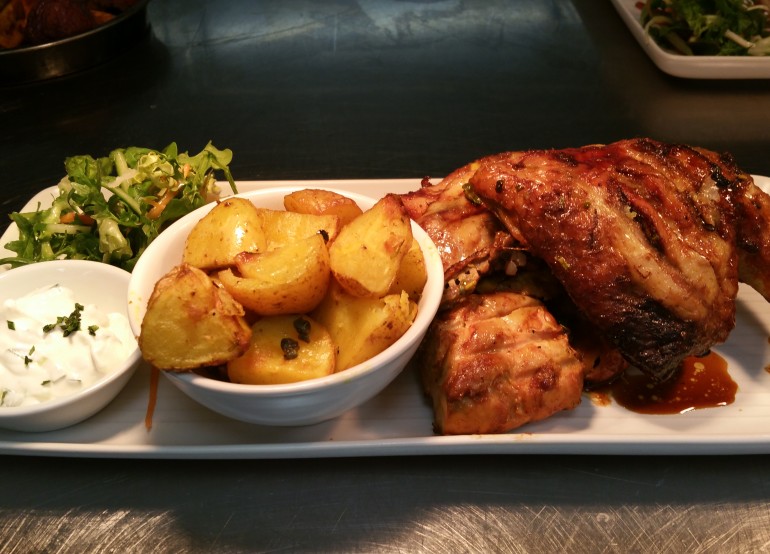 What We Drank: We kept things simple with a summery glass of house rosé.

Go With: A friend but don’t feel bad if you’re dining solo as you wouldn’t be alone in doing so (no pun intended) as several diners, presumably from the adjoining Hampton by Hilton London Hotel, were on their own.

Final Word: This is not the place you got for a big, extravagant meal but works well as a stop over dinner especially for those who are staying the in the hotel and don’t know the area.