New? Originating in Hong Kong, Benihana Piccadilly opened in 1994, they have another venue in Chelsea.

On the Menu: A selection of meat and seafood cooked on a hibachi – a small BBQ that looks like a huge hot plate, with charcoals burning underneath to give it its heat. The menu also features popular Japanese dishes such as sushi, sashimi and bento boxes at lunch.

First Impressions: It was quiet when we arrived but we didn’t have to wait for very long for the table we were seated at to fill out – at Benihana, it’s no intimate tables of two, you sit on communal tables. Shortly after the table was fully seated we were joined by the chef. Hibachi grill restaurants are unique because the chef prepares the food in front of you, typically turning it into somewhat of a performance, flipping utensils and food items around for your amusement. 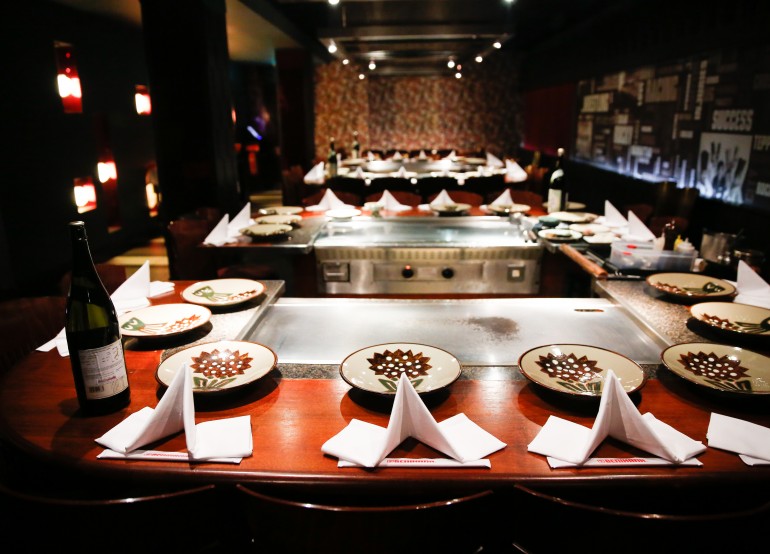 The Look: The tables face in to the hibachi grill where the chef puts on a little show as he prepares the food. There are nods to Japanese culture throughout including a large mural and touches of red. 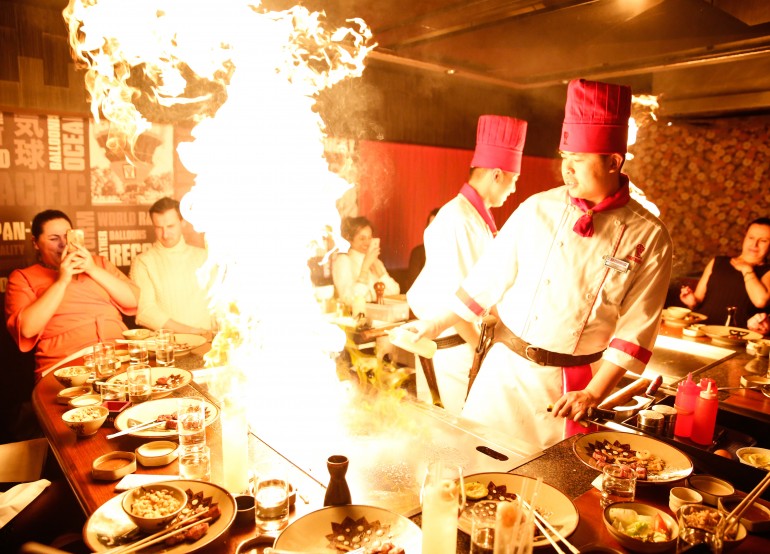 What We Ate: The speciality dinners all come with Benihana onion soup, salad with ginger dressing, Hibachi vegetables, prawn appetiser and steamed rice, you then choose the main meat you want which is cooked in front of you. We went with the Hibachi sirloin steak with mushrooms which was cooked to our instructions but unfortunately still ended up being quite lacklustre. The vegetable selection comes with a small portion of tempura, miso soup, hibachi vegetables and rice – the latter of the two is cooked on the grill. I watched with glee as my two favourite ingredients, butter and soya sauce, were both generously added to the selection of vegetables and tofu – a chef after my own heart.

The vegetarian option seemed lacking in dishes with four compared to the six for the meat counterpart. I started with with a light miso soup and tempura, which was followed by a generous portion of vegetables, tofu and rice – all of which was perfectly cooked. With the food prepared right in front of you and with it being this good, it is hard to not keep going back for more. 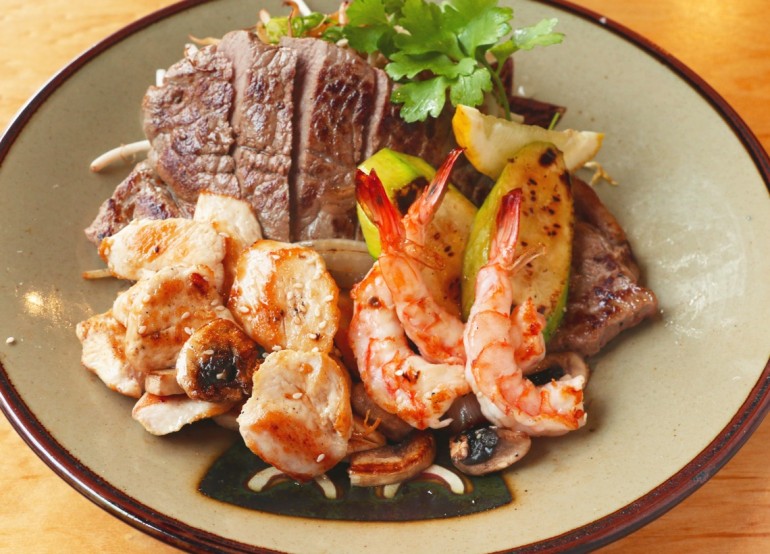 What We Drank: Of course being a Japanese restaurant there was plenty of Sake on offer, we, however, went for the cocktails, my favourite was the classic mojito.

Go With: A first date so you have something to look at and discuss while your food is cooking in case the first date nerves get to you and you’re suddenly stuck for something witty to say.

Final Word: Benihana is definitely the kind of place you should go to at least once just to enjoy the visuals of watching your food getting cooked in front of you in such an entertaining way. It has a great novelty factor as although some other restaurants have open plan kitchens you don’t get the personal service of having your food cooked in front of you and served to your plate fresh from being cooked. Although our chef got a little over zealous and dropped a piece of food, it just endeared us to him as he laughed it off citing that he needed more practice.

Like this? Try these: Kurobuta, Ramusake and Aqua Kyoto.