New? Big Easy in Covent Garden isn’t, it opened back in March 2014, but the bottomless brunch launched in August.

On the menu: As fans of Big Easy will know, it’s all about low and slow American Bar.b.q. pulled pork, baby back ribs, BBQ beans, slaw and lobster – they house over 2000 lobster on site. The bottomless brunch has two options: The Big Pig Gig and The Lobster Fest. The former, a limitless BBQ of North Carolina chopped pork, pit-smoked Bar.b.q chicken, St Louis pork ribs, slaw, pit-smoked beans, fries and baked cornbread. The Lobster Fest is made up of Nova Scotia lobster, lobster rolls or lobster mac‘n’cheese, fries and salad. 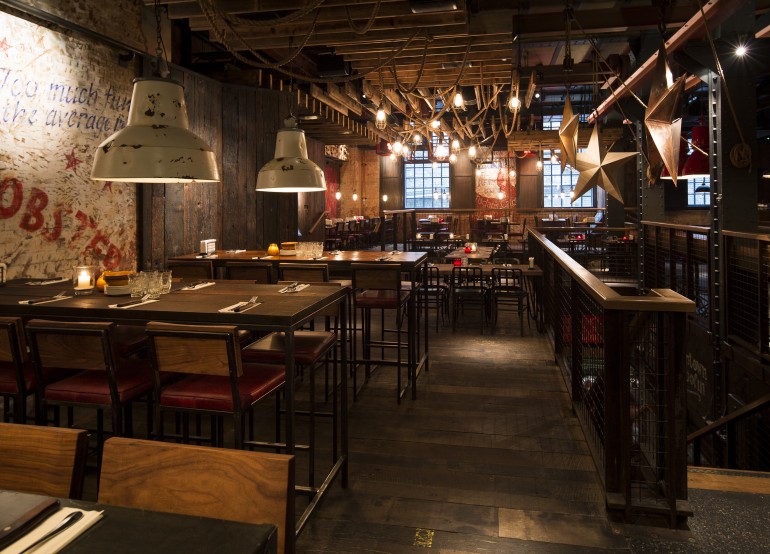 First Impressions: When we visited it was the first day of autumn, the wind was tunnelling down Covent Garden’s streets and those who were trying to stretch out the last days of summer by wearing shorts were looking foolish. Clearly everyone wanted to stay inside and had headed to Big Easy to do so, because when we arrived at 1pm it was packed. No mean feat for a restaurant with 300 covers – if you’re coming for brunch then make sure you book.

The Look: Housed in a former electrical power station, Big Easy is nothing if not vast – guys you can forget the saying ‘I’m just going to go to the loo’ you’re not just going to go, it is quite a mission – going into the depths of the building. Exposed brickwork, steel, timber and concrete give it an industrial-meets-lumberjack feel. There is an impressive 9-metre bar which stocks over 500 bottles, a feature in itself. Nautical touches come in the form of ropes, descriptions of the lobsters adorn the walls and it’s all bathed in a soft red-tinged glow.

What We Ate: We decided to go for The Big Pig Gig, a decision reached partly because the waitress told us you could order more of any of the meat, not that she had seen anyone be able to do it, to which my friend decided to take it on himself to prove could be done. What arrived was a mountain of meat. North Carolina chopped pork, tender and sweet, with blackened sides; big St Louis pork ribs, slightly pink but a glorious deep brown on top from the rub and great hunks of pit-smoked BBQ chicken. Fries were salty and crisp, slaw was good, although nothing to write home about, cornbread had that lovely treacly, golden syrupy taste that you expect but it was rather dry and crumbly. The pit-smoked beans however were a thing of beauty, sweet, plump and with a BBQ kick. Did my friend order more? Of course he didn’t because, add in a few glasses of prosecco and after all that you’re going to be rolling yourself home, like a giant rib yourself. 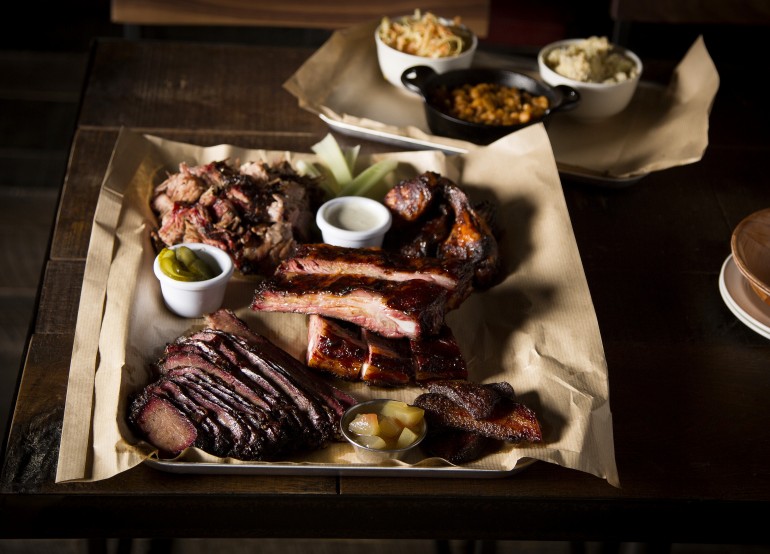 What We Drank: The bottomless brunch comes with bottomless prosecco, beer or house wine, so we chose prosecco and they never failed to top us up when they saw the glass was empty.

Go With: We must have heard a raucous rendition of Happy Birthday being sung at least once every half an hour, so clearly it is popular for birthday groups and at £29.50 for two hours of drinking and eating you can see why. Other than that, you need to take someone who is hungry and loves meat – sorry vegetarians.

Final Word: If you’re taking children under the age of 10 then they can eat free as long as you order the bottomless brunch or a starter and main from the a la carte menu.

Like this? Try these? Check out our guide to 9 of our favourite BBQ restaurants 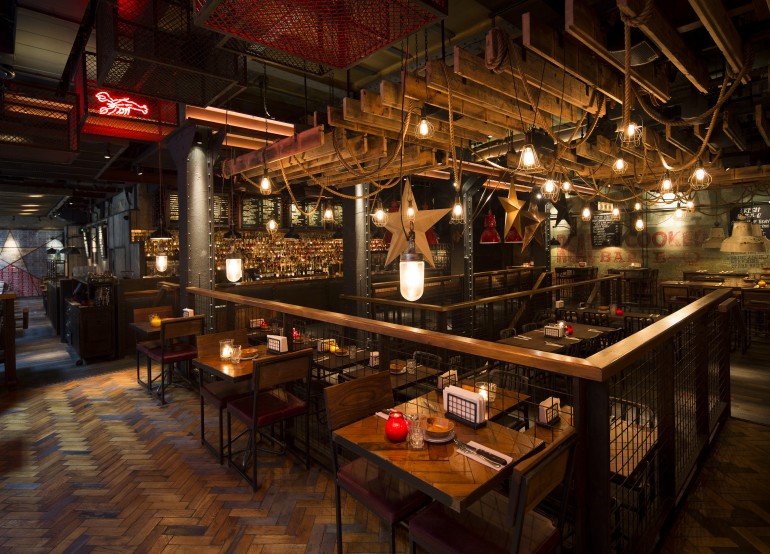