Bounce Shoreditch review – what we thought

Bounce Shoreditch has recently opened following the success of the first UK ping pong bar in Farringdon, so The Handbook went down to check it out. Located underground the reception strikes me as a bar meets bowling alley kind if vibe, with trendy graffiti on the walls as the receptionists check people in for their bookings. We went on a Sunday evening and the place was already heaving with an energetic buzz about the place. 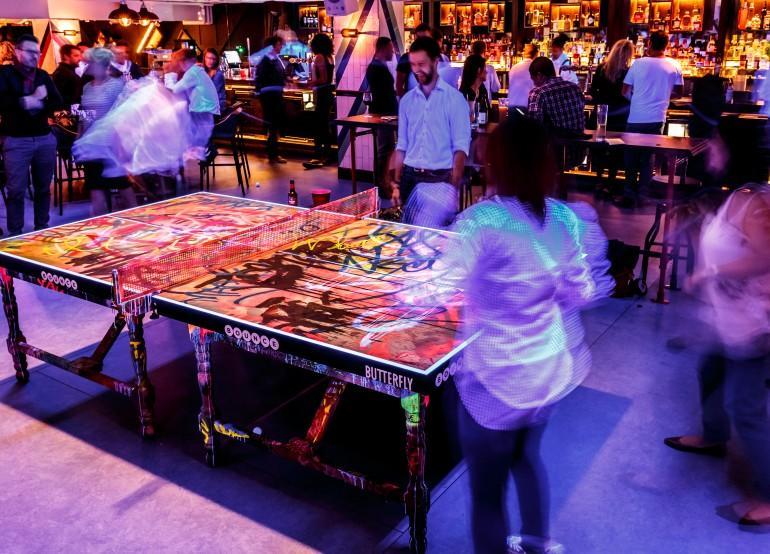 Everything is open plan with 17 bespoke ping pong tables spread around the venue with seating areas in between, though a space by the bar may be slightly safer from all the stray ping pong balls wildly flying around. The bar menu serves a range of beers, shooters, mocktails and cocktails of which my favourite was the Hurricane – Appleton white & dark rum, vanilla syrup, fresh lime, passionfruit, orange & pineapple juice.

With a little Dutch courage in me I was ready to step to the table and take home the gold. It turns out you only need a gentle touch with ping pong and after a few haphazard attempts, I got into the swing of things – literally. The whole venue has a night club feel to it with music blaring loudly, perfect for getting into the game where you don’t need to chat too much expect to bait your partner but it becomes slightly frustrating if you’re waiting to play, at the bar, eating or doing anything accept playing ping pong. I don’t really remember the score too well but I imagine I won and at the point had worked up enough of an appetite to head over to the food section. 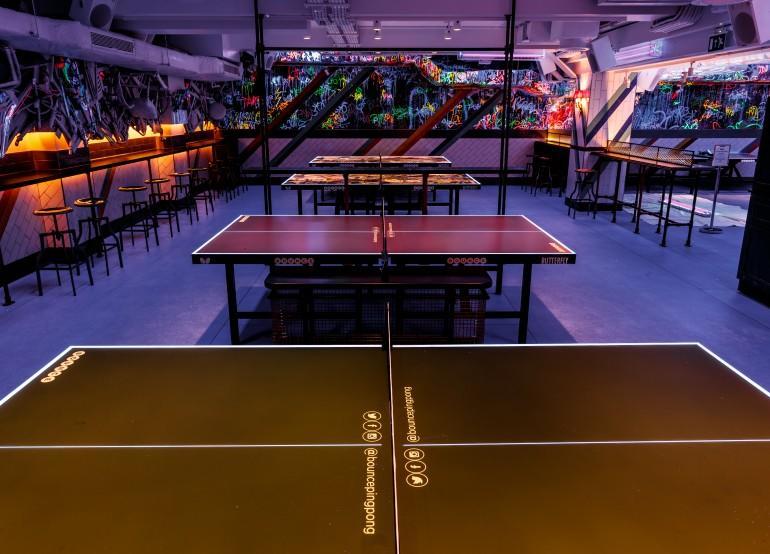 The dining area has a darker interior design over the brightly coloured décor that is splashed across most of the venue which makes it feel slightly more serene from the buzz only a few metres away. Bounce Shoreditch has an Italian themed menu with dishes like trio of bruschetta, Sicilian aubergine stew and a whole array of pizzas. The pizzas are the thin crust pizzas and are nice enough but nothing special, a term which can be applied to most of the food. The pan fried Label Anglais chicken breast with Tuscan beans, squash, tomatoes & tarragon was delicious if slightly on the small side. 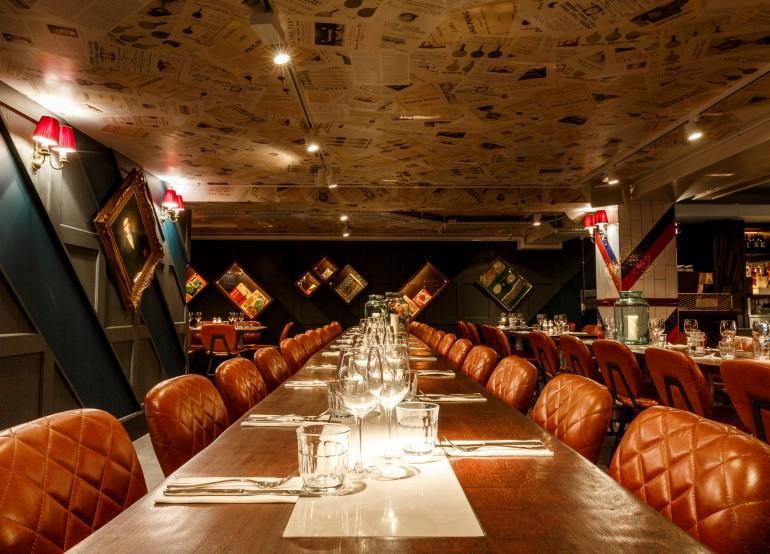 Over in puddings the cinnamon & orange panna cotta with orange marmalade had a fabulous creamy texture but came served in bowl rather than free standing as was expected (perhaps a little restaurant quirk) with other dishes on offer like pear & almond tart with Cornish clotted cream and a chocolate brownie.

For such a simple concept, a lot of fun is to be found at Bounce as its ideal for friends, partners or even team building outings although because there is a bar, it’s over 18s only. This is definitely the kind of place that you to come to, to play ping pong and not to dine. Although the food was pleasant the ping pong and lively atmosphere is definitely the main attraction plus of course the bar area with fantastic cocktails where you can go celebrate your victory – or drown your sorrows at losing, whichever the case may be.