In 2013, Eric Chavot opened the Michelin-starred French restaurant Brasserie Chavot on Conduit Street and so following on from The Handbook’s Meeting with Eric, we went to check it out.

The restaurant is typically French with deep red banquettes, ornate chandeliers, monochrome floors, mirrored walls and black polished bars, it’s elegant yet relaxed.  The menu includes dishes such as grilled mackerel and potato salad, tartare de saumon and cassoulet de canard et cochon. We started with a glass of Ruinart Champagne and olives…all 7 of them.  Never mind though, with the amount of food we had coming, we probably didn’t need the olives at all.

Deep-fried soft shell crab arrived in all their crispy gloriousness, deep fried but not at all greasy with whipped aioli; whilst a dish of snails arrived in a rich bourguignon sauce with veal meatballs and fluffy whipped potatoes, you needed a big hunk of bread to mop up all the rich sauce, to leave any would be a sin. 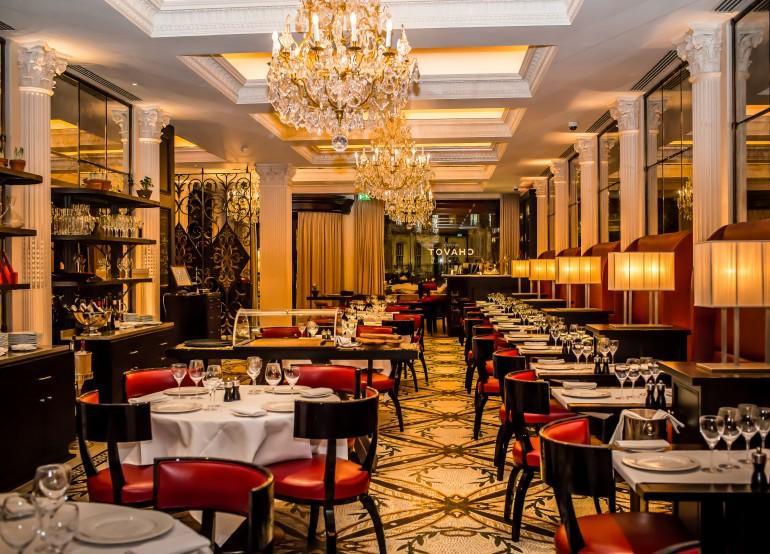 The special of the day was bavette de cheval and I thought perhaps I would feel a bit odd eating horse, but would the French? Probably not and when in Rome, or the Conduit Street, French version, I decided to let it slide. Topped with caramelised onion, served with frites and a lettuce which had been dressed in a rich aioli, it had a much more subtle flavour than beef but was beautifully cooked. Lamb shoulder arrived with spicy sausage and aioli potatoes, a rich, decadent dish – it was French cooking at its best, full of flavour, butter and cream. 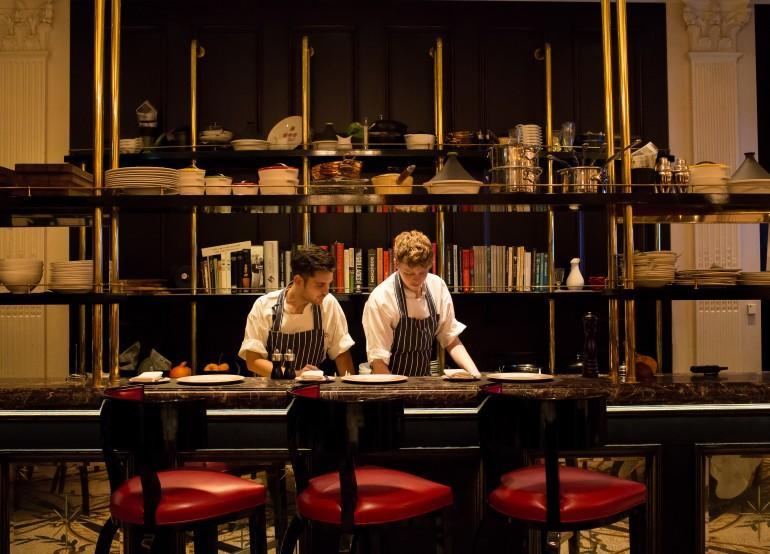 Our waistbands straining we soldiered on to pudding; a vanilla crème brulee was perfectly executed with a crisp topping, but an Ile Flottante which was described to us as sort of like a crème caramel in an pool of cream, seemed to be just a bowl of cream, with a soft meringue in the middle. However, pudding number three, yes we did have a three, a tarte tatin was pure indulgence, a real autumnal comfort food.

I suggest you go to Brasserie Chavot when you can really indulge, when you don’t have to rush off to somewhere else, when you can just get in an Uber home and lie full and happy on the floor – the stairs were too much for me – because you want to saviour the cooking and take your time over it the way the French would.

Win A Sparkling Afternoon Tea For Two At The Kensington Hotel