New? The London restaurant opened in November last year, with another restaurant in St Tropez.

On the Menu: Classic, authentic Italian dishes delivered with a touch of Mayfair class. Buffalo mozzarella with Parma ham, sea bass carpaccio, fried calamari and a section dedicated to ‘Burrata as you like’ make up the starters, with a choice of pasta or risotto for main or a fish and veal-heavy main menu making choosing pretty difficult. 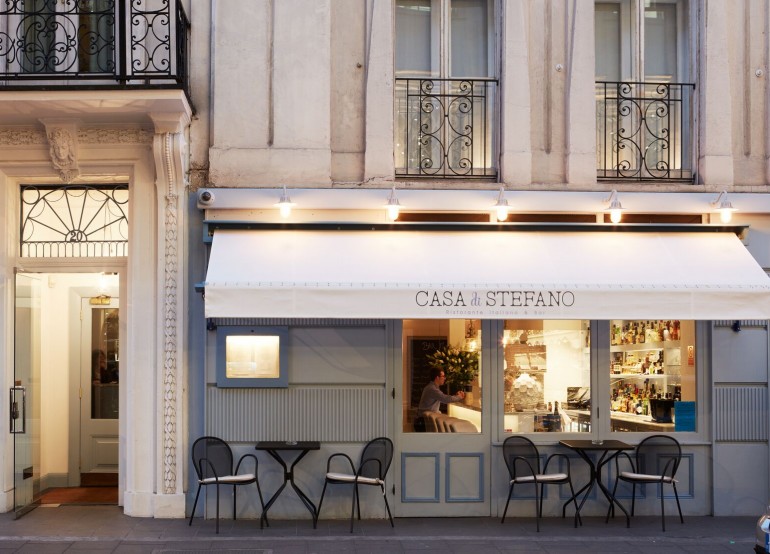 First Impressions: Sitting unassumingly on Mayfair’s Dover Street, right opposite Victoria Beckham’s boutique and just down from Hix Mayfair, Casa di Stefano looks from the outside like a true Italian ristorante, with the wrought iron balconies at the windows above and soft lighting making it one of those places you’d love to discover down a back street on holiday. In fact, it reminded me of a particularly memorable meal I had in Mykonos a few weeks ago, the only differences being that we were barefoot and the sea was inches away. 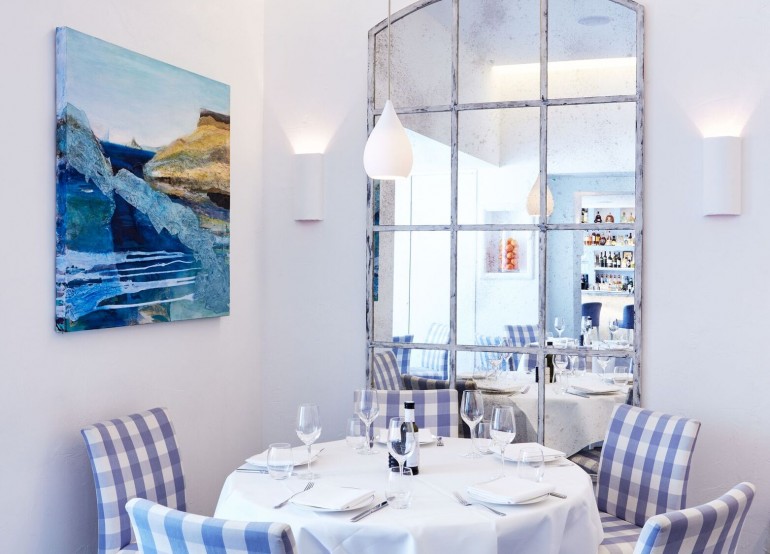 The Look: Whitewashed walls are complemented by blue and white checked chairs and the thickest white tablecloths. It’s smart whilst being rustic – you can imagine the St Tropez restaurant looking exactly the same, albeit a little more sun-drenched. Splashes of colour came in the form of jars of lemons, fresh lavender and pale blue painted wooden furniture with the overall feel light, fresh and clean.

What We Ate: As I touched on earlier, every dish on the menu would be worthy of a head turn and a smug smile as it is brought over to your table. Olives and very homemade breads are given to all as you browse the menu, with their own brand bottles of olive oil begging to be poured and dipped into. 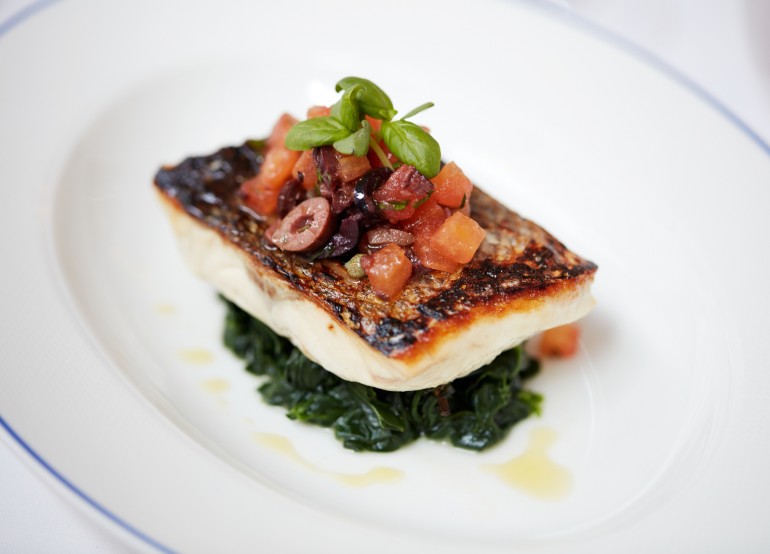 We were told burrata is not to be missed but, fancying something a little lighter, I went for the tuna tartare, on the waitresses recommendation. My guest ordered the plump scallops, grilled to perfection and dolloped with red and yellow pepper sauce. The simplicity of the dishes prove the pedigree of ingredients, most of which are imported from Italy. Onwards and upwards, my monkfish was faultless; crisp bacon was wedged between large chunks of meaty fish, on top of wilted spinach and all drizzled with a spinach and bacon sauce. A side portion of matchstick-sized fried courgette was big enough to share and satisfied my obsession with fried courgette, of which I had been suffering from withdrawal symptoms post-Mykonos. My guest was pleased with his seafood spaghetti – a special of the day but which I can imagine is a regular special with the exact seafood depending on what the kitchen get their hands on. His came with whole prawns, clams and mussels.

The dessert menu is pleasingly classic, leaving you thinking every dish will have been perfected. The individual lemon tart was huge, topped with a dollop of homemade vanilla ice cream, whilst my dessert was whipped up by the kitchen based on their possession of white Sicilian peaches (which had appeared as a special starter with prawns). The peaches came sliced with three quenelles of sorbet; raspberry, strawberry and lemon. Delicious. 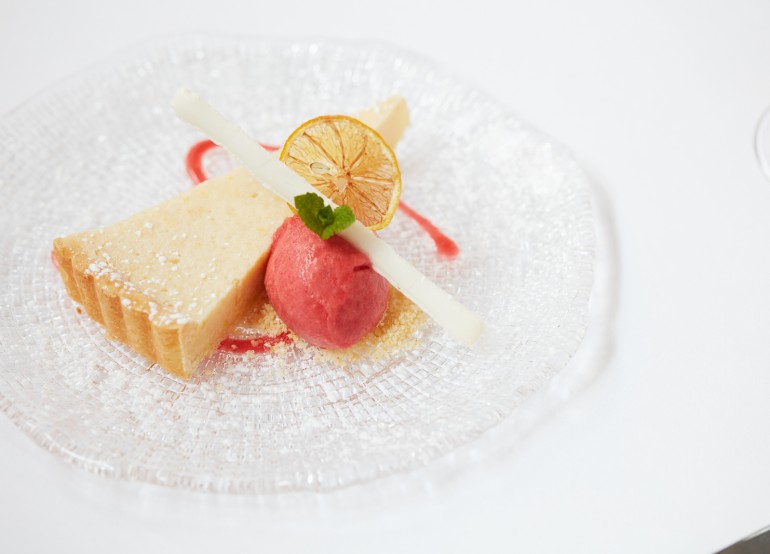 What We Drank: With a private dining room in the basement encased by walls of temperature-controlled bottles of fine wine and a heavily stocked bar as you walk in, you know that they take drinks as seriously here as they do food. Italian wine is the natural choice but after flicking through the thick wine list we handed control over to the Sommelier who brought us an aromatic, if a little heavy for my liking, 2015 Sauvignon “Basaltik” La Cappuccina. Take a seat at the bar for an apertivo or prolong your meal with a port, sherry or glass of dessert wine.

Go With: For lunch I imagine the restaurant full of businessmen, pretending to discuss important matters over bottles of fine wine and racks of lamb, but in the evening there was almost a village-y feel with what looked like locals enjoying the unpretentious sophistication.

Final Word: Unlike most Mayfair restaurants, Casa di Stefano is understated yet refined; the service was impeccable – discreet yet attentive – and the food was pretty much faultless. The bill won’t let you forget you’re in Mayfair, but everything else will. Besides, it’s still cheaper than a holiday.