New? It is relatively well established after opening 8 years ago in 2008.

On the menu: ChaChaMoon is a Chinese noodle bar that offers both classic dishes like chargrilled chicken lao mian as well as regional dishes like Chinese calamari and Taiwan beef soup noodle. In lieu of starters the menu offers sides that are to be eaten alongside the main dishes.

First Impressions: ChaChaMoon has 2 entrances including one that opens up on the popular foodie spot, Kingly Court, where the majority of diners were to be found seated in the terrace. We were seated inside where it was considerably quieter and darker due to the stark contrast of how bright it was outside and the dim lighting inside.

The Look: In place of tables ChaChaMoon has long benches for more social dining which was nice as when we went we had space to spread out. As mentioned, it was a tad dark in the restaurant but this caused no problem once seated as the overhead bench lights provided perfect lighting.

What We Ate: I love a good buffet as it means I can sample as many different flavours as possible so The ChaChaMoon Platter was a great way to try a few bites of everything. We worked our way through prawn guotie, fried beancurd, spring rolls and fried wontons which were all solid items, tied together with a delicious section of dipping sauces – my favourite was the Chinese BBQ sauce. For mains I went for the vegetarian Singapore fried noodles with beansprouts, red and green pepper, chilli, onion, egg and rice vermicelli except I decided against chilli and then added splashes of the garlic chilli sauce on the table so I could monitor the spice addition. The vegetables were scarce in the dish and it would have been been nicer to have some more colours and textures. The same can be said for seafood Singapore fried noodles with scallop, prawn, squid, beansprout, red and green pepper, chilli, onion, egg and rice vermicelli. Great flavour to the dish, it was just lacking a little colour and texture in the way of vegetables. 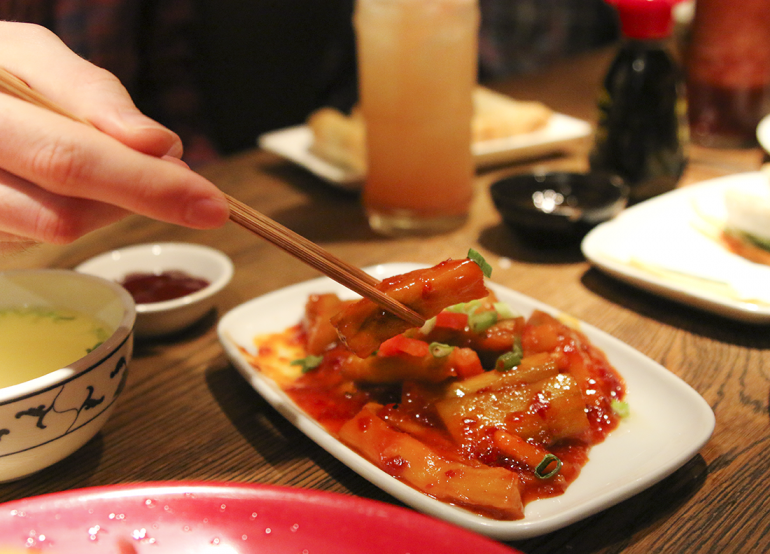 My favourite dish of the evening was the baked banana wrapped in a crisp roll with creme de leche ice cream and red bean paste. It was akin to a banana spring roll with a fantastic soft middle and crispy shell, complemented with the sweet ice cream. In comparison the mango pudding seemed like a healthy option with the cubes of mango but I fear I was just kidding myself as it was all so sweet.

What We Drank: I cooled down with a refreshing watermelon and lime juice while my guest opted for a well sweetened mojito. They have a nice selection of juices and cocktails plus beers, wines and coffees.

Go With: Given its location so near Oxford Circus and Carnaby Street, this would be the ideal place to stop off with some shopping buddies to gather your strength before hitting the shops again. 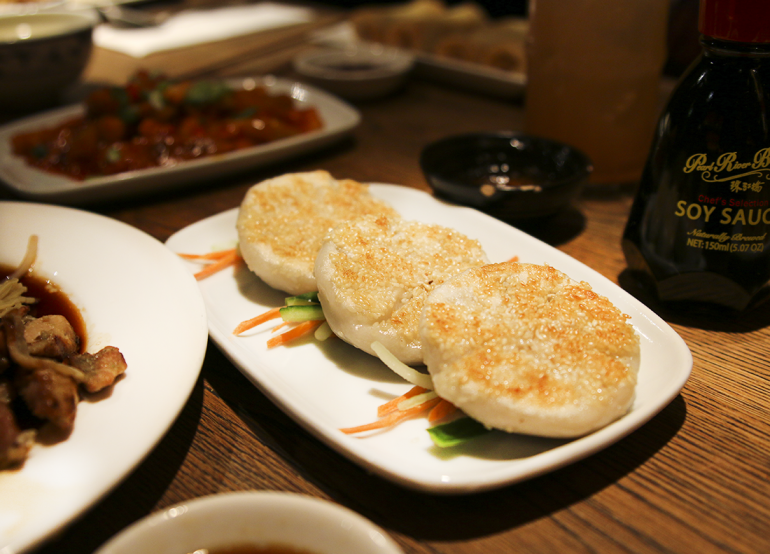 Final Word: The staff was friendly and did their best to be as helpful as possible but none of dishes I tried were impressive enough to warrant a return visit, especially with powerful neighbours such as Dishoom, Bao and Dirty Bones. The only pull may be that while there are regular queues for Dishoom and Bao to even get seated you can be sure of a reservation and quick service at ChaChaMoon. The portions are on the generous side though meaning you won’t go hungry but there is definitely room for improvement when it comes to flavour.

Win This Year’s Rodial Advent Calendar Worth over £250