The Handbook recently reviewed Richard Corrigan’s restaurant Bentley’s and as we are all about being inclusive, we decided it was only right that we also reviewed its sister venue, Corrigan’s…nothing to do with the promise of more food, we swear. Corrigan’s is an upmarket venue in Mayfair and I was excited to return to the venue after not having eaten there for a while. It is safe to say that I was not disappointed and left feeling impressed and oh so full.

Richard Corrigan is a renowned and multi-award winning chef who has been cooking since he was a youngster. He is passionate about using ingredients sourced in Britain and Ireland; think butter and bacon, cheese and charcuterie, sausages and salmon. His attention to detail and emphasis on coupling locally sourced food with great hospitality is evident in his Mayfair offering, the eponymous Corrigan’s.

I’ve always enjoyed Corrigan’s food and for me, the restaurant’s strengths are in its seasonal cooking and I think the epitome of this is over the autumn period – it’s also where the restaurant has always excelled on the game cookery front. The restaurant definitely has an old school hotel feel, which creates quite a decadent atmosphere, with subtle, yet effective touches, such as the piano playing in the background while we ate. 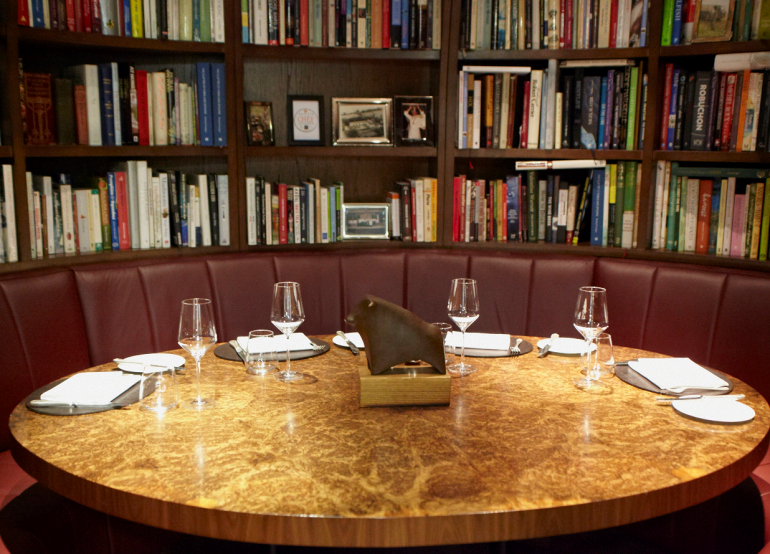 The menu was classic and traditional, and the food on offer was certainly very well thought out and put together. For starters, I enjoyed a crab salad, which was refreshing and the squid ‘pasta’ starter was excellent. The highlight of my meal was the turbot, which had fabulous flavouring. My guest particularly enjoyed the rhubarb ice cream with strawberries and coulis. This was a combination of robust and delicate flavours and resulted in a successful and original dish. The service at the restaurant was great and we were especially impressed by the wines on offer (no surprises there) and the servers’ in-depth knowledge of which wine paired well with each dish, has to be commended. 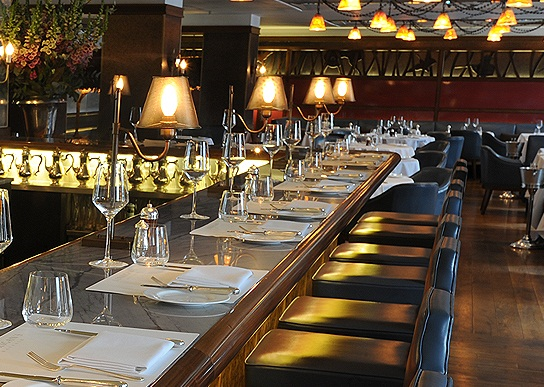 Overall, Corrigan’s is a great restaurant to enjoy traditional food in an opulent setting, which is well thought out and expertly prepared. While the formal atmosphere may not be for everyone, the impeccable service and tasty food definitely puts you at ease and leaves you satisfied and potentially unable to move (that’s the price you pay for filling food!)