On the Menu: The new menu takes inspiration from the banquets of the Indian Royal Court so you can expect to see dishes like slow roasted leg of baby lamb, royal Madagascar prawn and shahi kulfi with pistachio.

First Impressions: The roar of the bar was noticeable on arrival so I expected the restaurant to be heaving but it was near empty. The noise later proved to be large group from a Christmas party which luckily made their way in just as we were exiting. I wasn’t put off and we were seen to quickly at our table with helpful waiters guiding us through the menu.

The Look: High ceilings and an open kitchen give a very spacious feeling to the restaurant; the floor is made up of slabs of slate with navy walls and touches of gold lighting and ornaments. The bar area is much smaller and darker, suitable for kicking back a few drinks post-work. 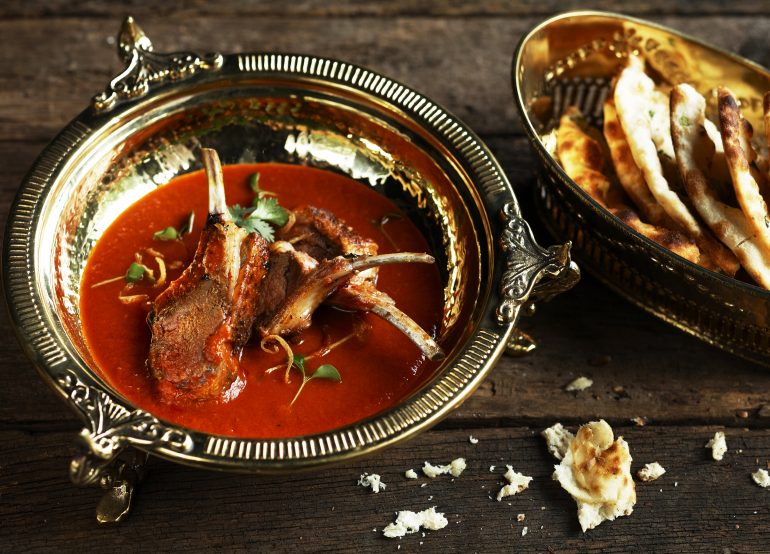 What We Ate: Things began strongly with a small patty of green pea and apricot, mixing sweet and savoury with unmistakable Indian flavours. The grill section had several winners like the tandoori gobi adraki, a small plate of grilled cauliflower with coriander chutney, and the kadhai which had sizeable fresh water king prawns. Cumin roasted potatoes weren’t crispy enough for my taste and while the kaali dhal was delicious it definitely had a kick to it, not suitable for the spice-wary.

What We Drank: For an Indian restaurant the drinks menu is impressive with cocktails galore alongside a lengthy wine and liqueur menu. That being said I was disappointed with Moglis Temple, the ingredients described as tropical flavours mixed with Captain Morgan rum and homemade honey butter cream sounded like a buttery, exotic dream but even the totem pole shaped glass couldn’t save the drabness where none of the listed flavours could be identified. I retired my drinking after that but with so many options there would undoubtedly be some winners which I would definitely recommend drinking the in the cool bar area. 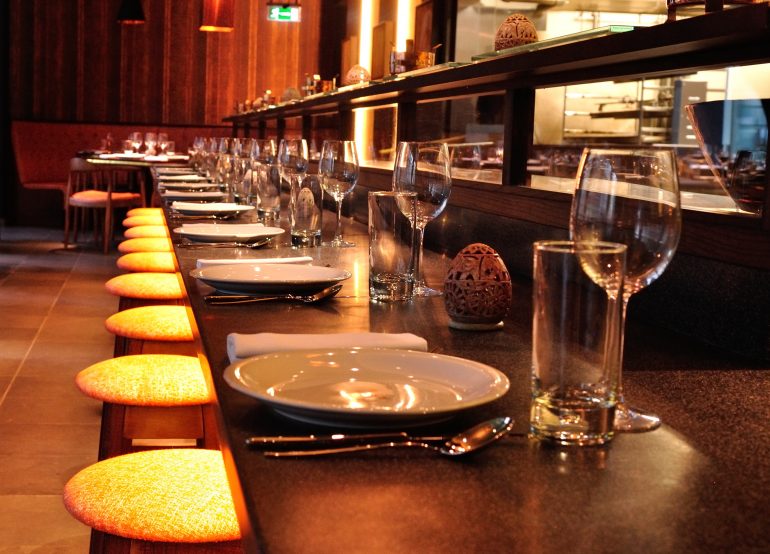 Go With: The location is prime for local office workers in Liverpool Street but also well-suited to take a date to for a few cocktails in the intimate bar area before sobering up with some fine dining in the restaurant.

Final Word: As a returning diner to Daarbar it is certain to say that I enjoy the food there, I don’t find the dishes mind-blowing but they definitely have a few strong plates on the menu. With such a great drinks menu, it’s definitely worth a visit to the bar in its own right.

Like this? Try these: Daawat, 51 Buckingham Gate and Chor Bizaare