New? Gaucho was founded in 1976 with the original restaurant in Amsterdam. The first UK restaurant was opened on Swallow Street (Piccadilly) in 1994 and, fast forward a few years, there are now 14 UK sites, including Manchester and Leeds as well as restaurants in Dubai, Hong Kong and Buenos Aires.

On the Menu: Steak and red wine. Organic Argentinian Aberdeen-Angus steak to be precise, cooked on an open flame for the most authentic taste and sourced from the fertile grasslands of the Pampas. Impressively, the wine collection is not only exclusively Argentinian – all but 10 bottles are made exclusively for Gaucho. Other traditional Argentine dishes include empanadas, ceviche and, when you get to the dessert menu, plenty of dulce de leche. Choose from the a la carte, lunch, business lunch, electro brunch, Sunday lunch or late night dining menus, or do as we did and dine from the group dining sharing menu.

First Impressions: Gaucho is slick. You feel it as soon as you walk in; the lights are muted, the colour scheme is monochromatic and, as you walk past other diners, you see that the Champagne and wine flows. In the Charlotte Street Gaucho the dining area is in the basement, the lack of natural light making it the perfect glamorous evening destination or spot to escape for a ‘business meeting’ during the day. We ate in the private dining room – big enough for 12 guests whilst remaining intimate and possible to talk to everyone around the table without shouting over your sirloin. 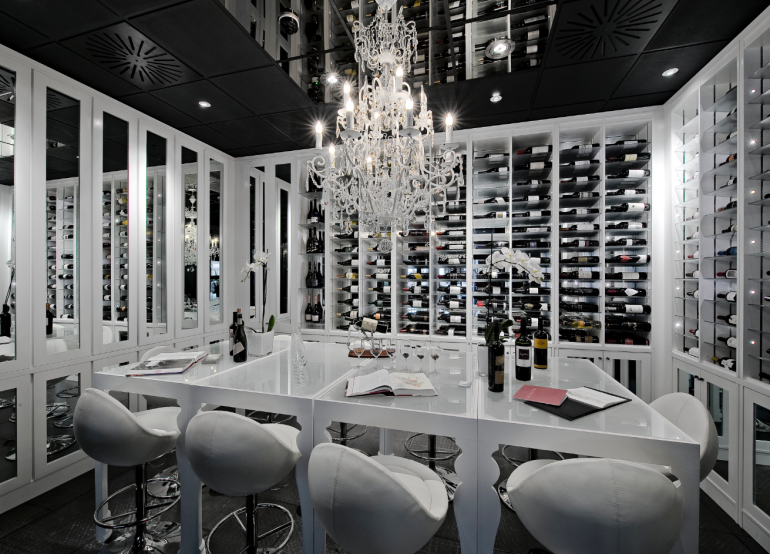 The Look: Despite ‘steak’ being traditionally masculine, Gaucho has done well at creating an environment that also appeals to the girliest of girls. Huge crystal chandeliers, lacquered  surfaces and vast walls padded with black and white cowhide basically sum up the look – it’s their USP. The private dining room where we sat is straight in front of you when you walk in, with doors to close it off to guests passing down the staircase to the restaurant below. The walls are lined with bottles from Gaucho’s strong wine collection (more on that later) and a mirrored wall lets you discreetly check for red wine teeth – stylish and practical. Although the strong Gaucho identity is rolled out across all their restaurants, each still feels very different – the private dining rooms in particular – so it’s worth checking them out before you make a booking to find one you love.

What We Ate: Once we arrived the table was already loaded up with charcuterie boards and baskets of buttered pitta and (incredibly addictive) cheesy bread balls. After chatting a bit and attempting to pace ourselves on champagne and breads, we moved on to the sharing menu and the starter offerings of tuna and stonebass ceviche, as well as the filled beef and spinach empanadas. Both the ceviches were refreshing and delicious and we had a hard time determining which one we liked more. For the main course, we were presented with  juicy chunks of filet mignon and sirloin, along with mushrooms, creamed spinach and chips. The beef was extraordinary, beautifully cooked, we now know why Gaucho is so popular among steak fans. The chips, however, were rather small and seemed to be more like scraps rather than the traditional thick chips us Londoners are accustomed to (our American intern, on the other hand, loved them). For dessert, we feasted on dulce de leche brownies (Editor/brownie connoisseur, Emily, said they were the best she’d had) and banana mess, similar to Eton Mess but with bananas, honeycomb and cream, and as much as we all love chocolate, we could not get over how delicious the banana mess was. It did not last long, to say the least. 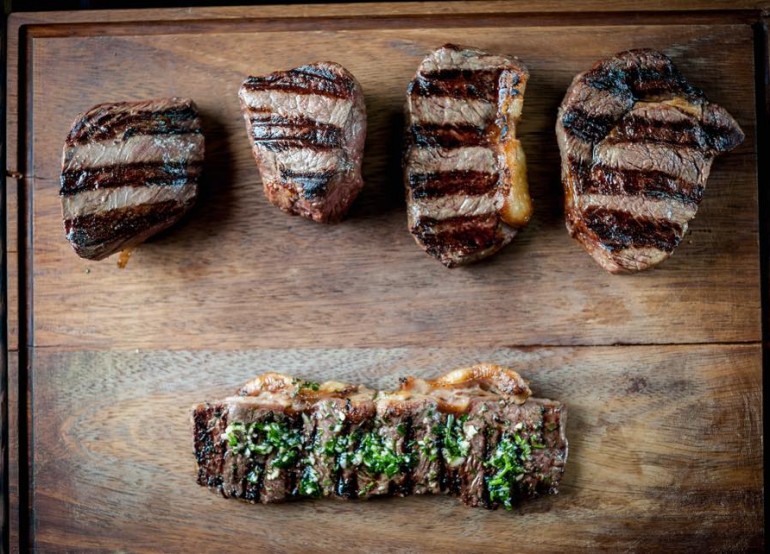 What We Drank: Gaucho is known as much for its wine as it is, its steak. Its impressive Argentinean wine list features wines which are exclusive to Gaucho, they also host wine tasting evenings and events and you can also opt for bespoke wine experiences with their sommeliers. We started with a Seleccion G Torrontes, a refreshing white which worked beautifully with the ceviche. Originally thought to be from Spain, the Torrontes is actually a grape variety that is native to Argentina, a cross between Muscatel de Alexandria and Criolla Chica it is grown in the Northern province of Salta which happens to have the highest vine yards in the world. To go with the steak we went for a classic Malbec, Vina Patricia which is grown in their 80 year old vineyards, it was also the perfect match for the chocolate brownies. 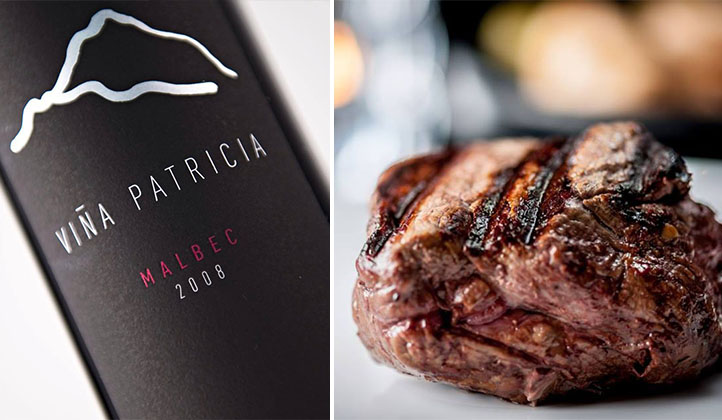 Go With: As we’ve said steak is often deemed to be quite masculine, the fact that 90% of the diners there that night were men is testament to this. There were groups of business men and guys about to start their night out but we think it would be perfect for a date night or if you have a group of clients you need to impress.

Final Word: Whilst they do serve other dishes you really do have to order the steak – it is Gaucho after all.