What: Grand Trunk Road is the brand new Indian restaurant in South Woodford from acclaimed restaurateur, Rajesh Suri, who is synonymous with Michelin-starred eateries such as Mayfair’s Tamarind.

New? South Woodford is enjoying somewhat of a restaurant boom at the moment with the most recent addition of Grand Trunk Road in late November 2016. 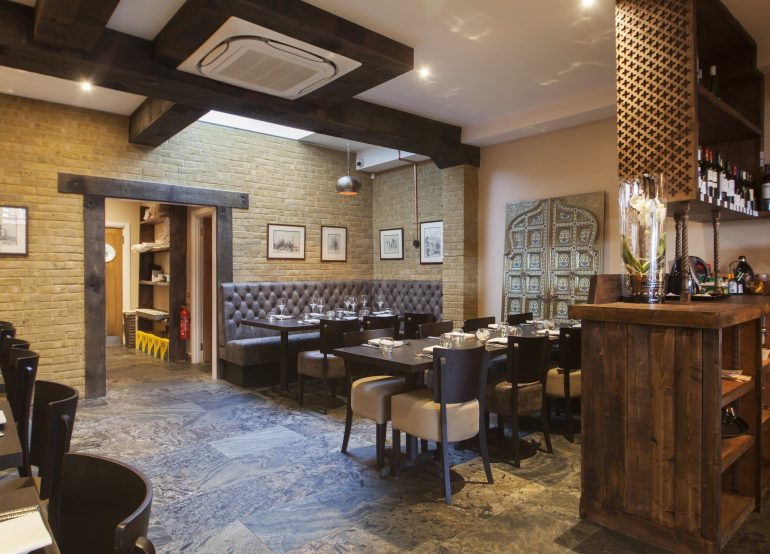 On the Menu: Menu highlights include tiger prawns with coconut milk, turmeric and ginger, baby eggplant with red and green peppers in masala, ground lamb with garden peas, egg and freshly roasted whole spices while the sweeter options include homemade mango kuli and cinnamon chocolate cake.

First Impressions: The staff were pleasantly attentive even as the restaurant filled to being packed, the quality of service never faltered; when a knife gets dropped, seconds later a fresh one is being presented like a fine sword.

The Look: Rajesh designed the interior himself with displays of warming copper tones paired with stone, all softly lit with amber lighting. A deluxe corner booth was created for gatherings and larger group bookings.

What We Ate: The delhi ki chaat had a great mix of creamy yoghurt, sweet tamarind sauce and a touch of spice from the chickpea salad, all laid over wheat crisps. The awalpindi ka chapli kebab contained generous cuts of tender chicken with baby spinach, fresh coriander, fragrant spices, tamarind and mint chutney. Things got all sorts of exciting with the arrival of lucknow ki nihari; slow-cooked lamb shoulder shanks in an aromatic sauce that literally falls off the bone and melts in your mouth. The paneer kofta was described as dry fig-stuffed paneer in a cashew nut and pepper sauce, and while they were delicious (special props to the sauce), the paneer was hard to detect and the fig almost impossible to taste. Described as a main, the three greens is most definitely a side but it was refreshing to have vegetables of broccoli, fine beans and baby spinach with cumin and crushed pepper to cut up all the creamy sauces. 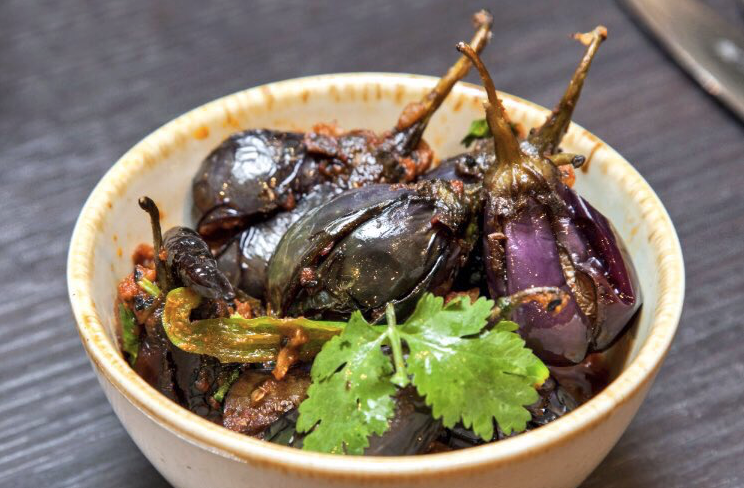 What We Drank: The drinks menu incorporates a sumptuous list of cocktails, lagers and Indian wines. I opted for the Punjabi Mojito with berries, rum and ginger lemonade which was highly refreshing with a good combination of flavours.

Go With: Whoever you wish, mood lighting is great for dates but there was a total mix of families and friends when we visited. Meat eaters will go wild for some of the dishes here but there is plenty for vegetarians too.

Final Word: Although the restaurant is a little out the way being in zone 4 (for me at least) it was worth the journey to devour the best chicken and lamb I’ve ever eaten in an Indian restaurant. Only a month old, the venue was full when we left including the seats at the bar so obviously the good name of the team associated with it has already travelled far.

Like This? Try These: Daawat, 51 Buckingham Gate, Chor Bizaare