New? Greenwood itself opened end of January, the latest addition to the ETM Group, while the brunch launched end of April and is ongoing.

On the menu: Smaller dishes include your typical breakfast items like poached eggs with Marmite hollandaise on a toasty crumpet bed before moving on to more substantial offerings like a crispy buttermilk chicken burger and stone-baked pizzas. You need to keep room for desserts like fried apple pie with cinnamon ice cream and Oreo cheesecake with blondie crumb. 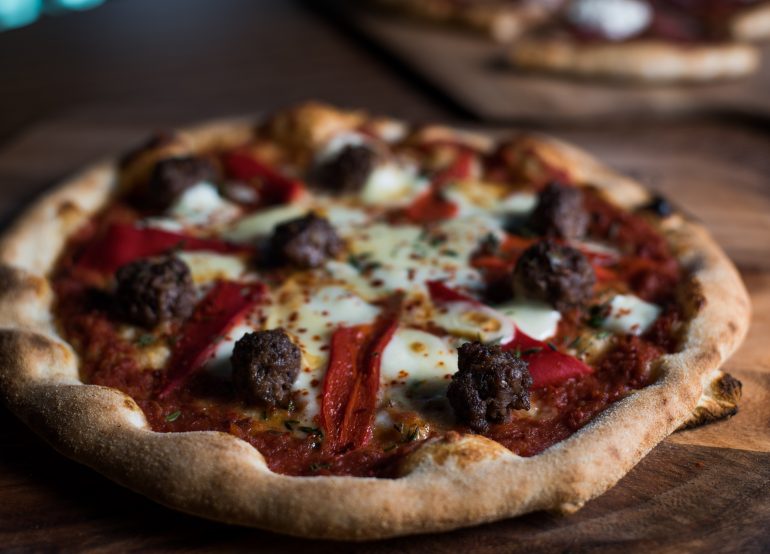 First Impressions: Seeing as the brunch only starts at 11am on Sundays and Greenwood is also a bar, it was quiet when we arrived. The air con was on full blast even though it wasn’t particularly warm outside and I had goosebumps by the end; the service was good though and very attentive.

The Look: Greenwood looks like an American diner that has been given an industrial makeover; high ceilings have exposed pipes running all over them while the booths and stools at the brown wooden bar are earthy tones of green, blue and brown – the actual theme is 1970’s college common rooms and libraries. In-keeping with the Nova style, the street facing wall is made purely of glass allowing for people watching and plenty of light. The space next to it is designed by Russell Sage Studio and is filled with an eclectic mix of furniture and textiles. 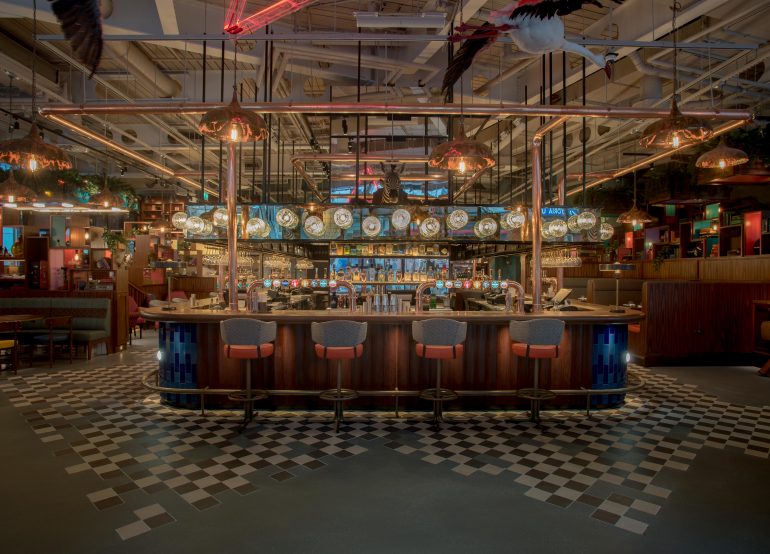 What We Ate: Eggs Florentine doesn’t allow for dryness with a buttery muffin covered in yolk and hollandaise sauce and is a good beginner. Veggie burgers are normally a bore-fest; dry bean patties between 2 slices of bread and a sad lettuce leaf to complete gets no one excited but the offering at Greenwood is a different story. The falafel patty was moist on the inside with a crispy breadcrumb coating, topped with halloumi cheese, salad, harissa, tahini mayo and crispy onions there was no chance of any dryness, even the bun was nice. If that hasn’t convinced you of a vegetarian switch up the Shorthorn double cheeseburger with pickles was a real winner, beating out any rivals we’ve had recently.

Showing their American influence, the fried apple pie with cinnamon ice cream was divine – those with a sweet tooth will appreciate the smattering of cinnamon sugar and sauce all over the plate, as if this dish needed any more sweetening. 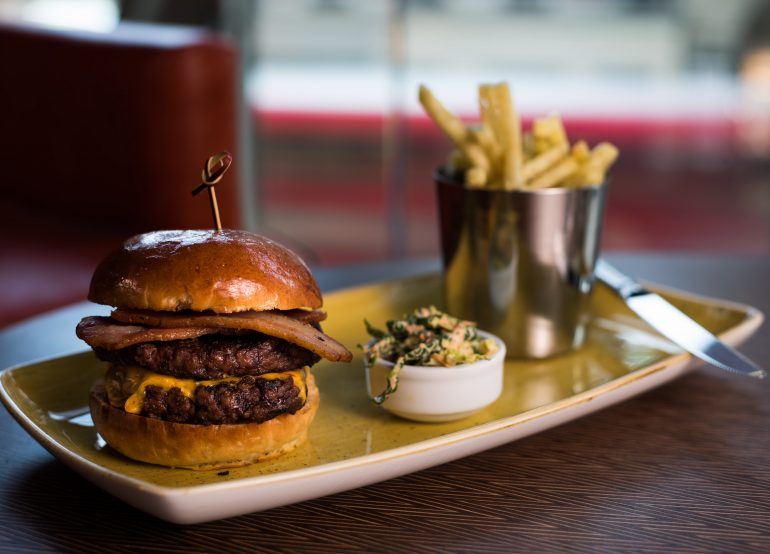 What We Drank: The 2-hour brunch sitting includes bottomless Prosecco, Mimosas, classic Bloody Marys or ETM wine – not quite ready for wine we went for a classic brunch option of Bloody Mary.

Go With: With a sports bar upstairs complete with pools tables, shuffleboard, a retro pinball machine and live streaming of major sporting events this is a good one to go to with a sports fan – a few Mimosas down and a game of pool is going to get more interesting.

Final Word: 3 courses at 11am was a tad ambitious so it might be worth opting for the 2 dish option that early and saving the 3 courses for later in the day as the brunch is available until 4.30pm. The Sports Lounge upstairs is definitely worth a visit to play some games and check out the latest coverage for any sports fans.

Like This? Try These: The Botanist, Percy & Founders, Tom’s Kitchen