Follow the incense down the stairs and you’ll come to Hakkasan. Personify Hakkasan and it’s an alluring figure dressed in black. Black velvet cushions, black walls with ornate cut outs, black banquettes and black tables, it has the atmosphere of a late night restaurant on a Thursday or Friday, it’s the sort of place you want to dress up for, even the waitresses are in bodycon dresses. 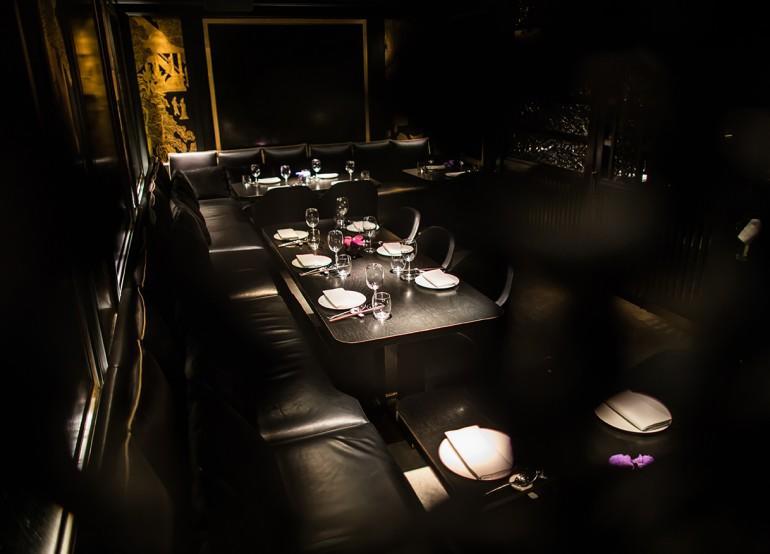 They’re known for their dim sum Sundays, a 6 course menu created by Chef de Cuisine, Ho Hip Wah with their resident DJ on the decks. Served between 12pm and 6:45pm it’s the perfect remedy to banishing the Sunday blues, especially with dim sum meaning ‘touching the heart’.

It starts with cocktails, we opted for the Meishan Mimosa: Louis Roederer Brut Premier NV Champagne, carrot, ginger and orange – it’s like a raw juice, just given an alcoholic makeover, somehow here this is acceptable, adding a shot of vodka to my green juice to make it more bearable in the morning apparently is not.

A generously portioned crispy duck salad, was light, fragrant and a caramelised piece of fish was beautifully sweet and cooked to perfection. It came with egg fried rice, a seafood and water chestnut lettuce wrap and pieces of asparagus. It’s very easy to sit there, picking away at the food, drinking the Champagne that also comes with it and forgetting that this isn’t Friday night, it is instead Sunday afternoon and you really shouldn’t be drinking quite so much, but cest la vie. It is of course the dim sum that is the star; scallop shumai, duck and pumpkin puffs, Duck and yam bean dumplings and King crab truffle rolls are amongst the offerings and by the end I resembled a piece of dim sum. 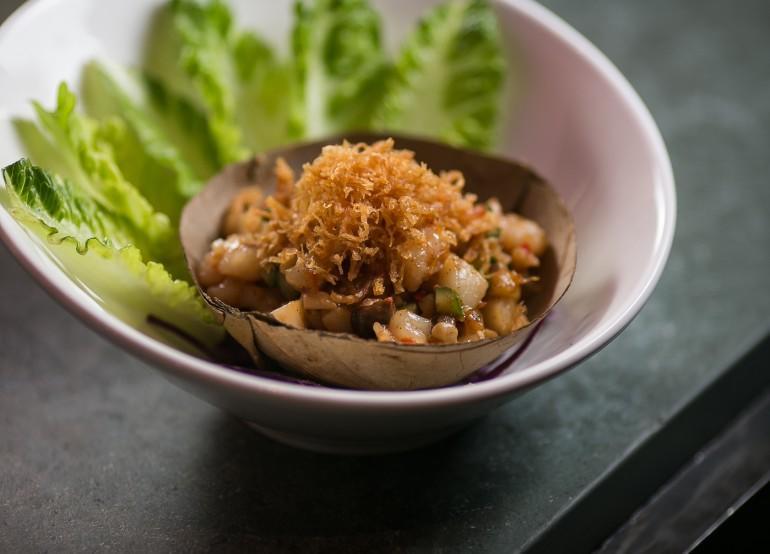 To finish we went for the Jivara bomb – a milk chocolate, hazelnut, praline and Rice Krispies creation that snapped and crackled as molten chocolate was poured on top to give way to ice cream beneath. To accompany was a Fitzrovia Plum – Suntory Hakkasan, 12 years whisky, plum sake, limoncello, ginger bread and Burlesque bitters. 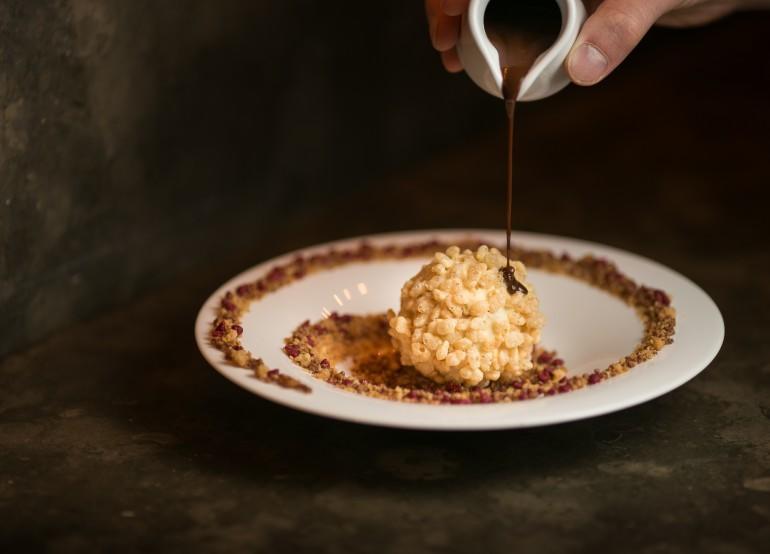 If everyone spent Sundays at Hakkasan then I predict Sunday blues would be a thing of the past – although Monday hangovers might also be a thing too.