What: Need some holiday inspo? The 5-star hotel, Iberostar Sábila in Tenerife, is the ideal holiday destination with endless sunshine, top quality service and even an infinity pool overlooking the beach for the ultimate #holidayselfie.

New? The adult-only hotel has just undergone a massive 12-month refurbishment costing more than €40 million; everything is brand new and pristine, even the gardens are immaculate.

Where? The Spanish island of Tenerife, incidentally nearer to Africa than Spain, is home to Iberostar Sábila which is a conveniently short taxi ride to the nearest airport, Tenerife South. The hotel gets its name from the Arabic word ‘Sabaira’, the scientific term for ‘aloe’, because southern Tenerife is home to one of the largest aloe crops in Europe. The aloe vera theme runs strongly throughout the hotel and you’ll see it popping up all over the place in various ways.

Rooms: Iberostar Sábila offers a ‘Star Prestige’ premium service across their top 2 floors only accessible in the lift by guests’ room cards, entitling them to superior rooms and a number of exclusive amenities like access to the private infinity pool and a pool bar with complimentary alcohol, hot and cold drinks, and snacks and cakes. Obviously this is where we stayed because, only the best for The Handbook, duh!

Hotel bathrooms are normally really cramped so I was pleasantly with my spacious bathroom featuring 2 sinks, a separate toilet and separate waterfall shower.

You’d hardly be slumming it in the normal rooms though as Iberostar Sábila is still a 5-star hotel, so all 472 rooms have their own balconies, full bathroom toiletries (including the usually forgotten hair conditioner) and Bluetooth that you can sync to your phone and play everywhere including in the shower.

The family that owns Iberostar Hotels & Resorts are big animal lovers and the décor reflects this; the sliding bathroom door in my room had a massive local bird on it (which looked suspiciously like a robin) and a lamp shade that looked like a nest whilst in the reception is a massive wooden fish sculpture and fish pillows, other hotels have things like giant otter images in their bathrooms. Keen-eyed guests will also notice aloe vera plants dotted around the hotel as well frosted onto glass and in the wallpaper.

Bar: Knock back an aloe vera cocktail in style in the Lobby Bar; possibly my new favourite drink, it’s like a frozen daiquiri in texture mixed with a refreshing concoction of lemon, rum, ice and aloe vera liqueur topped with actual chunks of aloe vera (which is fairly disgusting when eaten on its own).

Restaurant: Iberostar Sábila has a buffet which can be overwhelming and I can neither confirm nor deny rumours that I was having 2 course breakfasts every day because I wanted to try everything. During breakfast make sure to get involved with the aloe vera by trying their aloe vera yoghurts and jam which are both pretty nice. They also have a Gourmet Market which serves as a sort of indoor street food centre, guests can charge to their room number while non-guests pay up front. They have a selection of vendors serving anything from Asian food like dim sum and Bao buns to traditional Spanish food like Spanish tortilla and all the cheese and meat you can eat.

Go With: It’s an adult only hotel but before you get excited with any ideas of it being a haven of “adult only entertainment”, what it actually means is no screaming kids. It’s peaceful and relaxing with a slightly older clientele. Don’t go here expecting to party, but if that is more your thing then you can head to the local town to fulfil your partying desires and then return to the safety of Iberostar Sábila for luxurious recuperation. 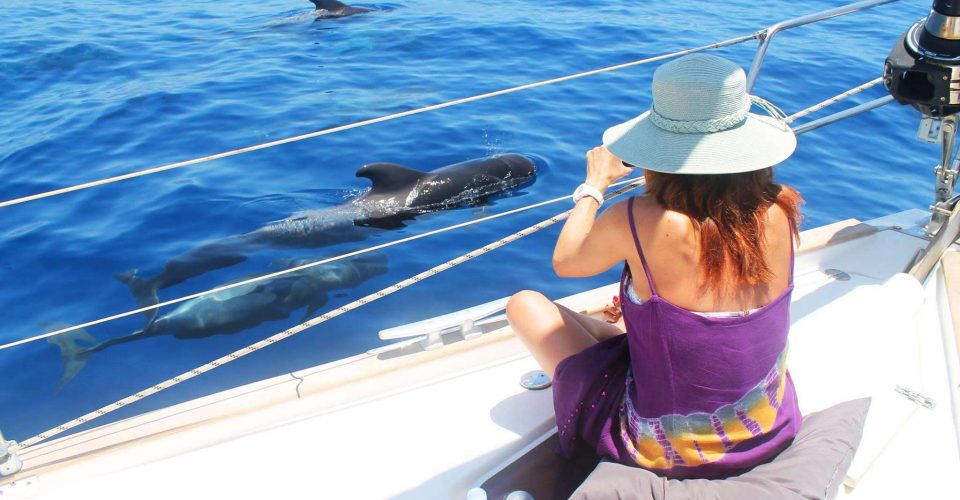 Final Word: Iberostar Sábila has everything you need for a relaxing holiday; an exclusive infinity pool area for Star Prestige guests and the picturesque, heated main pool which is for everyone, the beach is within a short walk, daily complimentary fitness activities, a spa and a food market with various cuisine options plus so much more. If you ever want to see more of Tenerife itself you can check out the Tenerife Tourism Corporation; we especially recommend doing some whale and dolphin watching with Big Smile, they take you out on a private boat where you can enjoy the sights of the island as well as having dolphins race next to the boat (they won effortlessly) and in our case spying sleeping pilot whales and curious turtles.