What: So while most of us might be used to eating Chinese food on our laps in front of the telly, high-end Chinese restaurant Park Chinois has a more luxurious idea of dinner and entertainment. Replace Chinese from your local take-away with Mayfair standard Asian cuisine and replace watching Gogglebox with top-quality cabaret.

New? Park Chinois is at the forefront of London’s fast-growing cabaret scene, so while they’re dab hands at putting on a show, their latest offering is brand new.

First Impression: The opulence at Park Chinois is palpable, as soon as I put my pauper foot through the door it felt like the scene in The Water Babies where Grimes jumps into the river and into a magical world – in this case I am the poverty-stricken chimney sweep. Park Chinois is based on the legendary dinner-dance clubs of Shanghai in the 1930s so velvet is abundant, the lighting is low and there is a strong red and gold colour theme. 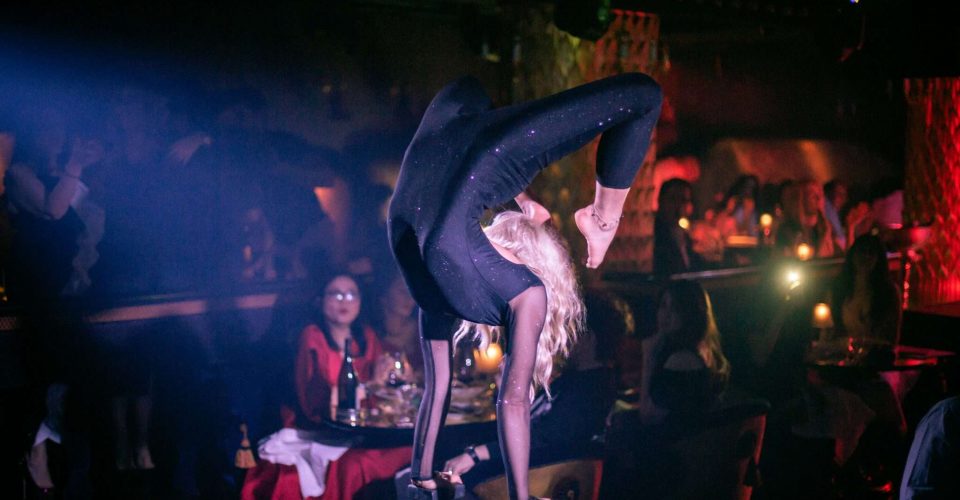 On The Menu: If you want a taste of how the other half lives, and to unceremoniously discover which half you belong to, then a quick peruse of Park Chinois’ menu should do the trick. Their potted rice with summer black truffle is £37, grilled Japanese Hida Wagyu rib-eye 180g with seasonal vegetables is £120 and the cheapest salad is a medley of baby kale, shiitake mushrooms, baby spinach and ginger soya dressing at £19.

What We Ate: At a restaurant like this I wouldn’t normally give a vegetable curry the time of day but our waiter recommended it and I took a leap of faith wherein the curry gods rewarded me thusly. Though Japanese squash, cauliflower, seasonal melon and coconut sounds like a simple mix, the sauce tying it together was incredibly moreish and I finished every bite. Another dish with few ingredients but a lot of flavour was the mock chicken with crispy soya and chilli, noticeably not very spicy for a dish that names chilli as one of its main ingredients. The braised Chilean Wagyu beef short ribs with classic black bean sauce had a slightly strange taste to start but was followed swiftly with a great after taste. The dim sum was delicious but what else would you expect from a Chinese restaurant of this calibre?

What We Drank: There’s something about a windowless bar that makes it easier than it should be to unrelentingly down alcohol, thanks to my investigative journalism I can safely recommend the Rouge Intime (Konik’s Tail Vodka, rhubarb liqueur, raspberry cordial, lavender-infused acacia honey and lime). 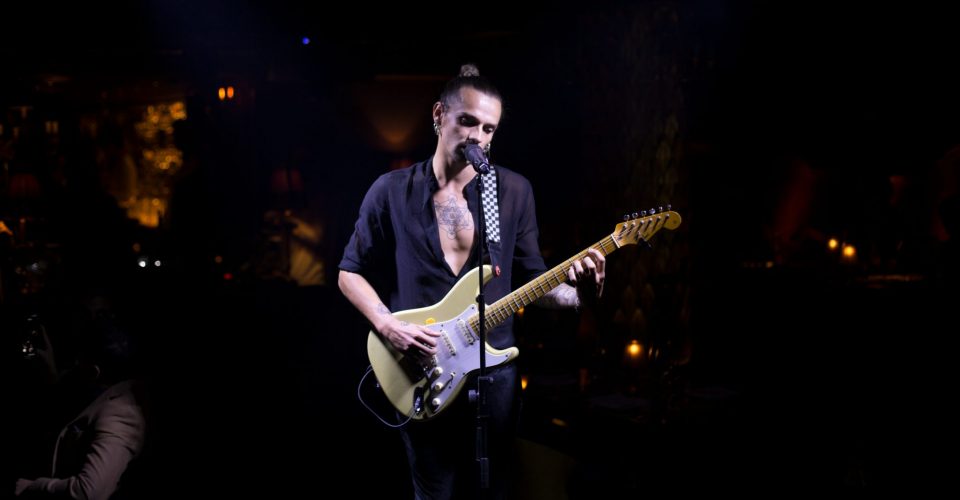 Go With: If you don’t take a date to seduce then this opportunity is wasted on you. Park Chinois is as sexy as an inanimate building can be, it exudes seduction and the cabaret performers add to it 10-fold with their serenades, nipple tassels and hip gyrations; pregnancy tests should be handed out when you leave.

Final Word: Park Chinois is the type of place I would love to drop in as and when I felt inclined to do so but Santander is a little bit more restrictive with where I’m allowed to eat out. What Park Chinois offers is not only decadence but the whole experience which is where the price tags come from; my whole time there was a total pleasure and I was chagrined to drag myself away at the end of the night.

Like This? Try These: 10 of London’s Best Dim Sum Restaurants