The other day finding ourselves on the hunt for supper in the Commercial Street area we decided not to be lured into the curry houses with promises of more than we could eat and drink for a mere fiver (not a good look on a Tuesday) and instead we wandered up Hanbury Street to Jago.

Jago is the work of Louis Solley (former head chef at Ottolenghi), Hugo Thurston and Vinny Burke and is said to be bringing a taste of the Ashkenazi Jewish cuisine back to London with Middle Eastern and Mediterranean influences. Of course East London still has strong ties with the Jewish community, if nothing else than in the beigel shops that still have queues going out of the door, but the restaurant finds itself a lone wolf amongst the numerous curry houses that surround it. 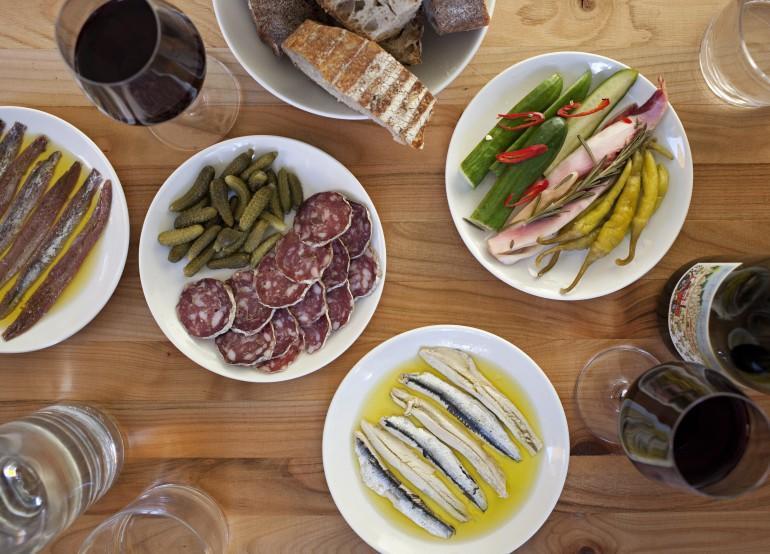 The first thing I thought about Jago is that it’s rather like sitting in a London eye capsule, mixed with one of those American chrome trailers you see on film sets. It juts out onto the street, an orange beacon in a graffitied warren,  the work of award-winning Spanish architecture practice Selgas Cano, it’s curved in its structure but decked out in concrete, metal and wood bringing hard and streamline together. It’s attached to Second Home a workspace for tech companies,  I have to admit it’s a slightly odd sensation to be eating whilst watching people working and I found it hard to relax at first.

Any thoughts of awkwardness were lost though when we spoke with the charming Louis  who asked us what we like, talked to us about the different flavours and then headed back into the kitchen to cook them for us – how often can you say that happens? Exactly.

Cantabrian anchovies shouldn’t be missed, slithers of perfectly salted fish, eat them with plenty of sourdough bread. A plate covered in fennel salami was simple but full of flavour. Radishes seem to be having their moment of fame at the minute, they’re cropping up all over place, I recently attended one event where radishes were the only thing to be served for the first hour… Served with an anchovy sauce you can eat as many as you want, I think I perhaps went overboard, but given that they have a whole plethora of health benefits who’s the real winner now? 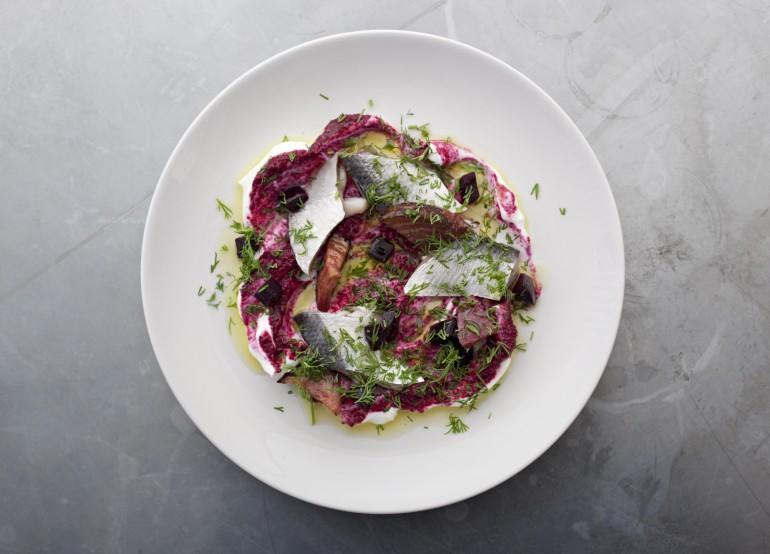 Next up were grilled sardines served with lemon and sliced Jersey Royals, I love sardines, I love fried potatoes, what I don’t love? A mouthful of bones and that’s nothing against the cooking, I just don’t think it’s worth eating whole sardines when your gum is getting tortured by little pin pricks every time.  Also trying to dislodge bones is not a good a look on a date.  Lamb cutlets were served on top of a creamy pea and broad bean base with marjoram and lemon, we both lamented at how when we try and serve lamb cutlets they never taste quite as good.

There’s a succinct pudding menu and the chocolate tart was calling. It was intense but was softened with crème fraiche and spiked with sea salt and my friend could not get enough of it. A gooseberry frangipane and macadamia tart was served with clotted cream, as a tart it was delicious but the gooseberry flavour seemed to be lost.

Jago wins in its service, the team are more than happy to talk through everything, you can tell they really do care about their work and that shows. It’s simple but get simple right and what more do you need?