Close Search & Discover
I’m trying to grow my own veggies where possible to do my bit for sustainable living; easy ones like tomatoes, mini cucumbers, leafy greens that don’t require too much water and knowhow though. Why? Well, enjoyment aside, it’s undeniable that sustainable living has taken hold of our social consciences in a firm way, with #vegan to #plasticfreejuly to #zerowaste trending across social media.
Also venturing far into the sustainable side is The Whyte & Brown supper club, which aims to focus on what is typically thrown out as waste ingredients from their kitchen to inspire a menu based around their famous chicken.  It’s a fantastic way to be inspired to use all the different parts of something, like a chicken for example, to create several different dishes rather than buy a single pre-filleted breast for your dinner, which comes wrapped in plastic.  An alternative? Get a whole bird from the butcher and save money by cooking intelligently using up every bit for something new and exciting. 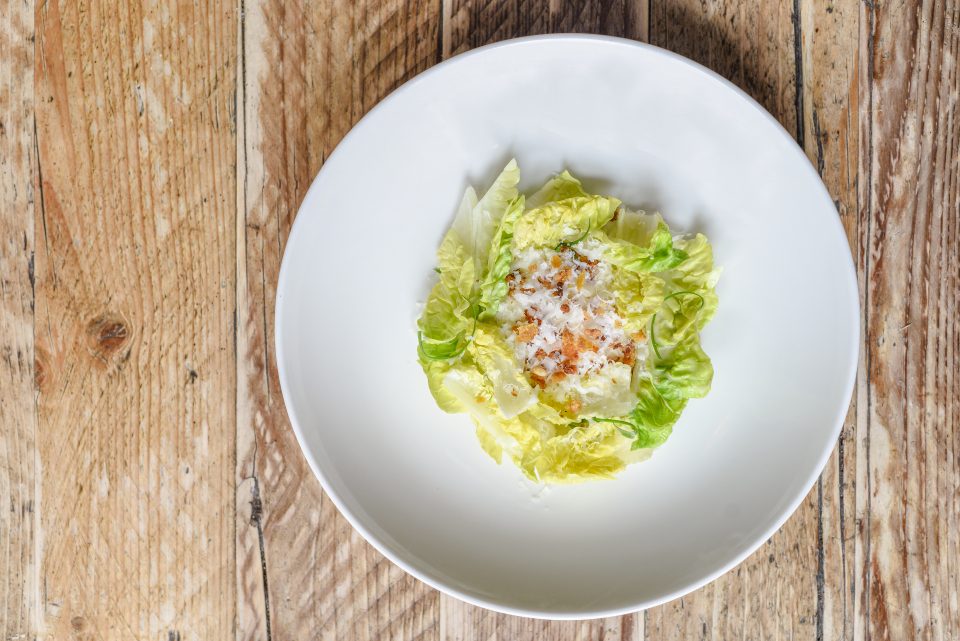 At Whyte & Brown, the capacity is quite large as they have a couple different sittings. You could go as a group as large as 8 or 10 if you book enough in advance.  The evening gets started in a marvellous way; you’re welcomed with a chilled iced tea made with the stems and citrus carcasses from the daily operation, so it’s refreshing in terms of flavour and temperature- perfect for this summer heatwave.
A lovely touch is that the two chefs come out to tell you about the concept and the dishes. You can tell there’s a bit more thought that’s gone into these dinners than your average menu and the restaurant is packed with atmosphere and a jolly one at that!  There’s a southern American influence as one of the two chefs is from the US, specifically the south where fried chicken reigns as king.  The two minds behind this evening are Richard Falk from LINO, and before that The Dairy and The Ledbury who won the YBF award in 2016, and Michael Notmann Watt previously at 64 Degrees in Brighton.
The first course is brioche rolls, made with the fats reserved from cooking the chicken skins at W&B.  Essentially, fried chicken skin flavoured bread? Yes please! This is served with seared and chopped chicken livers, which is an often under-utilised byproduct of a chicken.  They’re so rich and tasty, and as they’ve been chopped then fried you get this subtle texture on the corners contrasting with the soft overall velvet feel. 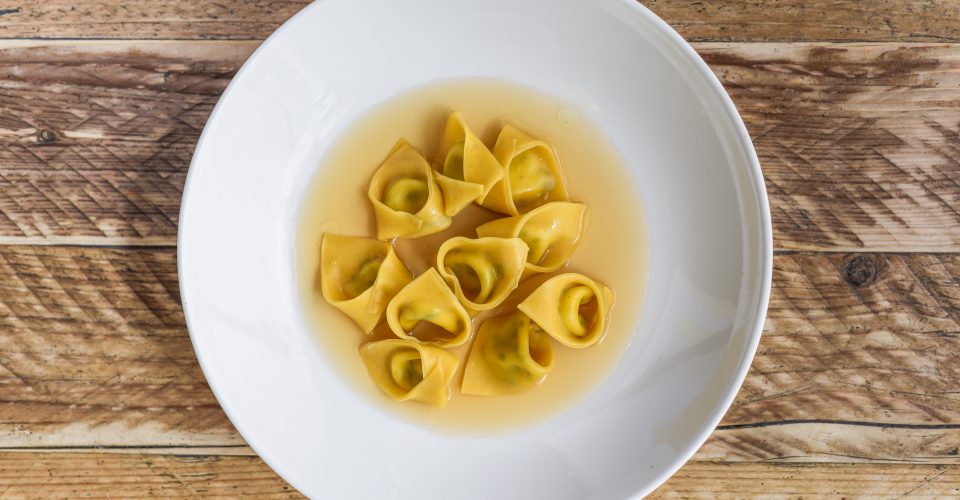 To follow gem hearts were on the menu, which are the inside leaves of the lettuce that are surplus to W&B because their size doesn’t fit very well with the chicken burgers.  They’re perfect and crunchy for a small salad placed on top of a homemade cream made of the parmesan rind and this is topped with crisp potato skins and chive tops, so simple fresh and something I left planning to try and make myself.
The best dish of the night had to be the ricotta and herb cappelletti which is made from leftover milk from the coffee stations, served with chicken consommé from the carcasses. I tried not to eat all of the pasta as I remembered this was the halfway point, however all dishes were almost licked clean as the warm broth was so delicious! 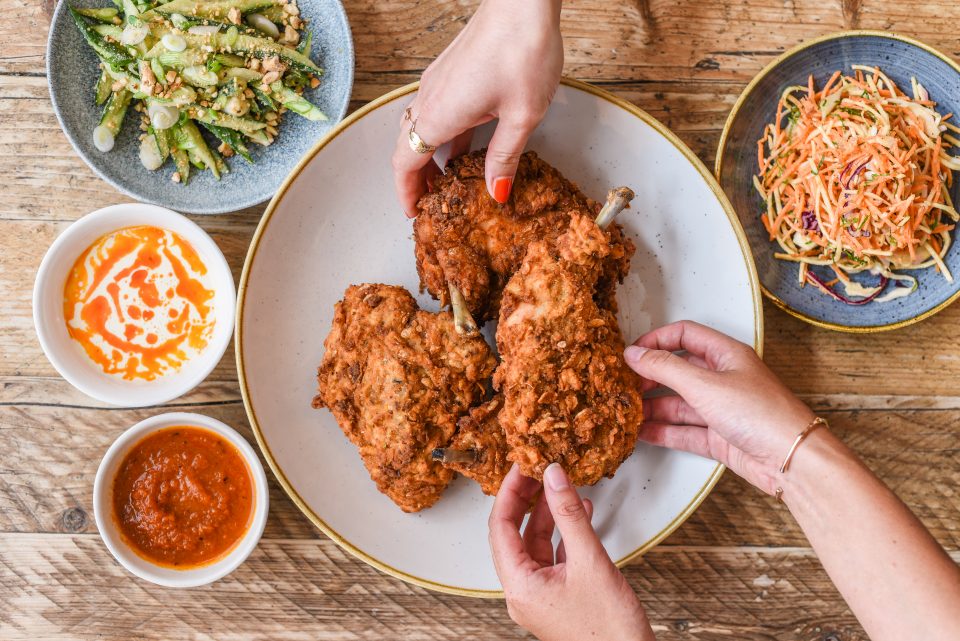 What they describe as the main course (despite having had three dishes already) is a gloriously golden whole crispy fried chicken, think KFC but wholesome and carefully done without a hint of unpleasant oozing grease and the perfect flavour punch.  It’s served with a sweet tomato relish, blue cheese sauce and a slaw. Finally, we indulged in a a summer fruit jelly made using second grade fruits from Natoora set over a vanilla baked yoghurt. This finished the banquet off in a delightfully sweet, with a hint of bitter fruit, way. 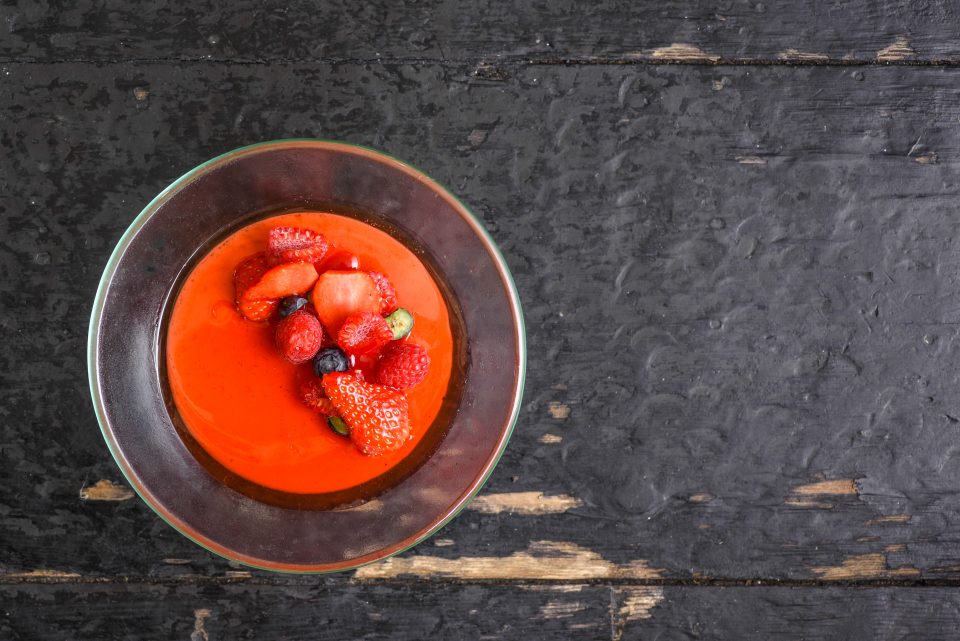 A lovely touch is that The Humble Chicken Supper Club is in partnership with CALM, the charity initiative to raise awareness of and help with male suicide.  I’ll be going back for any other similar initiatives here and if you didn’t get a chance to go to the supper club evenings have no fear as these dishes will be appearing on the Whyte & Brown menu- must have more bone consommé pasta!
The Whyte & Brown Supperclub can be found at Whyte & Brown, Kingly Court, W1B 5PW, www.whyteandbrown.com