What: Afternoon delight with unlimited Veuve Clicquot
Where: 10 Lancashire Court
Why you should go there: To complete your life
Favourite thing we ate: Macaroons 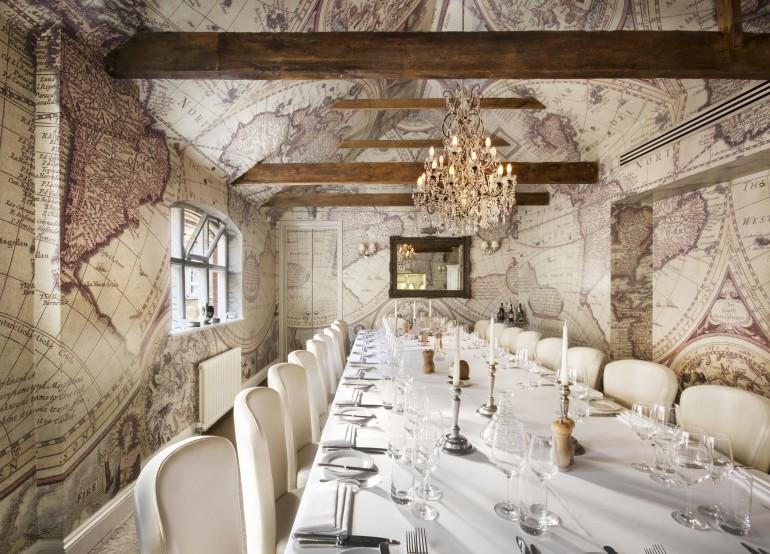 It was my fault – I should’ve delved deeper than Google Maps, which told me the location of the restaurant was 10 Bond Street, it turns out it is 10 Lancashire court. Finding it was a testing experience to be compared to the likes of the Duke of Edinburgh’s award. Can I put this on my C.V? After half an hour of running around, stressed and sweaty – I had finally found my destination.

Mews of Mayfair. It just rolls off the tongue, doesn’t it?

I was swiftly greeted by the head host and presented with a glass of Veuve Clicquot which hit the spot in the only way Veuve Clicquot can on a Monday afternoon. The smell of relaxation broke up with he bubbles that fizzled on top of the flute glass. And just like – that my stress disappeared.

Next, in clear pots, came the fresh mint and jasmine tea which made my eyes light up like when I see something sparkly. OoooOo my pretty. I felt like Smeagol from Lord of the Rings. This was the most aesthetically pleasing tea I’d ever come across.

Everyday since when I’ve had a cup of fresh mint tea I’ve felt hollow. Like a part of me is missing. Now I know what it is. It’s the champagne. Life just hasn’t been the same since. 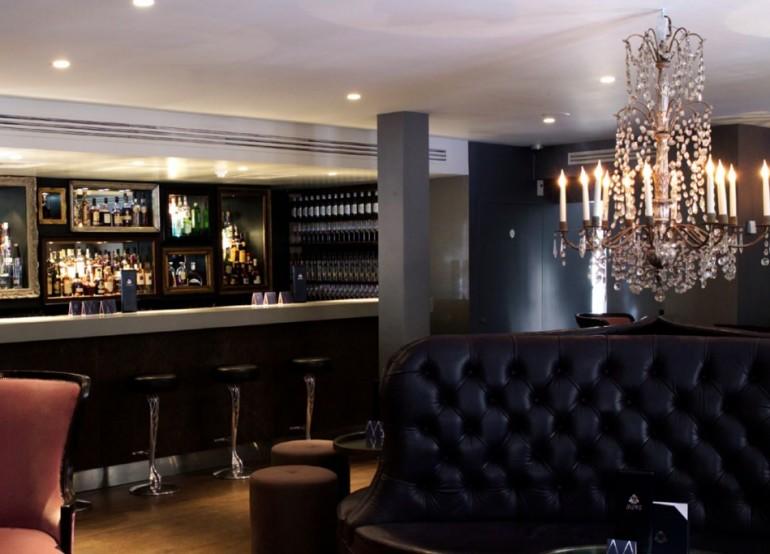 The scones were beau-ti-ful. So much so that I’d been driven to Marks and Spencer, on one dull Tuesday afternoon, to recreate the beauty of it. The best I came across was a strawberries and cream yogurt. It just wasn’t the same. I like to refer to this scone as The Scone Of My Life.

I approached the macaroons with caution as I’m not usually a fan but I can honestly say these were delicious. The crunch of the outer case was perfect and the flavour expanded the length and breadth of my tongue as I sucked the raspberry food colouring out of my teeth. I nearly wanted to leave a bit there (like Violet from Charlie and the Chocolate Factory) for later but that’s kind of disgusting so I didn’t.

None of us like to admit it but lets face it, sometimes talking can be a strenuous process. Some people have that natural ability to turn small talk into something thats no longer small talk. The head host here had this rare ability and we were more than happy to make conversation with him. We never had to ask for anything twice and our champagne glasses seemed to magically re-fill themselves. Was my name Alice? And was I in Wonderland? 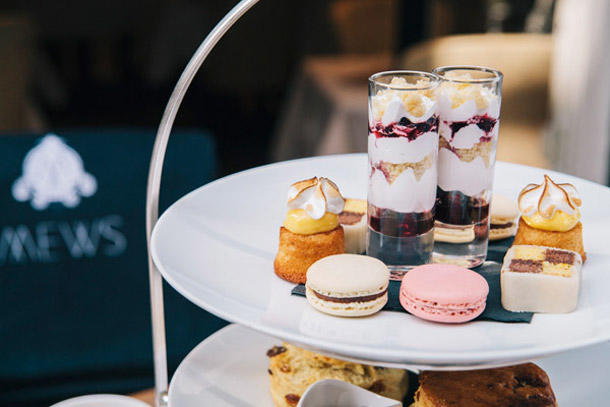 I came out skipping into the afternoon sunlight high on bubbles and cream; happy, contented and warm from the sunshine, with my bubblegum pink skirt trailing behind me. I waved a friendly goodbye to my new found friend – Mews of Mayfair.