Following on from being Chef Director at The Strand Dining Rooms, Mark Sargeant has recently opened his first central restaurant, Morden & Lea on Wardour Street and so of course The Handbook had to go and check it out.

Split across two levels, the restaurant caters for those looking for a more formal evening and those like us who just wanted to snack on a little (or in our case, a lot) after an evening of drinks.

The downstairs restaurant is kept simple, dark blue leather banquettes, small tables and calm, light grey walls adorned with an eclectic mix of photos, paintings and maps – a nod to the cartographers Morden and Lea who lend their names to the establishment, it’s rather like a room in a grand townhouse. Head towards the back to the kitchen and there are larger more industrial steel tables, high bar stools and minimalistic chandeliers. 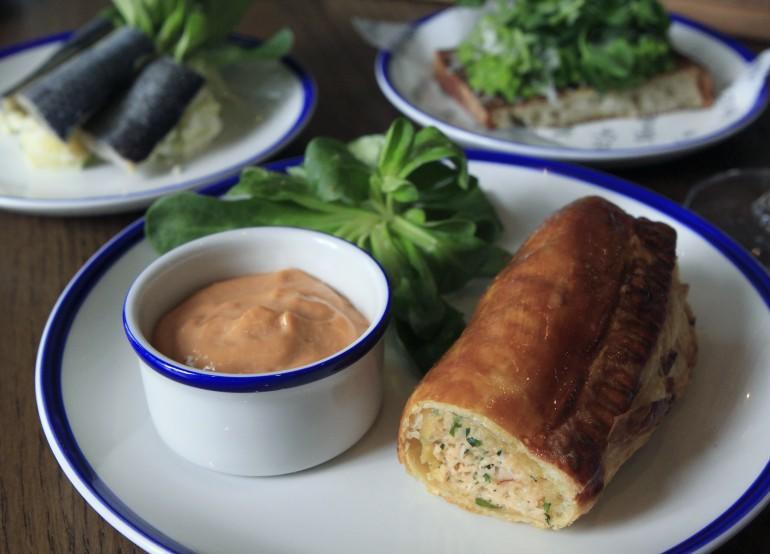 Settling downstairs we were immediately greeted with glasses of crisp Prosecco – so far, so good – and given the menus. The succinct menu is split into tartines and small plates with dishes ranging from £2.50 to £8.50 and includes the likes of ox tongue with salsa verde and Lyonnaise onion, olive and anchovy. We started with soused herring with potato and cream, which was effectively two slithers of herring on top of potato salad and anchovies with mozzarella, both unfortunately were disappointing. They lacked any flavour and were sadly bland, even the anchovies didn’t have their usual punch to them. And without that salty kick, they were just rather sad.

However we set them to one side and moved on to the tartines, which proved to be the real winners. One was piled high with roast onion, garlic and lardo and the other was goat’s curd and coriander pesto –  it was heavenly if you order one thing then make sure it’s that, we would choose it over the crab sausage roll which apparently is their best seller. 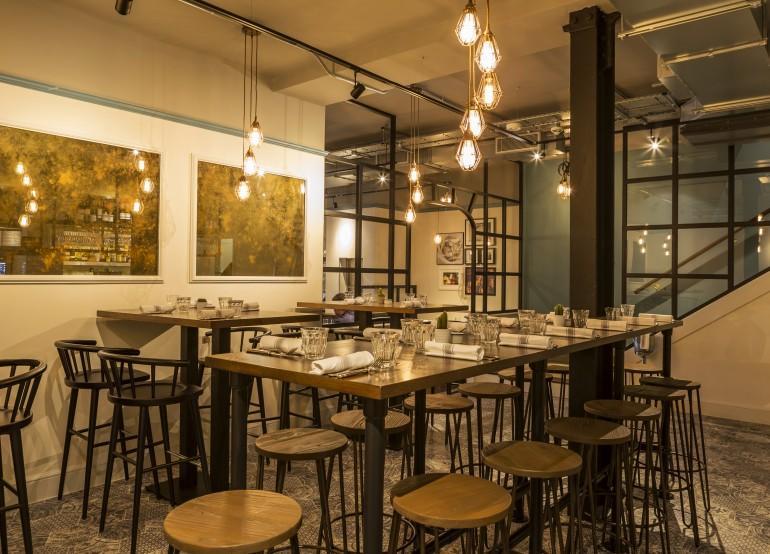 A charcuterie board featured a good selection of different cured meats although a little dipping oil wouldn’t have gone amiss for the bread – there was coleslaw but it was rather dry.

We ordered pudding from the upstairs restaurant menu and any doubts we had had about the small plates were forgotten when they arrived. Gypsy Tart was sweet, light with a rich biscuit, caramel flavour whilst a pistachio, lemon and blueberry tart was deliciously fragrant.  They were exceptional, if I could have had my way I would have started with these.

Of course upstairs is a whole other matter and I feel like until we’ve been there we can’t say one way or the other for Morden & Lea but for now, I would say fill up on tartines and pudding and you can’t go wrong.