With an enviable position in Knightsbridge and claims that they are the ‘best fish restaurant in London’ we had high hopes for One-O-One. And despite an excellent starter and pudding what happened for the next couple of hours however, left us questioning such claims.

Part of the The Park Tower Knightsbridge, a Luxury Collection Hotel, the restaurant felt neither part of the hotel nor its own restaurant; we arrived to an empty reception, after a while a waiter saw us standing there and showed us through to the restaurant, but it felt as if we had put them out. Inside the oval shaped, wooden-panelled restaurant, the atmosphere was rather stifled, with just the elevator-esque music providing any noise, despite a few tables being full. Of course One –O-One can’t force their guests to talk but it almost made us nervous to talk in more than hushed tones. 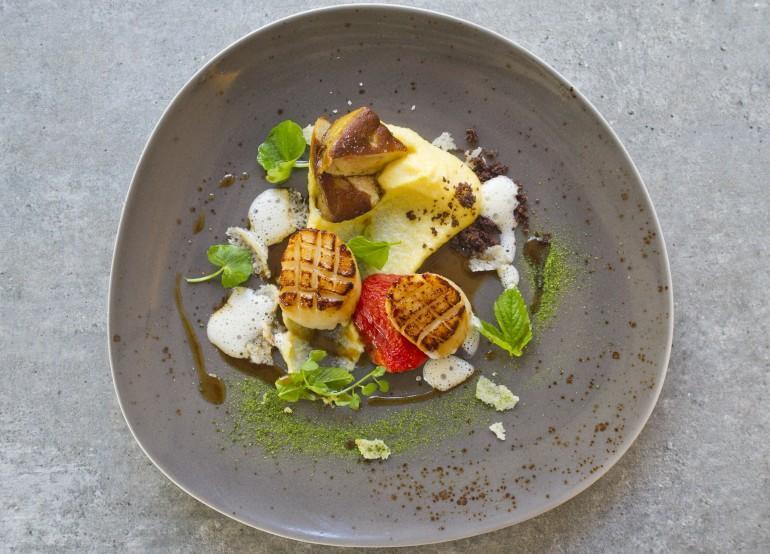 It really is true that good service can make up for drab food and that lack lustre service can bring down good food and whilst the service was far from bad, there were elements that didn’t seem quite right. Everyone knows that awkward moment when you go to your friend’s house, they ask you what you want to drink and you say you’ll have  a white wine, but oh no they don’t have any, fine you’ll take something else – ‘what ?’ they say, ‘how am I  meant to know unless you tell me what you have?’  you think. Perhaps this is just a personal pet hate of mine, but that’s how it felt at One-O-One, we were asked what we wanted to drink without being given a menu and when we did ask, they just recited a few out as if it was obvious. Later our glasses were empty for quite a while before we were asked if we wanted another and even then it a further ten minutes before I got my second glass, (perhaps this could be because they were understaffed) despite them refilling my friend’s right away.  So perhaps I’m being pedantic and no of course I won’t fade away if I have to wait for my wine, but when mains are around £20-£40 you expect a little more. 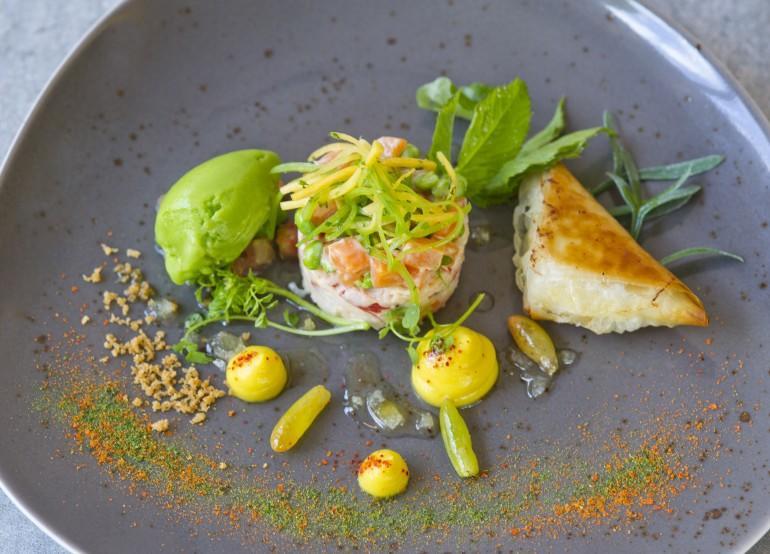 And it’s a shame because it jarred with the food which in parts was really excellent.  The menu overseen by the award-winning chef Pascal Proyart includes classic seafood dishes as well as oysters, tartar and then non-seafood dishes, although if you’re going to go to a renowned fish restaurant you might as well have fish. After some rather measly bread we started with scallops served with duck foie gras, wild mushrooms, spinach, vermouth and jus gras and it was delicious. Big, plump scallops just the way they should be, woody wild mushrooms and rich foie gras. I opted for a lighter crab salad, beautifully presented (in fact all the food was) with a summery, refreshing apple and celeriac sorbet.

Next up was  cod with prawns, Paimpol coco beans cassoulet, truffle and parsley béarnaise which was highly recommended by my friend. My Dover sole which would have set me back £42 was a little disappointing, a spoonful of spinach accompanied and the oyster béarnaise whilst delicious lacked the oysters which was rather key. ‘Never mind I ordered chips to go with it,’ I thought. Yet the chips that arrived in a mini metal frying basket looked as if they were the last dregs of the fryer. 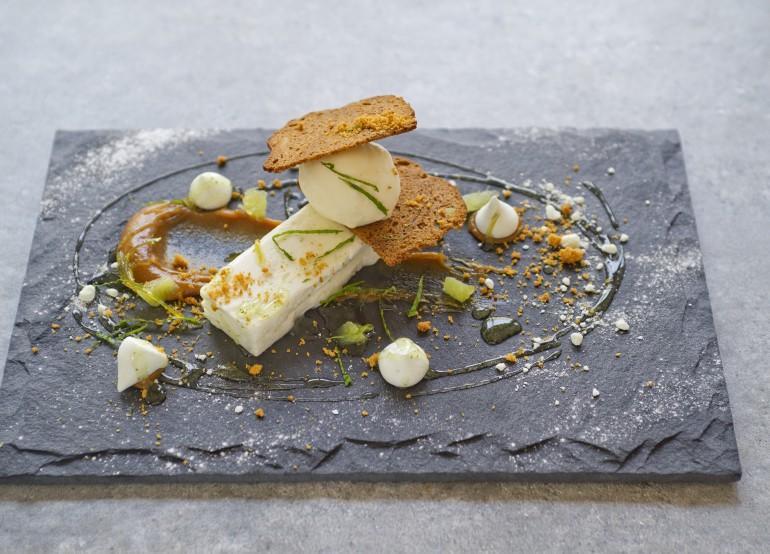 We finished with a pineapple, rum baba, with coconut Chantilly and a pina colada sorbet which was perfect and on recommendation; a  lime parfait that came with ginger ice cream, salted caramel, spiced bread and meringue that my friend said was the best pudding he had had in a while.

I really wanted One-O-One to live up to everything it says it is, but it needs a bit of life injected into the service, decor and atmosphere until it can match the food. Oh and maybe some oysters in the béarnaise.