New? It opened in April 2016 making it the 6th venue for Patara, the first of which opened in London over 25 years ago.

On the menu: All of the chefs have been trained in Thailand so you can expect authentic Thai classics such spiced fish cakes and prawn tom yum. Some of the dishes have been tweaked slightly to appeal to a sophisticated European palette so you can also get prawn-pork dumplings with salmon roe and caviar and handcrafted lilac dumplings with caramelised chicken and peanut.

First Impressions: I was greeted by the tantalising smell of coconut that had me peering over other tables to try and locate the delicious source as we were being led to our table; off to a good start I thought. It was relatively quiet when we arrived but it filled quickly and people were queuing to get in by the time we left/waddled out. Patara had the perfect mix of smart and casual, where you felt like you needed to make a bit of effort to dine in but not go all out. 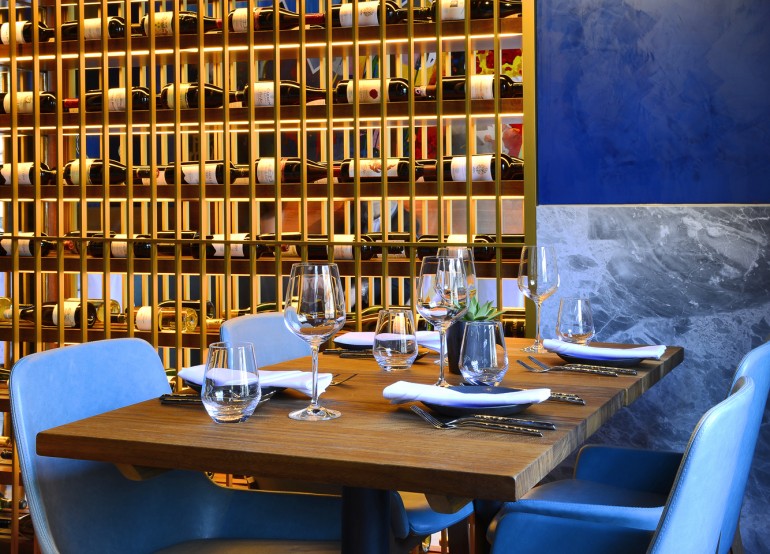 The Look: The 110-cover restaurant is split between two floors and each floor has several separate dining areas, ours had a tilted wall of mirrors doubling its size that was also perfect for having a peek of what was happening without nosing around. There were nods to Thailand to be found throughout the venue with subtle references to Thai culture and history through the use of raw materials, stone carvings and decorative motifs.

What We Ate: The chilli and sea salt calamari looked attractive on the wooden board it came on, decorated with garlic, fresh red chilli and cracked black pepper; a little wooden spoon already piled with sea salt allowed you to sprinkle it over the calamari as you desire – a nice touch. 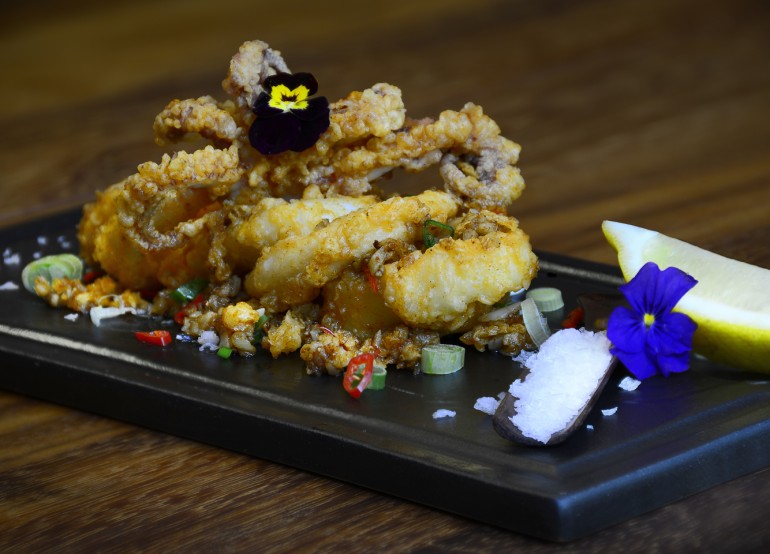 The panang tofu comprised of a healthy portion of seared tofu steaks served with a mild red curry sauce and kaffir lime leaf. Tofu is famously quite bland so it was the sauce that made the dish and I found myself using that plate as my main dining dish so I could get every last morsel of it, using the rice to soak it up. It had enough of a kick to slightly warm the lips without burning away your tastebuds leaving you unable to savour the variety of flavours. A light batter on the tofu would have taken that dish to a ten out of ten. The tamarind duck confit was a highly popular dish according to the waitress so we decided to see what the fuss was about. Another elegantly presented dish, it flooded the table with mouth-watering smells due to the ginger-tamarind sauce and fell apart with no resistance under my knife and fork. Even non-exciting dishes like the vegetable spring rolls and egg fried rice (which could have been eaten happily on its own) were full of flavour and had me wondering where the dud dish was going to come from. 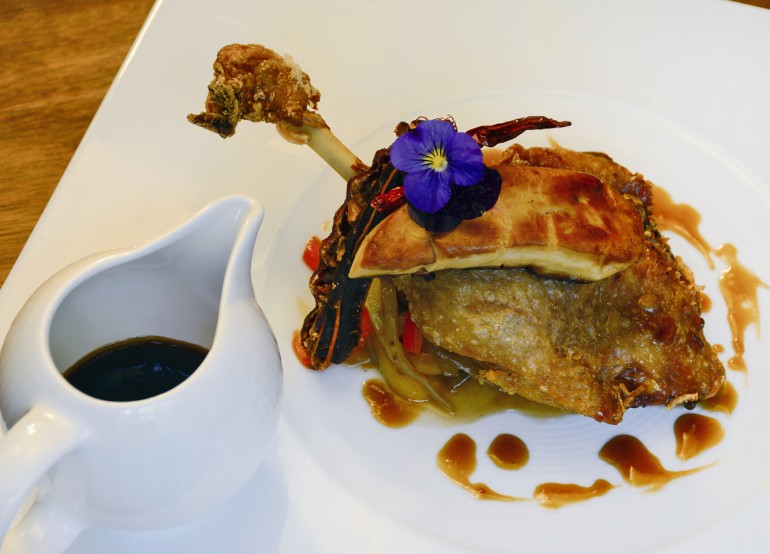 The dark chocolate fondant was nice enough but was easily outshone by the scoop of salted caramel ice cream it came with – creamy heaven on a spoon. If you want a more traditional Thai dessert I recommend the bua loi puak which is taro and pumpkin dumplings (akin to gooey marshmallows in texture) in an addictive warm coconut cream.

What We Drank: They have a selection of drinks on offer like wines, beers, spirits etc; Singha beer was a popular option as I overheard other tables ordering it as well as us. There were a few cocktails on the menu too, of which I am never one to turn away from, so I opted for a lychee martini – equal parts sweet and alcoholic without leaning on the sugary side. It felt like the ideal drink to go along with the meal so I could get my cocktail fix whilst still in-keeping with Thai tastes. 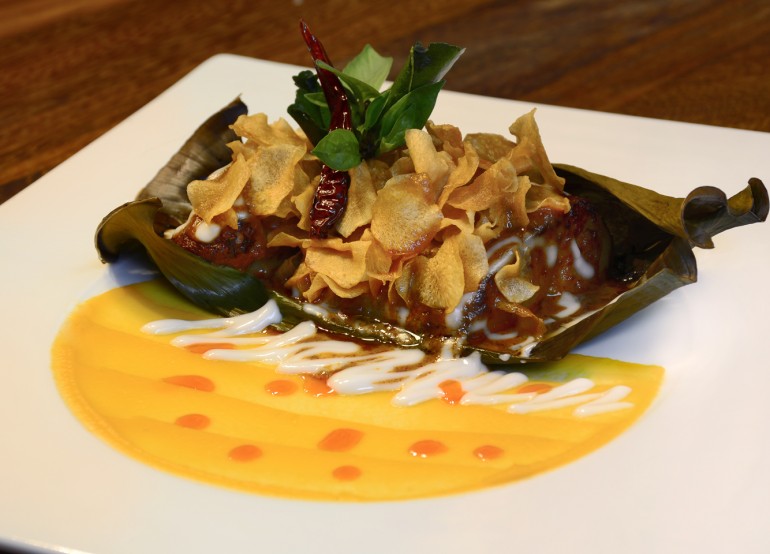 Go With: Anyone that you like. If you know someone that is wary of Thai food then bring them here and turn them into a fan. Looking around I saw everyone from tourists to couples on dates to large groups plus several Thais dining in which is a great compliment to Patara.

Final Word: I had no expectations of Patara although I had heard good things about their Fitzrovia venue and left totally impressed. It’s not often that I feel excited about a restaurant but Patara has definitely rekindled my love for Thailand, and even had me browsing back through old travelling pictures ruing the fact that they didn’t have Patara on every corner.