New? The Southbank venue reopened on 28th September after a big refurbishment. There are 9 Ping Pong venues all over London including Soho, Covent Garden and Wembley. 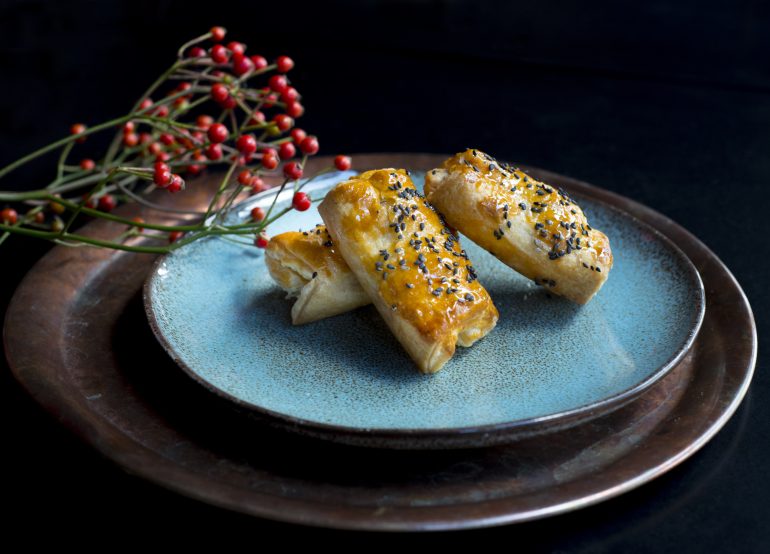 First Impressions: The Christmas market has just opened on Southbank so the area was busier than usual, mostly with tourists, meaning the restaurant was also busy; buzzing with activity and chatter. During our meal, hungry diners are about 10 people deep queuing for a table – we came just in time.

The Look: Although the walls are glass and the venue is filled with natural light, the décor itself is dark with glossy black walls and flooring. Large Chinese lanterns, oriental fans and touches of red give a nod to the cuisine origin. An open kitchen looks busy at the rear of the venue as the dishes are constantly being churned out. 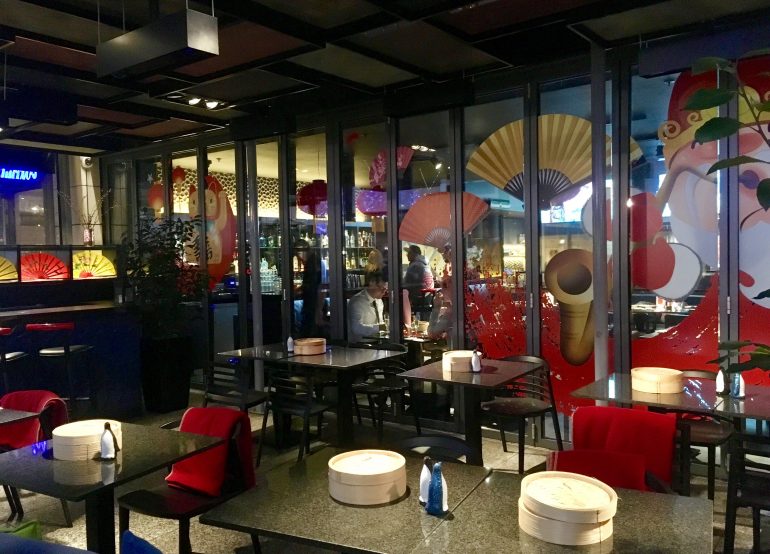 What We Ate: The roast venison puff with garlic, ginger, fermented red tofu and crushed yellow bean sauce was a decent size; it had a great buttery pastry with a sweet glazing that made it particularly moreish. The Brussels sprout spring rolls were overpowered by the porcini mushrooms inside and I struggled to locate the Brussels sprouts, I would say the originals on the menu trump these. The lobster and prawn dumpling was the winner, joined by shiitake mushrooms with ginger, coriander and buttered shallots. They arrived wrapped in a beetroot wheat starch pastry making them a sight for sore eyes with their bright red colouring. The hazelnut finger cake comprising of creamy milk chocolate and soft hazelnut praline layered between barley flour sponge felt as though it was missing an ingredient – like cream – to soften it out but it had good flavours. 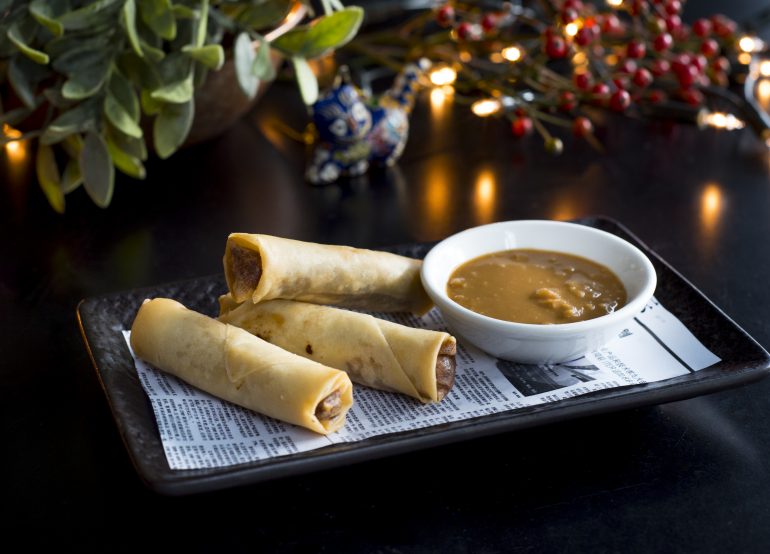 What We Drank: Ping Pong has given a touch of Chinese magic to the classic hot buttered rum to create the Hunters Tea cocktail with Jagermeister, tatra tea, lychee noir black tea, fresh apple juice and a hint of butter heated gently with lemon zest and cinnamon. Don’t be put off by the addition of Jagermeister as it just gave it a subtle kick and I found it no more alcoholic than most hot buttered rums.

Go With: This is not the place to take your foodie friends but Ping Pong is great at what it does so fans of the restaurant like me will enjoy trying their new dishes.

Final Word: The Kitschmas Menu is available at all Ping Pong restaurants until 31st December.

Like this? Try these: Baozi Inn, Mr Bao and Buddha Bar