New? Ping Pong, Soho opened in May 2005 but there are venues all over the UK with other restaurants in London including Southbank, Shepherd’s Bush and Stratford.

On the Menu: The regular menu features a selection of Asian classics like dim sum and rice dishes, expect to see spring rolls, beef gyoza, a wide selection of dumplings as well as soups and salads. In addition to their normal menu, Ping Pong has added 5 special summer dishes plus cocktails, available for a limited time only.

First Impressions: It was a hot day so most people were dining outside, spilling onto the street whereas we took advantage of the air-con and got a place inside where it was a bit emptier. The table we were seated on felt a little bit as though it has been placed there as an after-thought, squashed into in the corner. 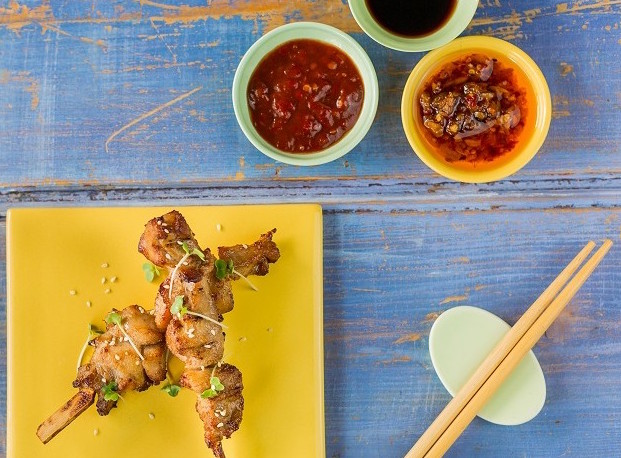 The Look: Ping Pong have a formula that works well, sleek, simple furnishings in dark tones. Large circular tables, filled the room, matching the circular architecture – think of it as Art Deco meeting the Far East. At one end sits a large crescent shaped bar sits at one end, if you can get a seat here, it’s the best place to watch the chefs at work creating the dim sum parcels – be warned though, seeing them at work will make you want to order most of the menu.

What We Ate: The honey-soy chicken skewer was accurately described as ‘perfectly tender chicken’, served with a smoky honey sauce, my only gripe was that there was only one skewer in a portion. On the other side of the spectrum the kalamansi spiced pork belly skewer marinated with ginger, star anise, cinnamon and cardamom, was quite dry and I’d suggest swerving this dish. You can’t go wrong with the BBQ asparagus that was simply dressed in a light Chinese BBQ sauce that was more like soya sauce than American BBQ sauce. The smoked lap cheong dumpling with Chinese sausage, lap cheong, mange tout, sriracha sauce and sundried tomatoes was moreish and is evident of Ping Pong’s dim sum skills. 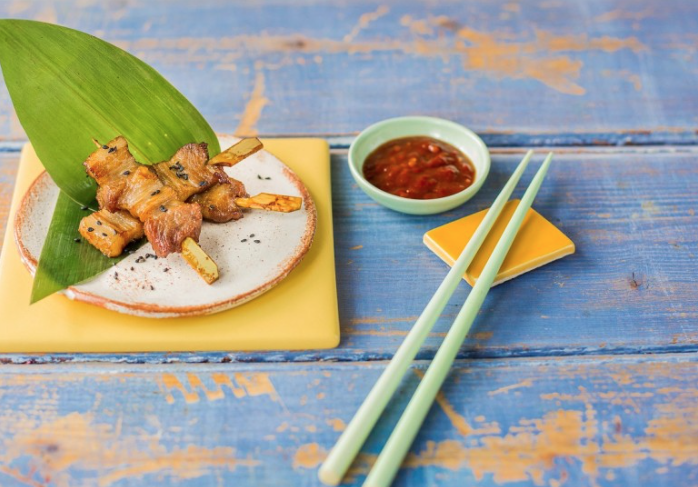 What We Drank: There were a few new seasonal cocktails on offer but we went with Hoppy Dark and Stormy; a fabulous summer cocktail with a kick, a mix of Jamaica’s Appleton Estate v/x rum and Chinese Tsingtao beer with fresh ginger – just what you want on a hot summer’s day.

Go With: A group so you can order a selection of small plates to share and get a taste of everything.

Final Word: Ping Pong is a casual eatery where you get what you pay for and while none of the food was particularly impressive there were certainly some mouth-watering dishes. I think several of the summer menu additions would fit in well with the normal menu and I will be sad to see them go especially the chicken skewer. A few of the classic menu items slightly out-shadowed the new dishes, namely the crispy prawn ball which had a tantalising crunch and the potato and edamame cakes which felt like Ping Pong’s version of comfort food, but this could be part of the reason that the restaurant chain is so popular.

Like this? Try These: Kurobuta, Mr Bao and Buddha Bar