What: Arthur Hooper’s is a European restaurant in London Bridge that takes the hustle and bustle and history of Borough Market and brings it cleanly into the 21st century. No wandering through the stalls and queuing in the cold, Arthur Hooper’s will have you seated in comfortable black leather seats and feasting on deliciously put together dishes.

New? While Arthur Hooper’s opened in May last year, its namesake, fruit salesman Arthur Hooper, has a slightly richer history as he occupied 8 Stoney Street back in the days when Queen Victoria ruled.

On the menu: You need to request the vegan menu which has dishes like crispy artichokes, courgettes and brussel tops with vegan chilli aioli, Paccheri with tomato sauce, seasonal green vegetables, sundried tomato and walnuts, and a baby spinach, radicchio and blood orange salad. 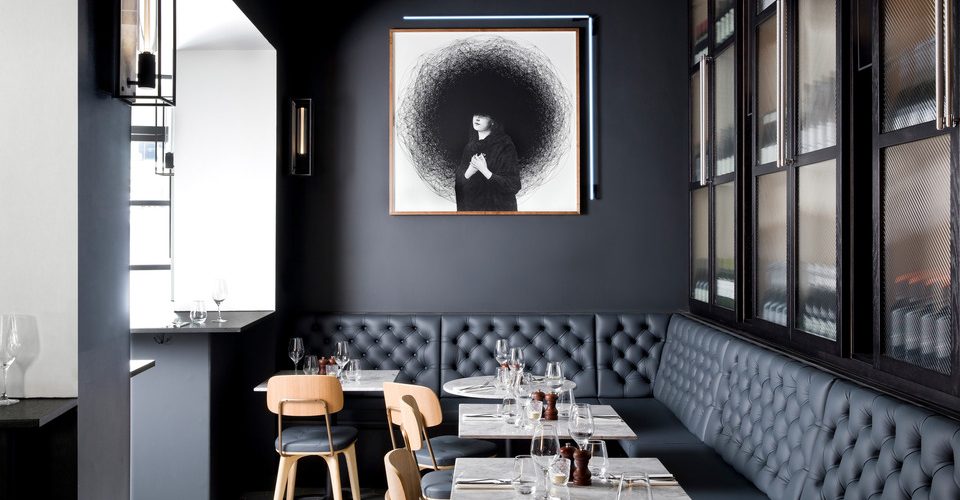 The Look: Although the space is fairly small the place was buzzing with people and any spare seats were quickly snapped up by the steady influx of enquiring customers. The interior was designed by Massimo Minale, architect and creative director of Buster + Punch, who drew inspiration from historic city markets, Victorian steel structures, cobbled pavements and decaying wooden stalls. A wall of frosted cabinets containing wine bottles takes up one side of the restaurant, those with a keen eye will notice the selection of interesting and varied art dotted around.

What We Ate: Not much of a salad girl I really enjoyed the samphire and almond salad; the samphire brought a natural saltiness while the almonds provided the great texture. The important texture component carried on with harissa butter beans with charred tender stem broccoli and nigella seeds, a simple dish but the garlicky broccoli was moreish. I really loved my main of roasted onion squash with lentils, turnip tops, roasted peppers, and salsa verde; it was seasoned really well and had bursts of lemon. For sides the Friggitelli peppers with sea salt were nice but didn’t have much flavour to them, while the seasonal market greens with chilli and capers did have a flavour to it but not a particularly nice one. 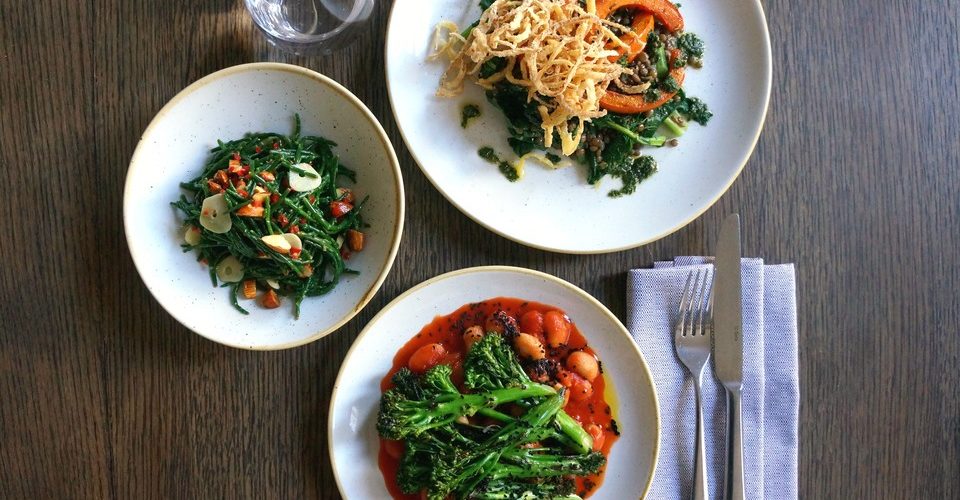 What We Drank: With the wine bottles displayed in the frosted cabinets it seemed they were giving us a sign to try their wines, luckily, they have vegan options like Akarua Rose Brut and Charles Heidsieck Brut Réserve.

Go With: Those of you working in the London Bridge area have got to try this little gem, although by the looks of the number of suits I saw when dining it appears that some of you already have. While Borough Market has an abundance of food options by day, by night it all closes and options dwindle which is where Arthur Hooper’s steps in.

Final Word: I was pleasantly surprised with Arthur Hooper’s, I had no expectations going in but I left feeling impressed, and full. I enjoyed the gentle hum of activity that never bubbled over into that annoying boisterous atmosphere where you can’t hear each other speak plus the food was delicious. Arthur Hooper’s is a wonderful mix of being ideal to take a date if you want to impress and relaxed enough to go with friends.