What: Cirque du Soleil is back at Royal Albert Hall with OVO so showing some community spirit they have partnered with nearby neighbours, Royal Garden Hotel, for a collaboration which includes a themed afternoon tea.

New? The tea launched 7th January and will be available until 4th March, make a meal out of it with Royal Garden Hotel’s OVO package where you get tickets to Cirque du Soleil with an overnight stay, afternoon tea and breakfast.

On the menu: The theme for Cirque du Soleil’s new show is the enigma of insects and the cycles of their lives; a mysterious egg appears and critter chaos ensues, so don’t bug out when you see them atop your afternoon tea. Everything is edible including sugar crafted dragonflies and glittering acrobats.

What We Ate: The sandwiches were covered in cress which was annoying and had to be laboriously removed to get rid of every little strand. The scones were unusual as they were like little bread rolls rather than scones and came served with clotted cream, strawberry jam and a zingy passionfruit conserve. There was a course of fruit bread which felt a little unnecessary as afternoon teas tend to be filling anyway and they didn’t add much to the experience. As with any afternoon tea the pastries were the most exciting element with options like a salted caramel popcorn dome, mango and raspberry opera and a vanilla cheesecake. I’ve never had a spicy macaroon and I don’t think I’d like to again, the pineapple and chilli macaroon looked cute as a little lady bird but she had a little kick to her which wasn’t to my taste. I really enjoyed the profiterole and the blondie would be my favourite with a slick of caramel sauce. 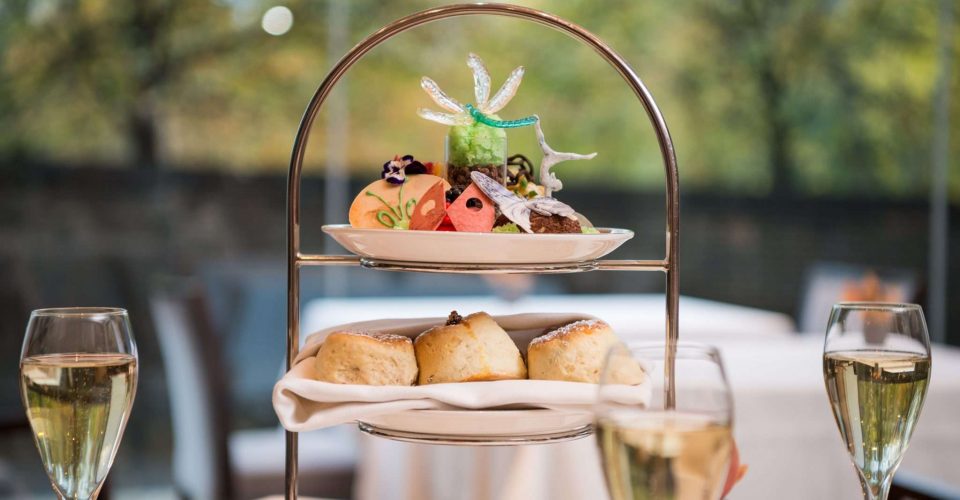 What We Drank: There is a great selection of teas available to accompany the afternoon tea from English breakfast tea to more exotic flavours.

Go With: Being in Kensington we were advised that sightings of the royals were fairly common especially as Harry and Meghan live just down the road so any fan of the royal family would be a good plus one, and of course fans of Cirque du Soleil will be in heaven.

Final Word: It’s a clever collaboration between the two venues which are only 10 minutes apart and a great idea for those who don’t live nearby and want to have a fuller Cirque du Soleil experience. Although Royal Garden Hotel has five stars I felt the afternoon tea was not worthy of this accolade as unlike Cirque du Soleil there were no showstoppers.

Like this? Try these: 7 of The Best New Afternoon Teas