After four years of living in Brighton, I finally caved in to join the long ol’ commute back and forth each day to the big smoke. Fast-forward to now, when the opportunity arose to spend the weekend glamping and being a tourist in the city where my heart lies, Brighton, I jumped – quite literally – at it. Not only did it allow me to go into full on tourist mode but it meant leaving a little earlier to miss the rush hour commuters.

What actually is glamping?

Glamping has hugely been on the rise over the last few years, with more and more people doing staycations rather than flying across the world for 2 nights over a bank holiday weekend. Not to mention, it’s hoards cheaper. This being said, Instagram and Youtube is flooded with influencers also jumping on this bandwagon doing ‘glamping’ house tours of their bougie yet extravagant festival yurt retreats.

Having grown up going camping every summer, in a flimsy tent, rock hard floor and an old sleeping bag, the thought of glamping seemed like a total upgrade for me. It’s the complete opposite of staying in a supposedly “waterproof” tent – it really is glamourised with all the amenities you could wish for. Especially at the pods I was staying at Experience Freedom.

The location, of course, is a huge selling point for the pods. Just two miles from the centre of the gloriously eccentric Brighton. Filled with lane after lane of antique and quirky, independent outlets (or, if you want to argue that they’re actually spelt ‘laines’ then go on, I’m over the feud.) In Brighton, every walk of life can feel comfortable. Whether you’re an old rocker at heart, a stress-ridden student or even from the North Pole! It’s a city that attracts not only for the sea but for it’s diversity.

Only a 15 minute stroll from the site is also the Brighton marina – said to be in the top ten most photographed places on Instagram. The busy yacht harbour is filled with both chain and independent eateries, shops, a cinema, bowling alley and even a little electric railway to take you to the pier for a small fee. If you’ve escaped the city to get away to the country, it’s also super close to the South Downs and Sussex countryside. The perfect opportunity to revel in the beauty of the countryside even if it’s only for a fragment of time – it’s something I love to do to clear my head from the hustle and bustle of commuter life! If you don’t have a car, you can grab a bus from the city. 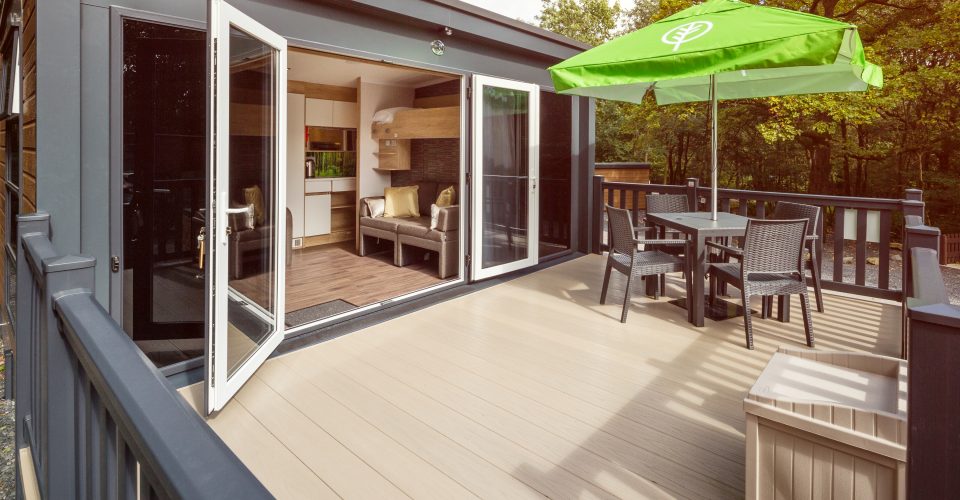 Having spent all day at work, followed by a train and taxi ride to the pods, we were all relieved to arrive. Not to mention being greeted with glasses of prosecco and snacks is always going to be a bonus! Tucked away in a small valley, the first thing we all noticed were bunnies hopping freely around the camp, definitely a rarity for a city eye. Having always dreamed of one day owning a camper, I was in awe of the luxed out campers in their swanky RV’s – some waaaay nicer than my flat over in Hove but lets not go there. One thing that’s always comes as a surprise is how relaxed everyone is when they’re camping, with music and laughter coming from all parts of the camp.

After walking up through the dog-filled site, up to the glamping area, we landed at our pods. I was utterly surprised by how compact, yet spacious they felt inside. All included a pull-down double bed, small sofa bed (and a child’s bunk-style bed). All with bedding, en-suite bathroom facilities, cooking equipment – you name it, any everyday essential was almost certainly! There was even wifi and bluetooth speakers which took us by surprise when music came blaring out at the touch of a button the following morning. The daily luxuries you definitely don’t get when you’re just standard camping.

Anyone who is still dubious, you’ll be won over by the views. When visiting Brighton you’re more or less guaranteed a view of the sea – from at least one window, no matter how far the distance. The view from our pod fulfilled that vision of over looking the sea from afar – definitely the perfect spot to watch the world go by.

If you’re headed into the city like we did, then definitely hit up the Volk’s Electric Railway. It’s an easy way to head into town (and a chance to feel like a big kid waving at the passersby!) If you’ve looking to continue to revel in your younger days, a good place to head is the Brighton Zip – it’s the longest and fastest zip wire along the South coast. Home to a duel 300 metre duel zip wire and a 24 metre drop zone. Don’t be daunted by the length, it’s super fun! Although I was too much of a wimp to try the  drop zone, which dare I say was totally entertaining to watch others try, the zip wire itself was exhilarating. You get the opportunity to go down with a pal or partner on the opposite wire too – another chance to feel like a kid racing against one another.

Living in Brighton during May is my absolute favourite with the reason being the Brighton Fringe and Brighton Festival. So many events, performances and bizarre showcases happen across the month in hundreds of locations around the city. Whether you’re a fan of dark comedy, performance art, exhibitions or just want to experience something new. It’s a chance to watch something you might not have ever even thought about. A personal favourite of mine is hitting up Spiegaltent or The Warren – two pop-up venues in the city filled with the weird and the wonderful.

For me, I’ve always saw the i360 as a bit of an eyesore for the city. Confused but intrigued, we went through British Airways ‘customs’ which felt a little surreal but it was all part of the charm none the less. Despite being slightly dubious about what to expect (and the weather unable to decide if it wanted to pour or shine), the views were outstanding. The weather had brightened up for the thirty minutes we were up the tower. It’s in the title, but there are 360 views of the rolling hills surround the city, intertwining city streets and clear views of the wind turbines out at shore. First one to spot the glamping pods is the winner, go!

If you are visiting the city for the first time, VisitBrighton is the best place to find what to do and discounts on attractions, too.

The age old idiom of being by the seaside means you’ve got to have fish and chips is no more. Don’t get me wrong, there are plenty of chip shops along the front to fulfil the fantasy if you desire. Lovers of seafood should head to either The Melrose or The Regency (located next to each other!) Definitely not forgetting, Buddies, which is every students staple after a night out as it’s open 24 hours. But there’s also restaurants upon pubs upon cafes of all cuisines, price range and styles.

On the Friday night, we planted ourselves at Moshimo. It was bustling with customers, conveyor belts of sushi circling around the middle and busy waiters and waitresses rushing around. That being said, the environment fit the stylish, well-presented decor. If you think sushi is just about raw fish you’re totally wrong. Being vegan myself, there were endless options with meat and protein substitutes. All of which were a winner with both the veggies and meat eaters-alike.

Saturday before the i360, we headed to the Brighton Beach Club. Offering a modern take on British food and drink, a lot of the table opted for some of their fish and seafood specialities. The mussels marinières in a shallot, white wine, parsley and cream sauce, with fries were a huge hit along with their incredible vegan Moving Mountains burger, left oozing with beetroot ‘blood’. They even do posh fish and chips if you really want to satisfy your seaside craving.

Of course, if the weathers perfect you can just sit on the decking where there’s a BBQ and outdoor table set up. Stock up on burgers and beers and you know dad will be grilled with happiness…

Brighton – a quirky city with an amusement park on a pier 🎡 , pedestrian only lanes full of bars restaurants and cool little shops 🍻 and a Pavillion in the center which kind of looks like a mini taj mahal 🤷🏻‍♀️ ⠀⠀⠀⠀⠀⠀⠀⠀⠀ A city definitely worth visiting! 🧡 ⠀⠀⠀⠀⠀⠀⠀⠀⠀ #brighton #brightonpier #brightonsunset #fishandchips #morefishandchips

You might think I’m biased because I live in Brighton but for me, it has it all. The sun (occasionally), the sea (not blue) and the people. If you’re feeling adventurous but not quite ready to go full-frontal with nature, glamping is the next best thing. Ditch your wellies, grab your heels, and you’re set to go glamping.

Experience Freedom from the Caravan and Motorhome Club provides a range of glamping accommodation in beautiful locations across the UK. The glamping pods at the Brighton site offer comfortable accommodation for up to two adults and two children. The peaceful site is located just two miles from the lively centre of Brighton and a mere 15–minute stroll from the marina. To find out more or to book, visit www.experiencefreedom.co.uk