Tucked away down a nondescript side street in the heart of Bloomsbury lies an equally nondescript restaurant. It would be quite easy to walk past Salaam Namaste – in fact, from the outside the only feature that might turn your head is the smattering of awards and recommendations adorned in the front window. Indeed, even the interior seemed to have relatively little by way of ‘wow’ factor, with a simple (if not elegant) red and white colour scheme and a small, square dining space. However once inside you’re transported from the cacophony of bustling London, and into the intriguing world of Salaam Namaste’s mystique. 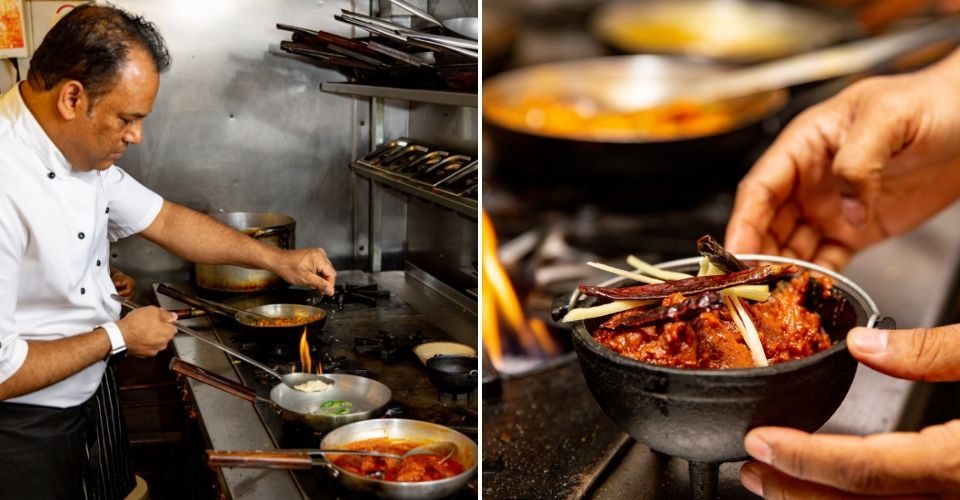 It was only once we were seated and had a glance about the room that we spotted the walls, proudly showcasing prints of certificates, rave reviews by the likes of Fay Maschler, and photos of chef-patron Sabir Karim celebrating his win at the 2012 Asian Curry Awards. If the decor was modest, the food certainly was not. A favourite of Tony and the discerning Cherie Blair, Salaam Namaste has built a quiet reputation for itself for serving some of the finest Indian fare outside of the subcontinent.

The menu draws inspiration from all corners of the country, as well as from Pakistan and Bangladesh. Simple street food staple tokri chaat kicked things off, with the beautifully presented potato baskets holding a surprisingly flavourful offering of chickpeas, turmeric and coriander. Giant char-grilled prawns were equally well spiced, packing a pleasing punch with green chilli and mint. A South Indian take on mashed potato (the best ever tried, according to my guest) made a bed for amritsari champen, or baby lamb chops, with the meat more than holding its own against a bold ginger marinade.

With prices for these starting dishes a modest £6-8 a pop, I was a little wary of Salaam Namaste’s grasp of profit margins, particularly when portion sizes rivalled those of the local takeaway. A main dish, a sizzling tandoori grill of spiced tilapia fillets and pan seared cumin scallops seemed to take up half the table (with no complaints from either party). Tilapia – not a fish I can say I’ve come across frequently – tasted deliciously fresh and stood out for me as a highlight of the meal. More lamb, this time with apricots, a favourite of the Parsi community of Mumbai, our waiter explained, was served with fresh baked Peshwari naan, spiced lentil popaddoms and homemade chutneys. 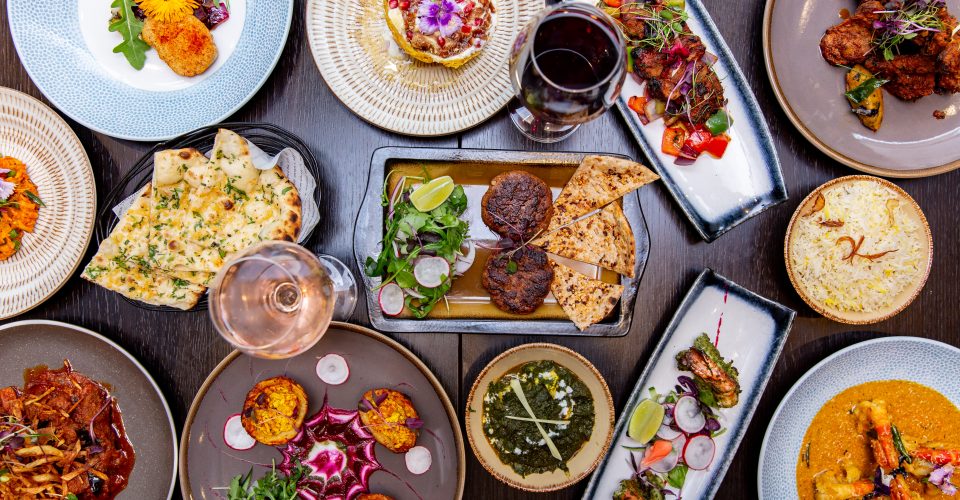 For those not brave enough to venture far past the usual suspects of korma and tikka, Salaam Namaste has you catered for. But opt for the more unusual dishes and you’ll be richly rewarded. This is truly inventive, considered and vibrant food, more than worth a trip down to. I’m half hoping the understated decor doesn’t see a revamp any time soon – I’d quite like to keep this hidden gem to myself…