What? Señor Ceviche is a lively Peruvian restaurant and cocktail bar in Charlotte Street showcasing some of the most colourful and vibrant Peruvian plates in the heart of London (and definitely not just Ceviche!).

New? An evolution. The original Señor Ceviche launched as a rave reviewed pop-up four years ago. In 2014 they opened their first permanent restaurant in Kingly Court, Soho and after even greater success they launched this restaurant in foodie heaven, Charlotte Street this May.

Where? Set between Goodge Street and Tottenham Court Road in the heart of Fitzrovia. 18 Charlotte Street, Fitzrovia, W1T 2LY,  www.senor-ceviche.com

On the Menu: A simple menu of small Peruvian plates broken in to three distinct sections: Para Picar (literally “to snack”), Ceviche and Tiradito and Peruvian BBQ. The small dishes come thick and fast and exciting, tangy, sweet and sour flavours hit your mouth with every bite. We found the Pisco Sours from the Pisco bar in the basement to be the best way to quench our thirst throughout.

The Look: Set over three floors, the restaurant has echoes of Lima’s grand colonial architecture with its deep blues and smart wooden panels blended with the vibrant colours of the more bohemian Barranco District of the city. Think of feasting al fresco in a Peruvian mansion on a clifftop with the finest artists, musicans and designers Lima has to offer. As well as the restaurant and basement bar, there is also a mezzanine and a terrace where you can watch London go by. 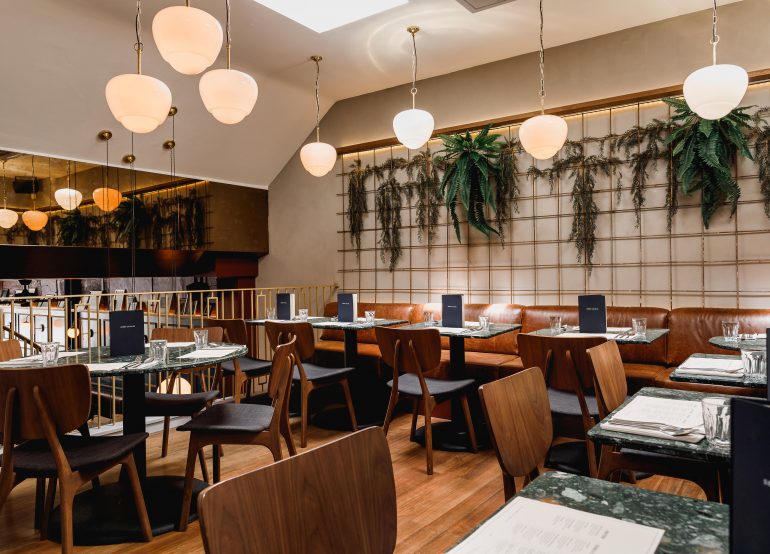 What We Ate: After a couple of delicious Pisco Sours and before the main event we started with some “Chifa Chicharrones” – slow cooked, crispy pork belly squares with delicately sweet soy sauce. Not evocative of classical Peru and as with a lot of the menu influenced by Japanese flavours (the Japanese immigrated in their thousands to Peru in the 1800s, indeed their last president was Japanese) but nonetheless very tasty. The calamari with a lively pickled jalapeño miso salsa definitely livened the taste buds but to be honest the Ceviche really was the unequivocal star of the show. Despite the Ceviche craze sweeping London over the past few years, it’s been a while since we have tasted better. The “El Classico” sea bass ceviche lava’d in a fresh, tangy leche de tigre (or tiger’s milk for the non-linguists), sweet potato puree, choclo corn and red onion was cracking and the “Nikkei Ceviche” a fabulous mix of marinated tuna, sea bass and ponzu (a citrus based sauce commonly used in Japanese cuisine), really exciting. We finished with some sweet and sticky slow cooked “Pachamanca Pork Ribs” which provided a welcome contrast to the beautiful tangy, sour flavours omnipresent in Peruvian ceviche dishes. What I love about Peruvian cuisine and in particular Ceviche is that you leave the table feeling like you have just had an ice cold dip in a river on a scorching Summer’s day – refreshed and ready to tackle the world. 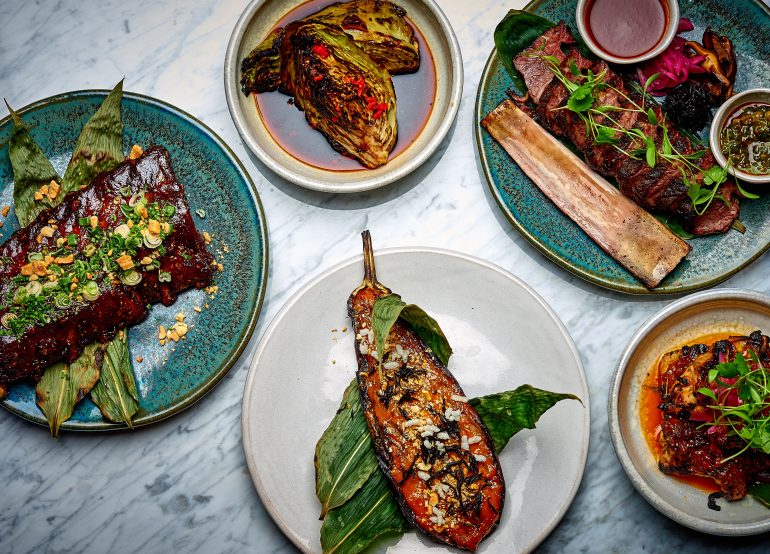 What We Drank: It began with a “P”, and ended in “isco” – we probably had too much of it, but time flies when you are having fun!

Go With: A group of friends you haven’t seen for a long time who you want to “settle” in with…

Final Word: A taste of luscious Lima rocking London. Don’t go making any big plans for after or any meetings the next day if you like Piscos though.

You've successfully registered for our newsletter!
Click to hide this message
Win A Month’s Supply of Bodega Bay Hard Seltzers No spam, just a chance to win
Thanks! Your submission was successful!
By entering you are accepting The Handbook's terms & conditions and allowing The Handbook to contact you. I'm okay without this in my life