What: A new Mary Poppins-themed afternoon has landed at 51 Buckingham Gate (via umbrella we imagine) as part of 51 Buckingham Gate’s English Classics Reinvented campaign which has also seen themed teas like Sherlock Holmes and Alice in Wonderland.

First Impression: Having already reviewed a different afternoon tea at 51 Buckingham Gate and enjoyed the experience I was keen to return. It just has that classic old school luxury that I love and having afternoon tea in lovely surroundings with attentive staff is a worthwhile experience in itself.

On The Menu: The sandwiches, described as Supercalifragilisticexpialidocious Savouries, have options like cheese and tomato with the twist of redcurrant jam, and roast beef and horseradish cream cheese rolls on brioche with English mustard. With any themed afternoon tea it’s the sweet section where the creativity really comes out, every cake is based on a prop from the film for her hat and umbrella to his candy-striped jacket – all served on a musical, twirling carousel. 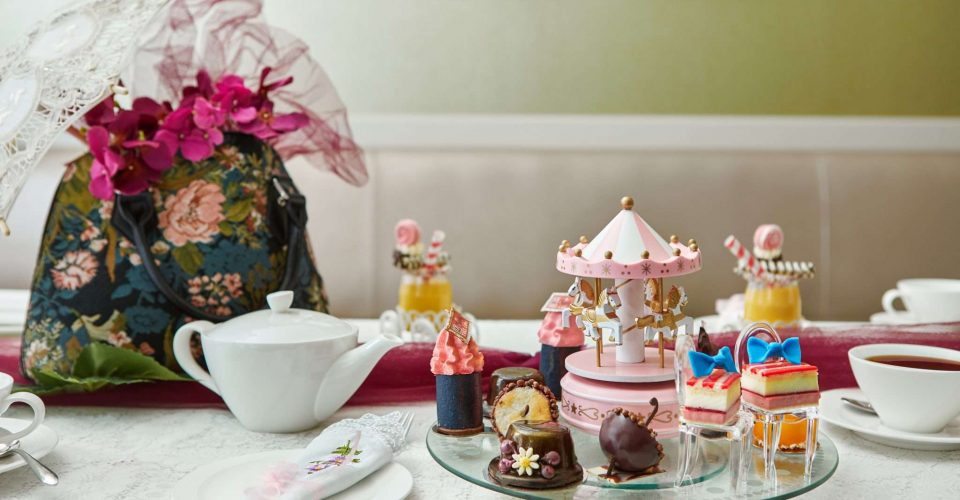 The Look: The table is decorated in purple adornments with handbags adjacent, as above when the tea is served the sandwiches are on a normal serving stand but the sweets are on a carousel that the waiter winds up so it can launch into song – much to the chagrin of other diners I imagine.

What We Ate: I actually really enjoyed all of the sweets for once, the only one I wasn’t keen on was the Magic Umbrella which was a banana and passion fruit compote on chocolate sphere (complete with a chocolate handle) but this may have been because I momentarily confused it with Mary’s Hat which is a salted caramel ganache with crumble hazelnut genoise and I never quite recovered. The actual hat had this amazing salted caramel in which was amazing. The scones were served warm with clotted cream and… fig jam. I’ve tried many an afternoon tea with many different offerings to accompany scones from chocolate spread to orange jam (not marmalade) and fig jam rates the lowest for sure. 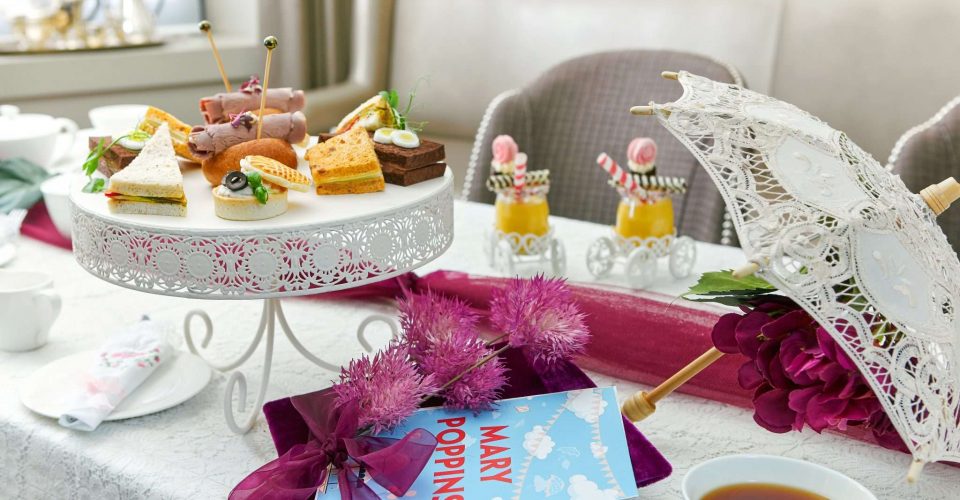 What We Drank: Before you begin your tea, you are served a small mango milkshake topped a (delicious) mini brownie, mini macaroon and chocolate swirl on a sweet (pun intended) cart – very Instagram worthy.

Go With: Someone with a sweet tooth, fans of the film will also love all the attention to detail.

Final Word: You could say, it was practically perfect in every way – except the fig jam.

Like This? Try These: The afternoon teas you need to know about