5* hotel, The Halkin’s website ‘promises an elegant and discreet environment….faultless service, award-winning cuisine and Asian-inflected style’ and I can confirm that The Halkin certainly keeps to its promises.

Tucked away on Halkin Street between Victoria and Hyde Park Corner the hotel, which opened in 1991, is in the perfect location for exploring London, whilst still being on a quiet street. We only had to get across London to reach it, but the train was delayed between Clapham and Victoria, which took an age and then on the other side there were scenes like something out of the Day After Tomorrow with people trying to get onto the trains, so by the time we reached The Halkin we were suitably stressed. 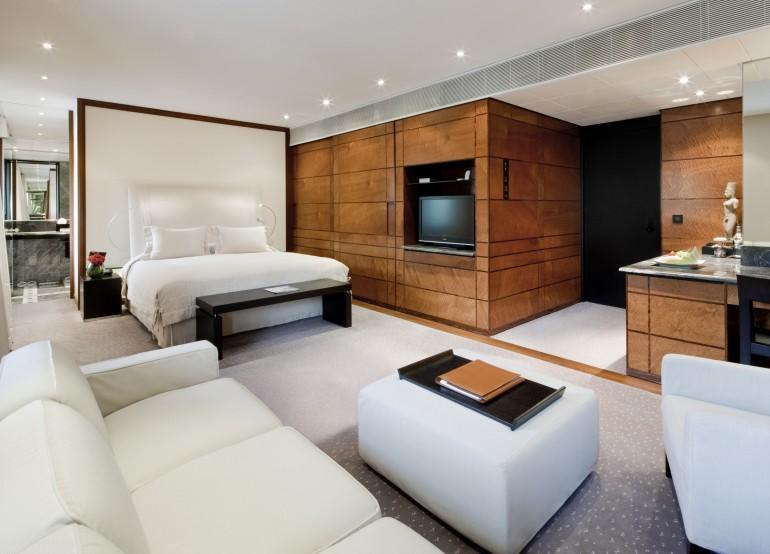 Yet as soon as soon as we were inside that all subsided as our luggage was taken from us, we wiped away the tension with hot, lemon towels and were shown our room. Alongside a gym, bar, the private dining room and the Ametsa restaurant; the hotel has 41 rooms and suites, ranging from King Double Rooms to the COMO Suites at the top of the building. There isn’t a spa but their sister hotel, Metropolitan by COMO, London is a five minute walk away and guests have access to the COMO Shambhala Urban Escape which offers Asian-inspired therapies. 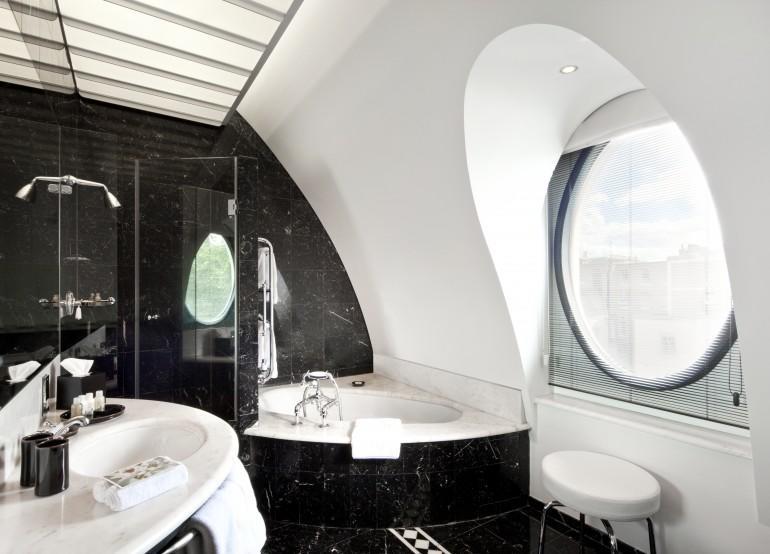 Another promise is that the hotel is a home from home, I only wish my home was like this. The minimalistic, spacious, cream suite had the softest of carpets, sofas to sink into, the biggest of beds and the fluffiest of pillows. Hands down it was the comfiest bed I have ever slept in which is definitely a valid excuse for not making it to the gym in the morning…right? The marble green bathroom had the deepest bath I had come across, being more akin to a swimming pool, well a small pool, but still. Little touches such as the Como Shambhala products in the bathrooms, especially the big tub of bath salts, the waffle robes and the newspapers in the morning added to the luxury.

Michelin-starred dining is found in the Ametsa  with Arzak Instruction restaurant, which is a unique collaboration between Elena Arzak and her father Juan Mari Arzak, with Sergi Sanz as Executive Head Chef. The restaurant keeps to the same minimalist design as the rest of the hotel, but look up at the ceiling and you’ll see that it is covered in thousands of receptacles filled with different spices, the effect being both striking and quite unusual. 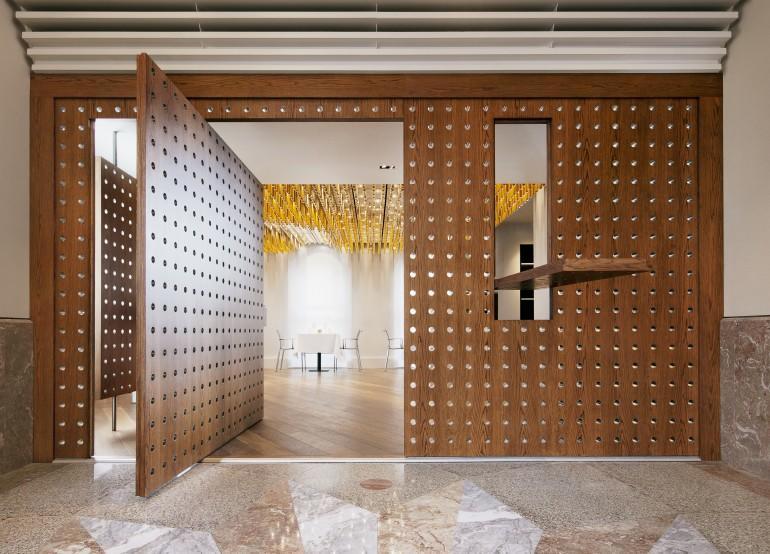 The Basque cuisine that is served is contemporary and experimental with a Heston vibe to it. We were there for the tasting menu, 11 courses with matching Spanish wines. Expecting to be rolled into the lift after all courses we didn’t feel horribly full, as the waiter told us this is because butter, cream and cheese are barely used – so that makes it healthy, sort of. Stand out dishes were the langoustine with red lichens and the suckling pig on carob crumbs. When it came to pudding we had both an orange French toast with crisp spinach and ‘The Big Truffle’, which as the name suggests was a big truffle which satisfyingly disintegrated under the molten hot chocolate sauce that was poured over it. Everything was served with an air of finesse and service was excellent, as it was throughout the hotel. 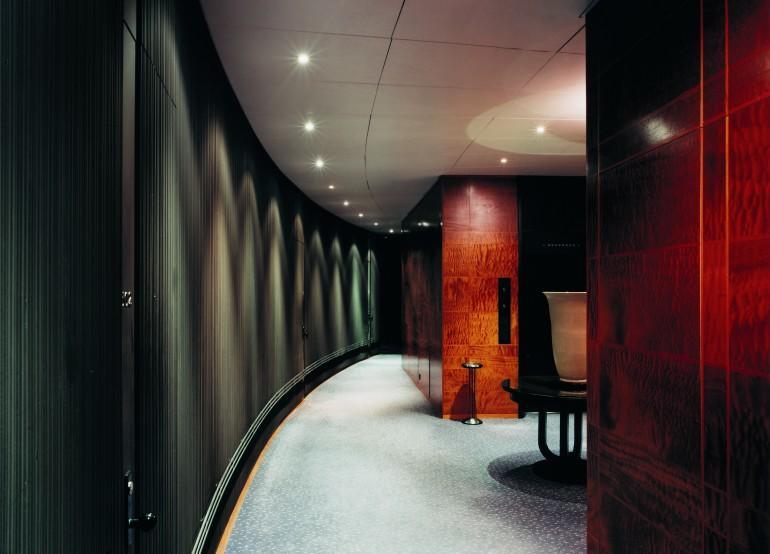 In the morning you’ll find an extensive breakfast menu of pastries, fruit, cereals and both sweet and savoury dishes, which although is served in the restaurant, isn’t Spanish. We went for scrambled egg served on a slither of toast and smoked salmon which was decorated with caviar, it was a generous portion of salmon, but the scrambled egg and toast weren’t quite to the same standard.

That said The Halkin really is an exceptional hotel, plan your midweek escape or book in your friends from out of London now.

3 Lucky Winners: Win £300 To Spend At This Fine Jewellery Marketplace