The key to taking your mother out for a birthday tea is to pick somewhere that she’ll actually like. This may sound obvious, but it can be hard to remember exactly what sort of food the woman who served up your spag bol whilst you pored over chemistry textbooks actually liked herself. She may have raised us on an experimental diet (That kid who asked for extra olives in the school canteen? Me), but now that we’ve fled the nest my mother has instilled a stringent healthy eating regime. I view this diet the way I do corduroy jackets or dogging – fine if you’re into that sort of thing, but not really my scene. I decided we needed to loosen the reigns, and I began the quest to source a birthday venue. 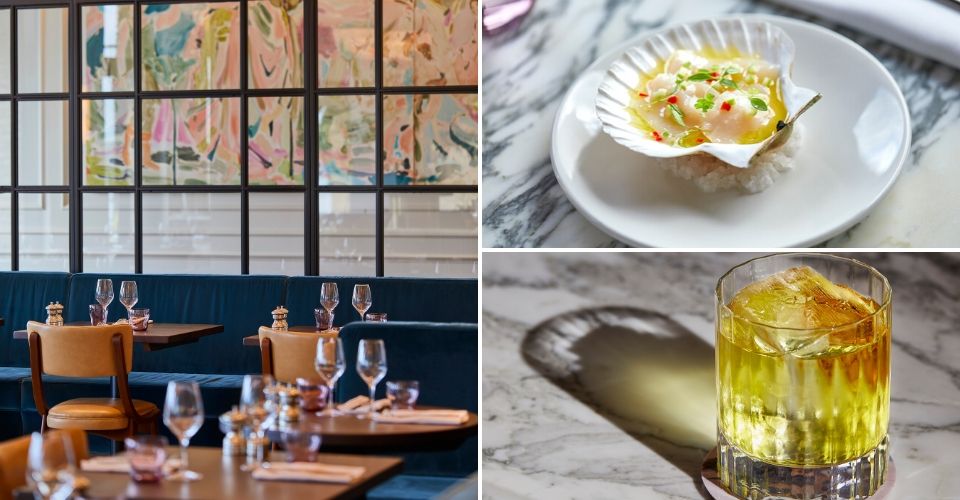 Sam’s Riverside, which boasts a modern European menu, is a sister to former venues Sam’s Brasserie in Chiswick and Balham’s Harrison’s. It was exactly the sort of thing (I think) my mum likes – smart, sophisticated and somewhere you don’t have to do the dishes afterwards. Combined with Sam’s stellar track record and some epic river views, it seemed the perfect place to celebrate.

In the 24 glamorous years that I’ve known her, my mother has never been late for a date. After all, this is the woman who sat at the kitchen table for weeks before our UCAS forms were due, meticulously compiling our sub-par achievements in ballet and swimming, so there would be no panic that our brief foray into parkour was missed off our university applications. So, when I arrived at Sam’s Riverside and glanced through the panoramic windows into the buzzing interior, I knew she’d be waiting to meet me. We were greeted by the eponymous Sam and two glasses of champagne, delivered to a corner table by the window.

Welcome dishes arrived from the kitchen. Scallop ceviche was an elegant partnership of fragrance and tartness. Parmesan churros were light but decadent. When we came to order, Mother Rudd chose grilled octopus, served with pimenton potatoes and saffron aioli. It was charred to perfection; she was impressed. My own serving of clams and braised trotter was seasoned with a healthy dose of smugness. I ordered an achingly delicious bottle of Chateau La Sable to celebrate my cleverness. She never misses anything, my mother, and therefore is a worthy critic. She eyed up each dish with the unflinching gaze of a Gestapo agent (it must be the German in her), with not a clamshell going unappraised. Sam’s Riverside was, unsurprisingly, more than up to the task. 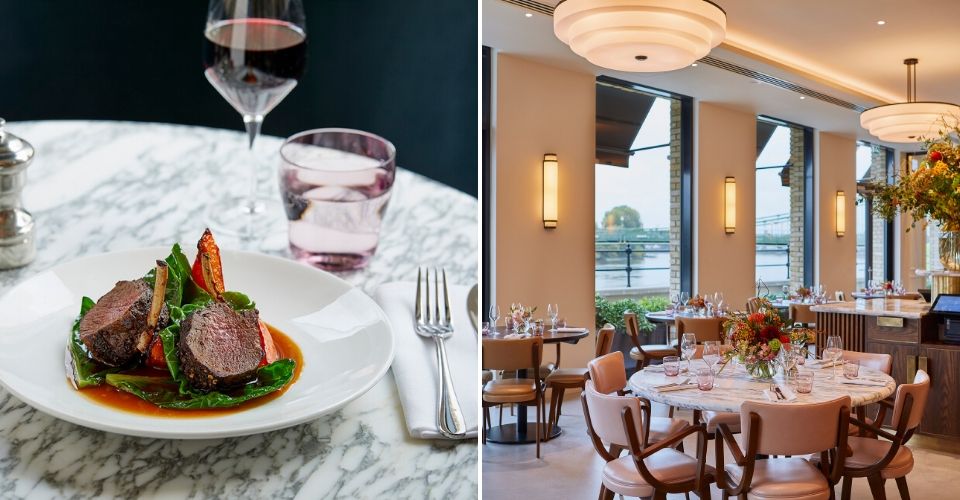 Our main courses continued in a similar fashion. Pork shoulder with chimichurri was devoured alongside sides of creamed spinach and mashed potato; the sort that was so smooth it was really just showing off. Grilled butterflied sardines (“I bet your Dad wishes he could make these!”) were an object lesson in the value of doing a few simple ingredients exceptionally well.

I’d briefly mentioned to the hostess when I arrived that it was my mother’s birthday. At the end of our meal at Sam’s Riverside, a team of waiters approached our table.  The buttery fig pudding that now floated towards us was surrounded by chocolate calligraphy spelling ‘happy birthday’, with a candle flickering on top. It may have been cheesy, but it was gut-wrenchingly sweet, and it was that care and attention that defined our evening there.

Pudding finished and Old Fashioneds sipped, we took a stroll back to the station, sated and comfortable.

“Even when you go to these special places, do you still like coming home for tea?”

I promised her I did. I had a very happy Mother, even if she did smell a little like sardines and candles. I was rather proud of myself. Eldest daughter points had definitely been achieved. Happy Birthday, Mum. And thank you, Sam’s Riverside.

Burns Baby Burns! Where To Go For Burns Night In London

5 New Recipes To Make This Week

31 Of The Best Restaurants Offering Plant-Based Alternatives This Veganuary

The Best Vegan Supermarket Food To Try This Veganuary

2020 Food Trends: The Dishes That Will Be All Over Your Instagram