What? Japanese/Peruvian fusion dining (Nikkei) in Belgravia. UNI takes its name from the Japanese word for sea urchin – a Japanese delicacy.

New? UNI opened back in 2014 and has recently opened for service on Sundays. 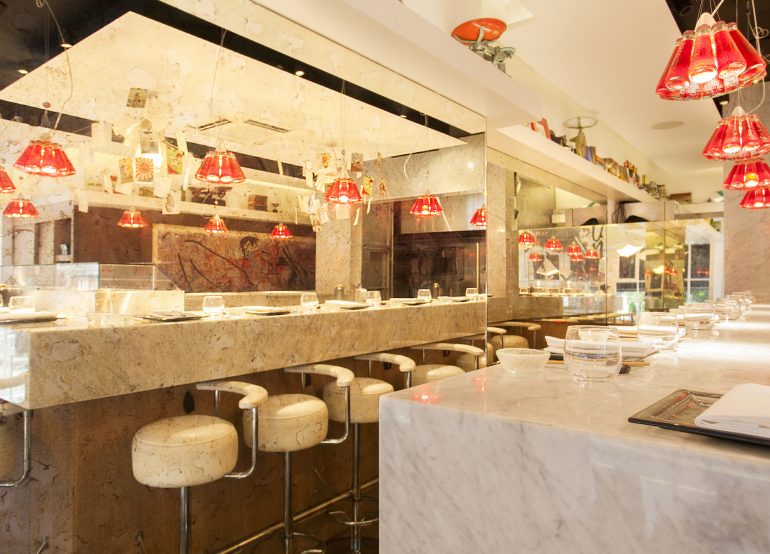 First Impressions: From the outside, UNI isn’t as you’d expect. You can imagine the site being a quaint little cake shop or French restaurant, with its panelled windows but look closer and you’ll see the open kitchen and stairs down to the intimate dining area. Less contemporary than you may expect of a Japanese fusion restaurant, it has a homely feel and that of a neighbourhood restaurant, with warm service. We were seated downstairs at a banquette and given water and menus straight away; a promising start.

The Look: As I’ve mentioned, UNI isn’t as you’d expect, looks-wise. The building has a quaint feel to it, with split levels revealing a big, modern open kitchen upstairs and a cosier dining area downstairs, with striped linen cushions, dark brown leather seats and an eclectic display of antique children’s books on the shelf giving the feel of being in someone’s house. If it wasn’t for the chopsticks and soy sauce at the tables, I don’t think you could guess the cuisine. 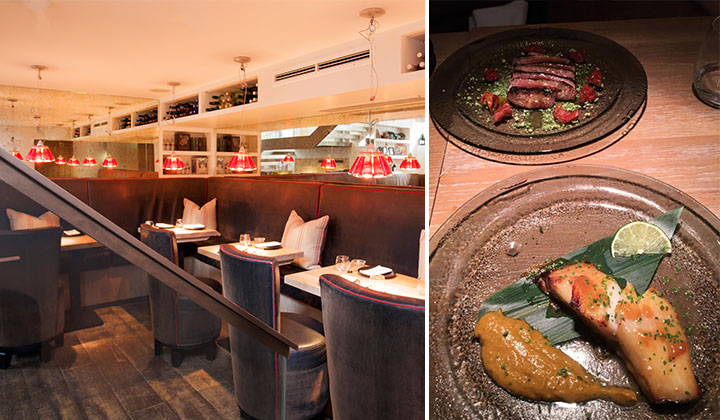 What We Ate: Plumping for the ‘deluxe’ menu we knew we were on to a treat as soon as the Champagne and caviar was brought over. Spicy edamame was followed by a perfectly seared display of tuna tataki and wonderfully transparent yellowtail tiradito – a Peruvian dish somewhere in between carpaccio and sashimi – garnished with edible pansies. Too pretty to eat? Almost.

A traditional sushi selection was up next; salmon and avocado California rolls, tuna nigiri and hiramasa (yellowtail) sashimi. Flawless. The food kept coming out, this time crab served two ways; grilled and ceviche. Both quite unusual takes on Peruvian cooking, the grilled crab wasn’t as charred as I was expecting but huge chunks of meat were tender and just pipped the ceviche to the post – although with sweetness from fresh mango and sharpness from red onion it was a good choice.

So far, so (very) good, but miso black cod and seared Wagyu beef trumped everything; sprinkled with green tea salt and sun dried tomatoes, it was creative but simple. Black cod is my favourite anyway, so as flaky as it was and served with a Peruvian anticucho sauce, it was a winner.

Puddings are often overlooked in Asian restaurants but a chocolate fondant with vanilla ice cream and strawberry ‘cold soup’ with matcha ice cream were a nice way to round off the meal, although the chocolate was a little overcooked so wasn’t runny in the middle as you’d expect a fondant to be. By no means a bad reflection on the meal though, UNI was wonderful. 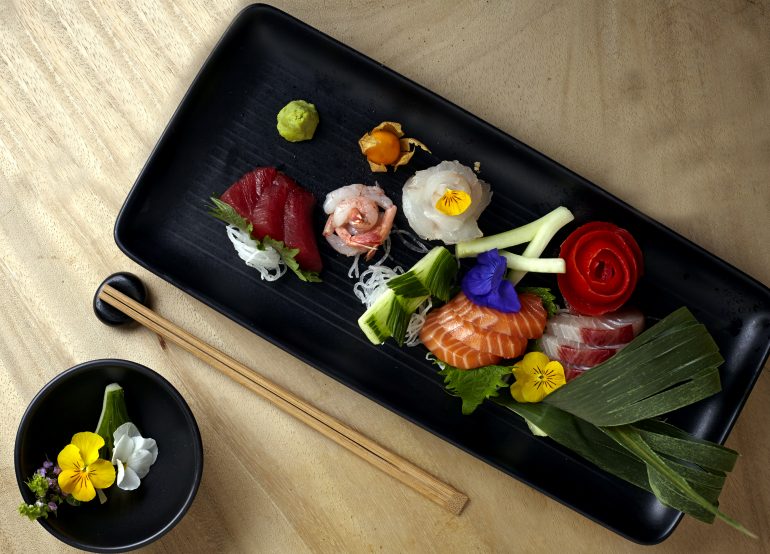 What We Drank: After a rather heavy festive period, we settled on a glass of Chilean Sauvignon Blanc each but sake and a creative list of signature cocktails looked inviting, and suggest you could sit at the bar with a cocktail and a section of small plates if you didn’t fancy a sit down meal.

Go With: We decided the other guests must have been locals so if you live in Belgravia I’ll see you there. If not – go for a special occasion or when you want a polished dining experience with a few twists.

Final Word: Not as well-known as many of London’s Nikkei destinations, UNI is an understated but elegant neighbourhood restaurant with some of the best food I’ve tasted in a long time – ingredients are clearly a key focus and when you’re letting the fish do the talking in the way that they are, that is essential.