What: Remember Lucy Watson from Made in Chelsea? The former reality star with a Marmite personality is a passionate vegan and foodie who has written her own vegan cookbooks and owns a popular restaurant with her sister, fellow vegan and former MIC star, Tiffany Watson.

New? Tell Your Friends opened in May 2018, which seemed like a natural progression for Lucy after her successful cookbooks, and whose father is the executive chairman of the successful City Pub Company.

Where? For a show called Made in “Chelsea” you’d be surprised at how much of the filming takes place in the surrounding area. Knowing that, it makes sense that 2 formers stars decided to set up their restaurant in Fulham. 175 New King’s Road, Fulham SW6 4SW www.tellyourfriendsldn.com

On the menu: The menu is constantly changing but when we went they had options like a bean burger, mac’n’cheese and a Buddha bowl with quinoa, sticky tofu, sweet potato, avocado, pak choi and greens, with sweet sesame sauce that I recognised from her cookbook (and have successfully made).

The Look: I got low-key Miami vibes from the décor; there were touches of gold everywhere with pink and light teal colouring, palm leaves, neon signs and a mix of tiles and bare walls. The high booths had plugs with USB sockets, perfect for work lunches or to charge your phone which always deserves brownie points for thoughtfulness. There is a small outdoor area to catch some rays too. 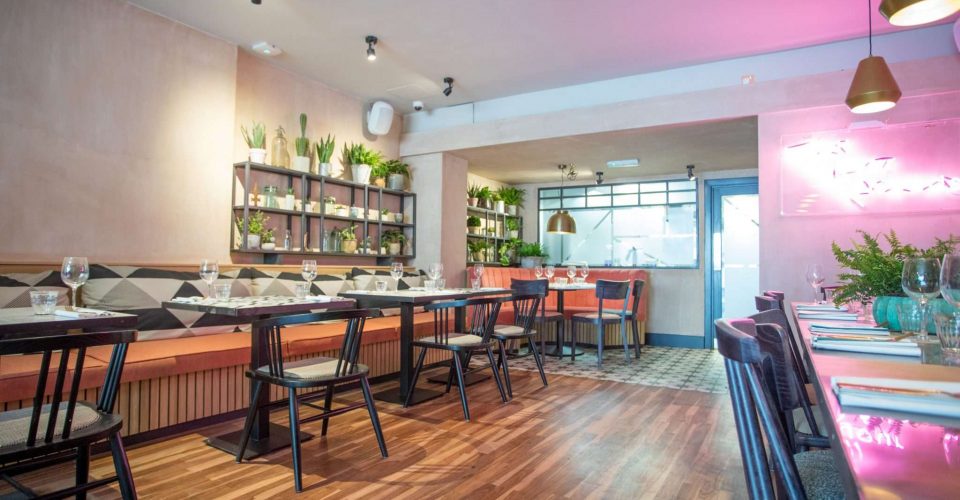 What We Ate: So much delicious food, so little writing space. The Arincini ball was amazing! It’s filled with cashew cream cheese, sunblush tomato, spinach and kale pesto; I can’t tell you how delicious it was although the presentation of the 2 lines of pesto on the Arancini looked like 2 slugs and left little to be desired. The raw lasagne with thin courgette strips layered with cashew cream cheese, walnut Bolognese and Pomodoro sauce was really impressive, although seemingly healthy it tasted amazing and indulgent. The mac and cheese was great too, really cheesy and topped with nutritional yeast which had crisped up whilst being baked for a nice, slight crunch. Minus points for the goat’s cheese and potato salad with caramelised onions and baby leaf salad as it was literally a massive bowl of potatoes. It ended on a win with the lovely vanilla cheesecake and the divine peanut butter blondie – it was moist, sweet and had plain peanuts for that extra peanut flavour. 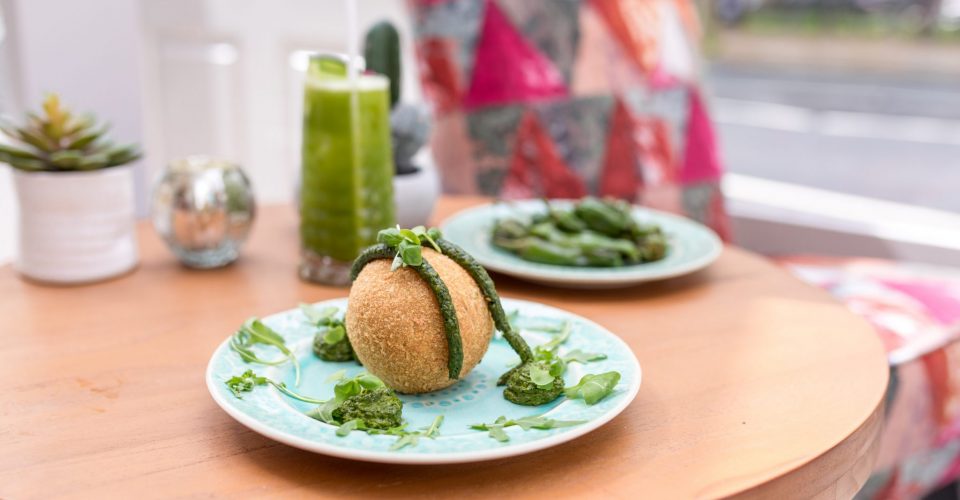 What We Drank: The drinks menu is all vegan including the wine but I felt like giving this a miss and opting for a healthy pressed juice. The Green juice (spinach, cucumber, celery & apple) tasted really healthy but in a good way while the Yellow juice (papaya, orange & pineapple) was more of a sweet treat. To top it off we had a wheatgrass power shot – I know, I know, bow down to our healthiness.

Go With: Everyone, I loved it here.

Final Word: Only recently I was griping that vegan restaurants fall into 2 categories, either junk food or super healthy. Junk food is great, deep fry anything and voila it’s delicious but this can get tiresome after a while – there’s only so many vegan hot dog and fake BBQ bites you can have for dinner before it gets sickly. On the other hand, you have these health food cafes with “raw” this or hemp that, that end up being a chore to eat. Tell Your Friends falls delightfully in the middle, this is where your average vegan goes to eat. People that want normal, vegan food that’s also delicious.