New? As any vegan worth their salt will know, Camden is the place to go for vegan food with more and more vegan eateries popping up by the week. Rudy’s Dirty Vegan Diner is the newest addition as of April 2018, joining neighbours like Young Vegans and V Burger.

Where? It took us no less than 20 minutes to find this place even with Google Maps and asking several other stalls and staff; so you don’t struggle like we did it’s about 10 seconds from The Cheese Bar. North Yard, Camden Market, NW1 8AH www.facebook.com

On the menu: There’s a token salad but apart from that you can expect pure indulgence: mac ‘n’ cheeze, burgers, hot dogs, dirty fries and wings – all bone-a-fide vegan-friendly. 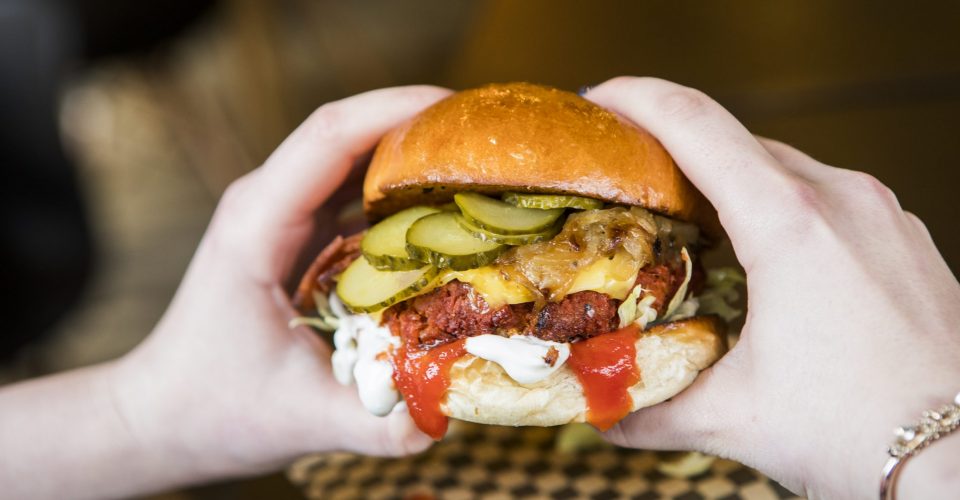 The Look: This is Camden Market so an upscale restaurant it is not but that’s fine, the food is messy and there are going be spillages so you don’t want to be seated anywhere too fancy. It’s fairly small in terms of seating but the food is packaged so as to make it easy to take-away.

What We Ate: Pretty much everything on the menu which in our defence isn’t too extensive but also each item is basically a meal in itself so woops. My favourite was Rudy’s Reuben, a vegan pastrami grilled rye sandwich with all the trimmings – sauerkraut, cream cheeze, grilled onions and Russian dressing. All the ingredients worked together really well, the sauerkraut was quite mild so didn’t overpower the other ingredients, and I’ve never tried or seen anywhere else a pastrami sandwich like this. Their signature Dirty Burger was nice enough but didn’t stand out, I loved the Mac’n’Cheeze topped with baycon bits, crispy onions and sour cream though.

They have a weekly changing menu of American comfort food specials, when I went they were serving Wings with Blue Cheeze which was bites of deep fried seitan in a really nice blue cheeze sauce. If you have any room after that they serve cookie sandwiches in a variety of flavours like chocolate and cherry or chocolate chip and buttercream icing. 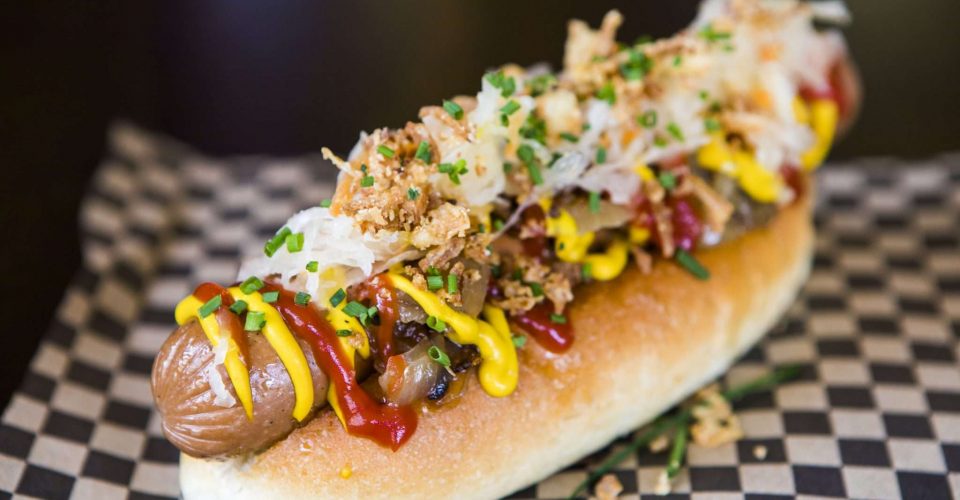 What We Drank: The drink menu is fairly simple, just cans of soft drinks and bottles of water. It would have been nice, especially in the coming summer months, to introduce some vegan shakes or smoothies.

Go With: Someone you don’t mind licking your fingers in front of or wiping sauce off your face.

Like this? Try these: Camden Market, by CHLOE, Wildflower

Win A Natural Skincare Collection Worth Over £250