What: Alongside their meat, fish and vegetarian tasting menus, Michelin-starred restaurant, Texture, has introduced the new and improved vegan tasting menu *cue fireworks and dramatic music*.

New? Fairly new but going nowhere, the new menu will be a permanent feature although the dishes will be subject to change throughout the seasons.

On the menu: Icelandic chef, Aggi Sverrisson, errs on the side of health conscious when it comes to his cooking and sees no butter or cream used in his kitchen, with an effort to cut sugar out where possible. The style of cuisine is modern European with Scandinavian influences so expect dishes like baby Italian artichokes puree in broth with olives and herbs, barley balls with harissa hummus, avocado and fennel, and black rice coconut with lime leaf, lemongrass and Thai basil. 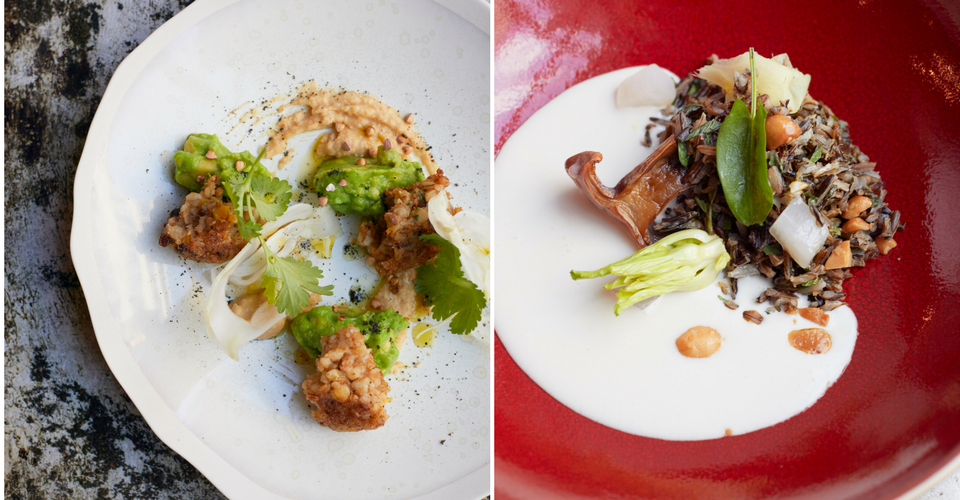 The Look: As I used an actual branch as a door handle and made my way through the velvet curtains at the entrance of Texture I wondered if that’s where the name came from and what may lay in store. The unusual textures calmed down inside though as Texture is housed in a beautifully restored Georgian building with white décor and bare white trees. A wine display with a glass cover creates a slight barrier between dining area and restaurant but the space between allows you to peek in, although the main cooking goes on behind the closed doors further in.

What We Ate: To help our immune systems out of the post-Christmas funk where the majority of the country gorged themselves on various beige foods we were given an appetiser which was basically a chilled beetroot and avocado smoothie in a bowl (ingredients to make at home are helpfully on site). The rest of the menu has a slight undercurrent of Thailand after the chef’s recent trip there starting with Thai vegetable salad featuring pomelo, lime leaves and ginger, and black rice with coconut, lime leaf, lemongrass and Thai basil; the latter was my favourite dish of the night, light and creamy with that delectable lemongrass fragrance and perfectly cooked rice. My second favourite dish of the night were the barley balls with harissa hummus, avocado and fennel, fairly simple but the barley balls tasted delicious and were relatively hearty in comparison to the other more vegetable based dishes.

For dessert the blood orange sorbet in broth with lemongrass and kaffir lime was a bit wish washy but the white chocolate ice cream with dill and cucumber was amazing, it tasted exactly like the real thing thanks to the use of high quality white chocolate that doesn’t contain milk. 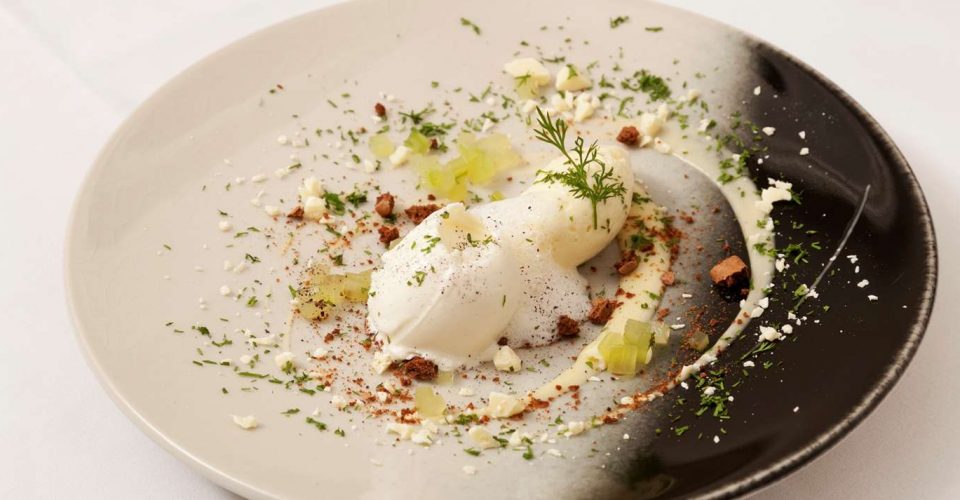 What We Drank: Texture has a very extensive wine menu, as in pages and pages, organised into regions with a similarly daunting Champagne menu. If you know a thing or two about wine you’ll be in heaven, if you’re more into blindly drinking whatever they give you then opt for the wine pairing tasting menu where the wine has been carefully selected for you.

Go With: Your vegan friend, but the fancy one who enjoys alfafa sprouts from Wholefoods not the one who uses aluminium-free deodorant, if at all.

Final Word: It says in their menu description they don’t want to make food that makes you feel uncomfortably full and vegan food in general never seems to be guilty of this crime but it is especially so at Texture. The food seems really healthy and I’m pretty sure they helped me smash my five-a-day goal without even feeling like it. This is the kind of place that vegans deserve, a high-end restaurant that shows knowledge of food by not making the error of over-simplifying or over-complicating the dishes.

Like this? Try these: 11 of the best places for vegan junk food