What: Deliciously delightful dim sum
Where: Broadgate Circle, the City
Why you should go there: The service was, without a shadow of a doubt, among some the best we’ve ever experienced
Favourite thing we ate: Venison puff

It’s hard to know where to begin with Yauatcha. From the service to the décor to the unbelievably good food, we were blown away by the restaurant. With branches in the City, Soho and across India, Executive Head Chef Tong, who has been a part of the Yauatcha team since it began in 2004, says that one word comes to mind when he looks back at the last ten years – pride. Based on our experiences there, it is very easy to see why.

A stone’s throw from Liverpool Street station, Yauatcha is a part of the new and improved Broadgate Circle and its gorgeous design fits perfectly alongside the swish offices of glass and steel that are springing up around it. Step over the threshold and the striking interior hits you straight away. Dark wood, warm lighting and a Chinese fountain make you feel instantly at ease after a long day at the office. This is only helped by the welcoming smiles of the front-of-house staff who quickly took our coats and ushered us to our ready prepared table. 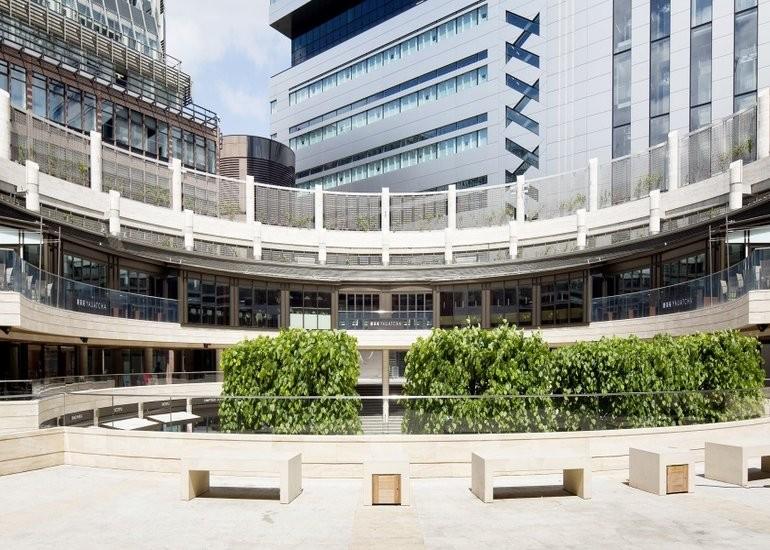 Before even the menus had arrived, we were struck by the attentiveness of the staff. Polite and engaging but without being suffocating and made pre-dinner drink suggestions. We opted for a round of the Thea martinis. Delicate yet spicy, they came specially recommended by our sommelier who took the time to ask what it is that we all like from a cocktail before also suggesting a bottle of crisp red which would accompany most, if not all, of the various dishes on the men

Then came the food which can only be described as glorious. Rather than leave us struggling to decide what to order from the restaurant’s extensive menu, a second waiter took the time to design a three course meal for us. For each dish that arrived, the waiter explained its ingredients and how it was prepared which really added to the entire dining experience as we could picture very clearly in our mind’s eye the care and attention to detail which had been taken in preparing our meal. (At points, we almost felt guilty for eating it!) 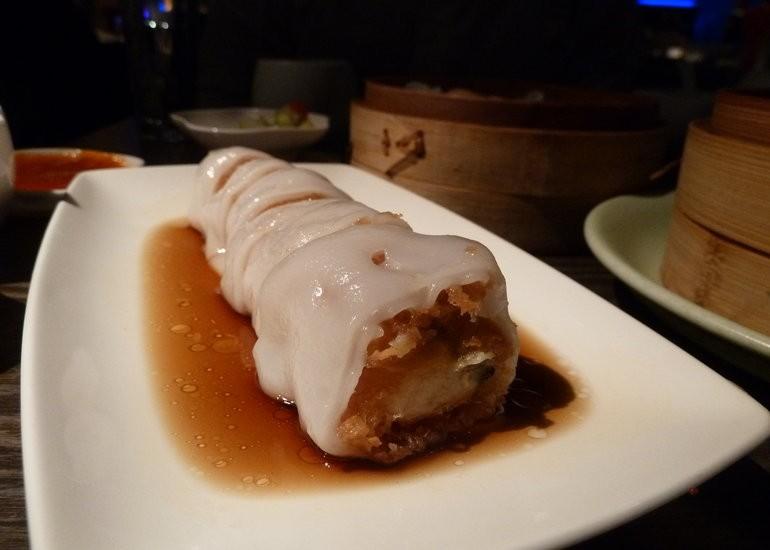 The venison puff, tender meat encased in pastry, was a firm favourite by far. Deliciously soft, the pasty crumbled to give way to meat that was rich, velvety and cooked to perfection. There were two of us at the table yet five of these little balls of heaven and our meal very nearly descended into a jealous fist fight over who should get the fifth. (It ended in a trade off – a black pepper and Wagyu beef dumpling exchanged for the last venison puff).

For dessert, we were treated to a range of delightful macaroons. Vibrantly coloured, these little cakes were the best way to end the meal. The exotic pandan macaroon was so good that, as soon as we’d shared it, we both opened Google to look for a recipe. (Fun fact from the waiter about this dish: pandan is short for Pandanus amaryllifolius, the Southeast Asian plant from which the flavour is extracted).

As seasoned dim sum lovers, we had high expectations of Yauatcha. Across all fronts, it didn’t just meet them, it exceeded them.

Looking for more dim sum? Check out our guide to some of the best dim sum restaurants in London: 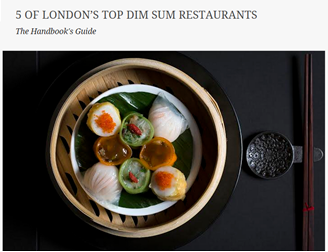 Win A Sparkling Afternoon Tea For Two At The Kensington Hotel