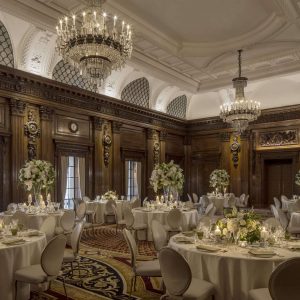 Four Seasons Hotel London at Ten Trinity Square is housed in a stunning Grade II*-listed heritage building, once the headquarters of the Port of London Authority. Steps from landmarks such as the Tower of London, Tower Bridge and the river Thames, the hotel offers an extensive Spa as well as three dining outlets. Michelin-starred La Dame de Pic London offers creative French cuisine by acclaimed Chef Anne-Sophie Pic and Asian restaurant Mei Ume specialises in authentic Chinese and Japanese dishes with a modern approach. Wine Director Jan Konetzki has put together one of the capital’s most impressive wine lists while […]