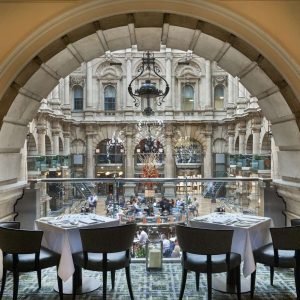 Officially opened by HRH Queen Elizabeth I in 1571, The Royal Exchange was the brainchild of renowned merchant Thomas Gresham. It soon became a centre for the capital’s commerce, bringing together both brokers and merchants. Trading continued for the next four centuries, despite being interrupted by fires, war and construction work, before coming to a halt in 1991. Then in 2001, an extensive redevelopment by architects Aukett Fitzroy Robinson transformed The Royal Exchange courtyard, reviving its trading legacy by giving it a new role housing the world’s most desired retailers and placing it, once again, in the thriving centre of […]