Happy New Year! 2017 is here and with it brings a whole new set of restaurants, bars and hotels. We’ve rounded up some of the top new openings coming to London in the next 12 months and if 2016’s haul are anything to go by (check them out here), 2017 is going to be a great year for city venues: 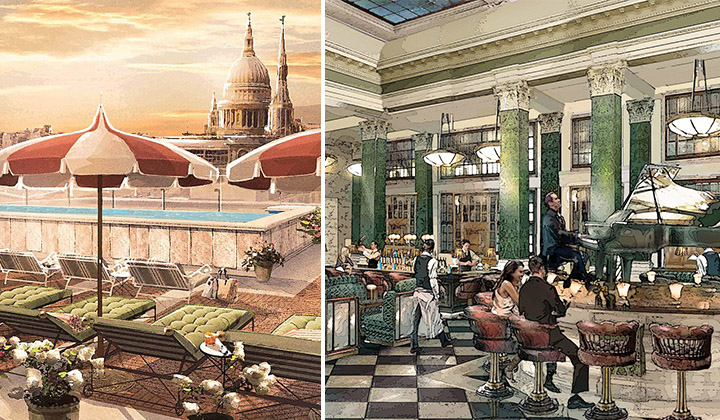 With 252 bedrooms, 9 restaurants, a basement and rooftop swimming pool, gym, spa, treatment rooms, and numerous private rooms, The Ned Hotel (which is the work of Soho House & Co and Sydell Group who already have 17 members’ clubs, 37 restaurants and 7 hotels between them) is already one of the biggest projects for 2017. Taking over the Grade-I listed Midland Bank Building, faded glamour of 1930s ocean liners is the inspiration behind the design whilst the restaurants will cover cuisine from Japan through to Northern Italy. Want to be part of it? Enquire about membership now. www.thened.com

Nobu Hospitality will be opening its first European hotel, the Nobu Hotel Shoreditch, in early 2017. The 150 room hotel will have 7 suites, an 80 seat lobby lounge and a 240 cover Nobu restaurant with an outdoor courtyard with menus developed by Chef Nobu Matsuhisa specifically and uniquely for the hotel. www.nobuhotels.com

Masterchef: The Professionals’ Monica Galetti is opening her own restaurant, Mere (pronounced Mary), in January 2017 with husband David. The Fitzrovia site will be laid-back and inviting with space for 70 guests in the downstairs restaurant and 20 at the bar on the ground floor and a simple, seasonal menu. www.mere-restaurant.com 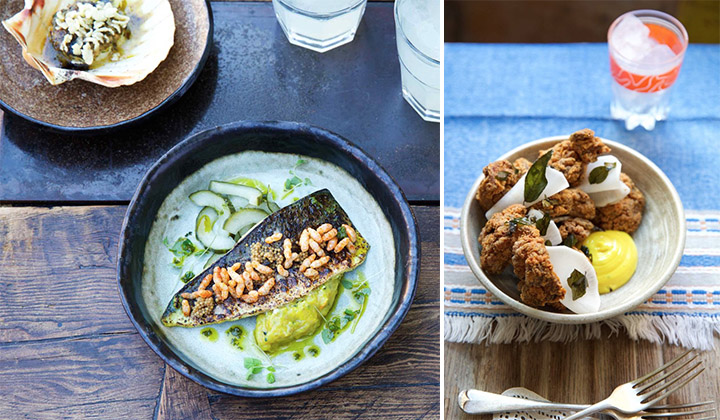 Pop Brixton staple, Kricket, are bringing their Indian small plates and cocktails to a permanent site on Denman Street, Soho. Expect an equally tempting menu of regularly changing Southern Indian dishes, served at a counter around an open kitchen. A dedicated cocktail bar and semi-private dining space will make Kricket Soho as in-demand as the Brixton site. No reservations. www.kricket.co.uk/soho

Martha Ortiz at InterContinental London Park Lane
Opening in the first few months of 2017, internationally-acclaimed chef Martha Ortiz will bring her celebrated Mexican gastronomy to London in a new restaurant located at InterContinental London Park Lane. The restaurant will feature references to Mexican design and culture and will join Theo Randall at the InterContinental, bringing two renowned chefs under one roof to create one of London’s most sought-after culinary destinations. www.parklane.intercontinental.com

Chef Clare Smyth is opening a hotly-anticipated solo restaurant. Clare has been Head Chef of Restaurant Gordon Ramsay since 2007, holding three Michelin stars – the first female British chef to do so. The restaurant, understood to be on Kensington Park Road, was due to open in Autumn 2016 but has been pushed back to 2017. Expect a modern, unfussy twist on fine dining, with a focus on sustainable British produce. No website yet. 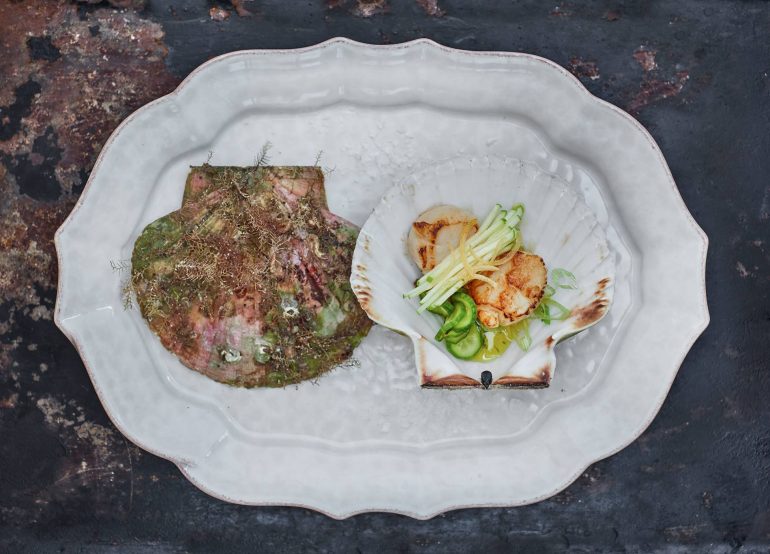 Aster
The latest from restaurant group D&D London, Aster is the new star of SW1, set to open its doors in February 2017, revealing a ground floor café and wine bar as well as a chic restaurant, cocktail bar and two private dining spaces up on the first floor. Executive Chef Helena Puolakka is heading up the kitchen, expect dishes such as Pyrenean lamb shoulder, braised January King and lingonberry; duck breast, salsify, spiced buckwheat and grapes and chocolate with beetroot. www.aster-restaurant.com

Following the recent closure of two Michelin-starred Hibiscus, Chef Claude Bosi is to open a restaurant at Bibendum with Sir Terence Conran. A casual restaurant on the ground floor will be open 7 days a week and retain the existing oyster bar whilst a much smarter fine dining restaurant upstairs will be open Wednesday to Sunday. The existing restaurant will close in January for a refurbishment and will reopen in March or April with the restaurant expected to achieve Michelin star status. Fitting considering the building was once the British HQ for Michelin tyres. www.bibendum.co.uk

Jean-Georges Vongerichten at The Connaught

The restaurant, name yet to be confirmed, will be located at the front of the hotel with its sweeping views over Mount Street in the space currently located by Espelette. Opening in Spring 2017 it will be a relaxed, informal style neighbourhood restaurant serving breakfast, lunch, afternoon tea and dinner. The restaurant will be designed by architect John Heah who has recently completed highly acclaimed work at The Berkeley. www.the-connaught.co.uk 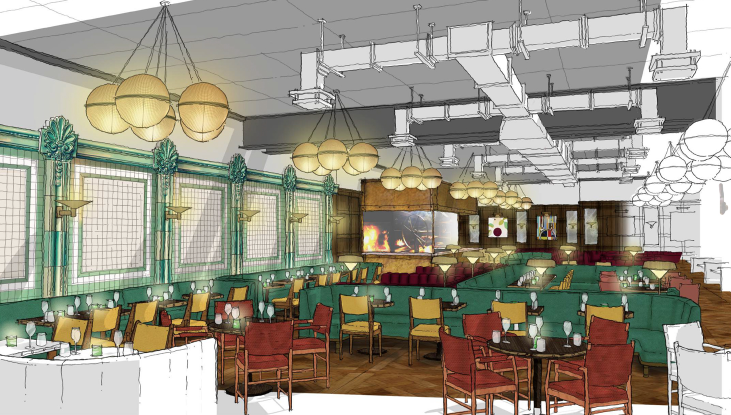 The Other Naughty Piglet

Popular Brixton wine bar and restaurant, Naughty Piglets is coming to the St James Theatre. Andrew Lloyd-Webber is such a big fan of the original that he is backing the second opening, recruiting former head chef of The Clove Club to prepare similar dishes and an equally-substantial, low-intervention wine list for the 60-cover site. www.theothernaughtypiglet.com 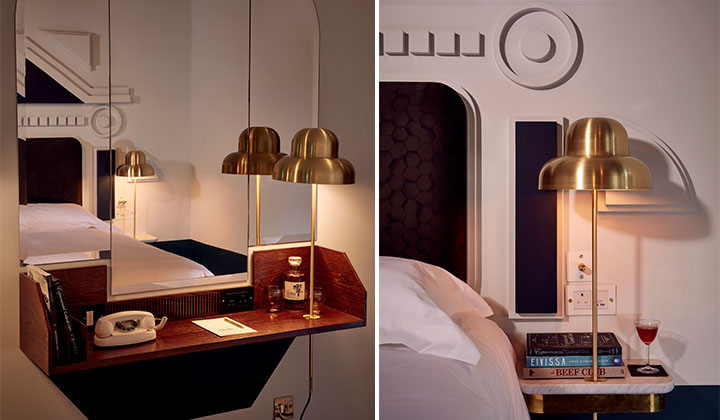 Ollie Dabbous (of Dabbous) is opening Henrietta, a modern British bistro, in Spring 2017. Located in the new 18-room Henrietta Hotel (which will be operated by the Experimental Group of London’s Experimental Cocktail Club) the restaurant will have 80-covers and occupy the ground and first floors of the hotel. Expect a seasonal menu, with “a subtle nod to France” and great cocktails. www.henriettahotel.com

Iconic Neapolitan pizzeria, L’Antica Pizzeria da Michele (if you’re fans of ‘Eat Pray Love’ you’ll know it from the pizza scene) is coming to Stoke Newington in early 2017. Expect authentic Margherita and Marinara flavours, with two rotating specials – the family have been making pizza since 1870 so know a thing or two. Wines and beers are classically Italian too. More information here

The Game Bird at The Stafford

The Stafford hotel is relaunching its restaurant as The Game Bird. James Durrant will be in charge of food (Former Executive Chef at Gordon Ramsay’s Maze and Maze Grill alongside Jason Atherton) serving British food and a focus on game – as the name suggests. A redesign will celebrate the building’s original features and will give a nod to Nancy Wake, an eccentric female spy who spent her final years at The Stafford and was often seen at the American Bar during the Second World War. Brightly coloured velvet fabrics and modern touches of glass and marble bring it up to date. www.thestaffordlondon.com 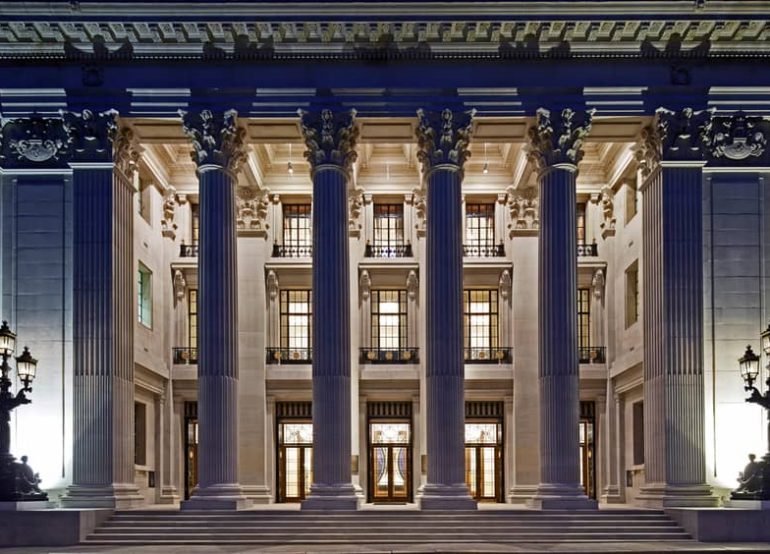 In keeping with the bird theme, the team behind Michelin-starred Pidgin, James Ramsden, Sam Herlihy and Elizabeth Allen, are opening Magpie in 2017. Not much is known except that food will differ from Pidgin with about 30 small dishes served from trollies wheeled around the room. We are expecting a twist on British small plates, with influence taken from traditional dim sum restaurants. www.pidginlondon.com

SUSHISAMBA will be bringing its Japanese, Brazilian and Peruvian fusion menu to Covent Garden’s famed Opera Terrace early next year. Whilst you won’t have the height of Heron Tower you will have the rooftop views across the Piazza and unique new dishes. www.sushisamba.com 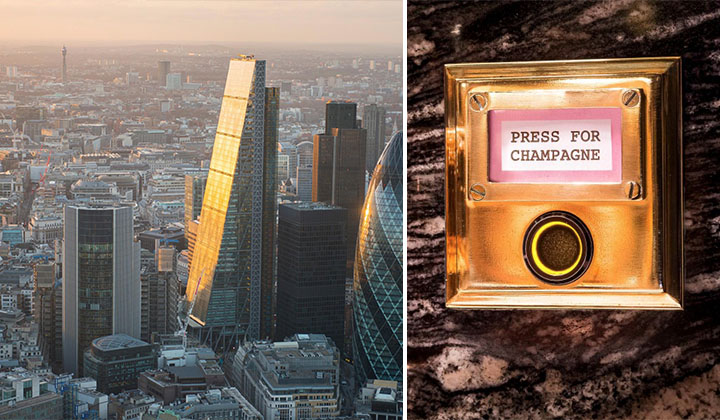 Soho’s Bob Bob Ricard (best known for its ‘Press for Champagne’ buttons) is opening a sister outpost in the city’s Leadenhall Building. Bob Bob Exchange (BBX) will be located on the third floor of the skyscraper, with a 180-cover main restaurant, 9-cover sashimi restaurant and private dining room for 120 split into Standard and Executive class. Live auctions for fine wines will take place inside the restaurant and in addition to seasonal meat cooked over open flames, the Press for Champagne buttons will return! www.bobbobricard.com

Ruth Rogers, co-founder of the Michelin-starred River Café, is planning a new venture in 2017. A rejected planning application on the site of an old car park has delayed proceedings so at this stage not much is known but we expect Lady Ruth to stick to what she does best: unpretentious Italian cooking. No website yet.

Keep up to date with all the new venue openings, as we hear about them, here

The Handbook VIP Membership 7,500 + Events
Contact 62,000 Celebrities
Pick of the Best Venues That Opened in 2016
London’s Most Instagrammable Restaurants